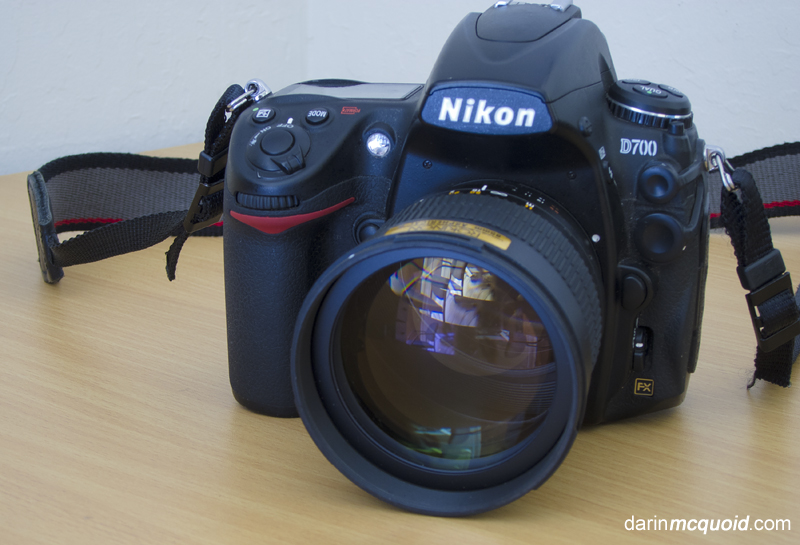 
The older sister to the Samyang 14mm f/2.8. Made by the same Korean company and marketed under the same variety of names as the 14mm; Samyang, Rokinon, Vivitar, Bower, Falcon, Polar and perhaps even other names. My version happens to be labeled Rokinon.The build is quite similar to the 14mm f/2.8,  not as good as an old manual focus Nikkor lens, but about on par with a modern Nikkor professional grade zooms. That's really quite good considering the price!

85-135mm is the standard focal length for portraits, with modern users tending to shift to the wider end of the spectrum. There are a several options for 85mm portrait lenses currently in production for the Nikon F mount:


I'll keep this short since there are plenty of long, in depth reviews about this lens. Performance nearly equal to the Nikkor 85mm f/1.4 lenses for a thousand less. Better bokeh (rendition of out of focus area) than the Nikkor 85mm f/1.8. None of the quality control or price issues of the not exactly cheap Sigma 85mm f/1.4. What's not to like about the Samyang 85mm f/1.4? Lack of auto-focus. Shots will be missed because of focus. Depth of field is razor thin at f/1.4. Candid portraits can be near impossible. On the other hand, if you have a patient model or friend you are shooting for, the lack of AF isn't too much of a problem. That said, if I was shooting a lot of portraits for money I'd invest in one of the Nikkor 85mm lenses, just to lower the stress factor.

Unlike most 85mm lenses that get bitingly sharp stopped down, the Samyang 85mm f/1.4 never really gets that sharp. This doesn't bother me, it's a portrait lens designed to be used at large apertures.


Shannamar Dewey, the background is about 7' behind her. 100% crop inset, unsharpened. 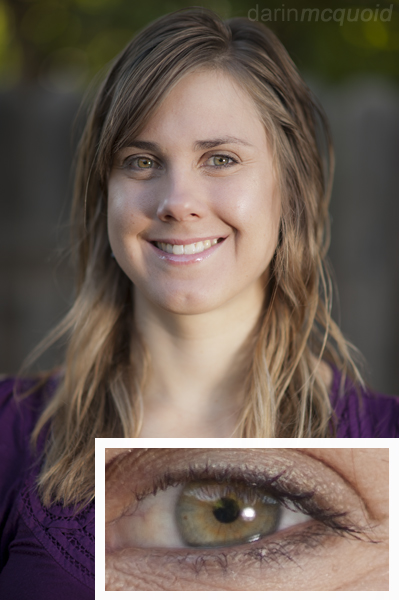 
The lens is quite sharp wide open, about as sharp as you'd want for portraits. 100% unsharpened crop in upper right. 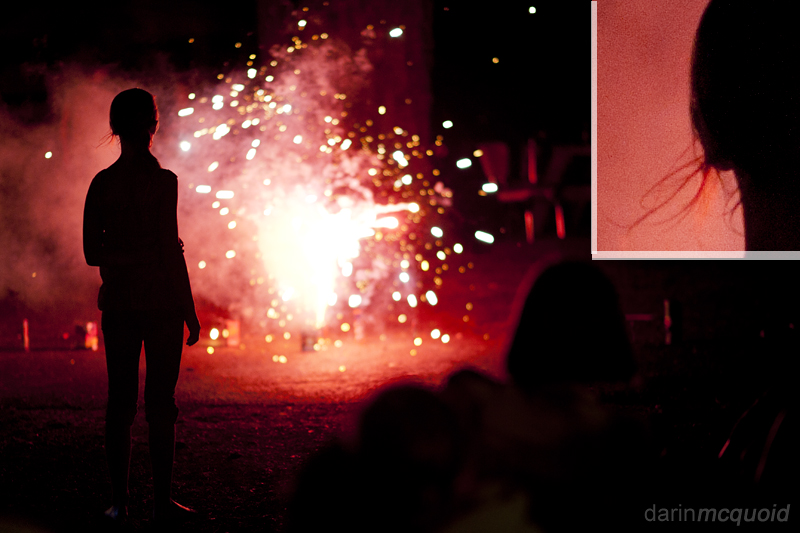 
This isn't a lens I'd use often for kayaking, but from time to time low light conditions do come around, and in that situation it's priceless.


Will Pruett makes a first descent on a dark, wet day. It turned from rain to snow a few minutes later. 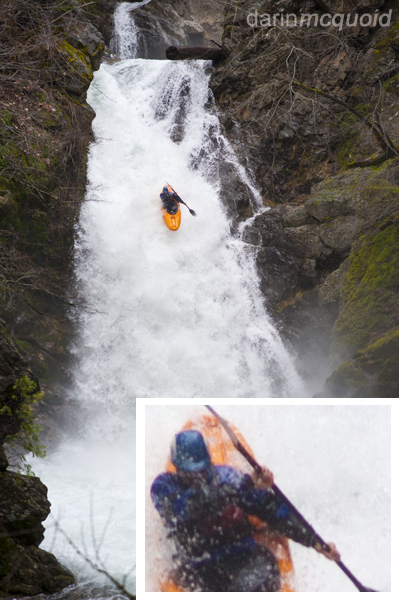 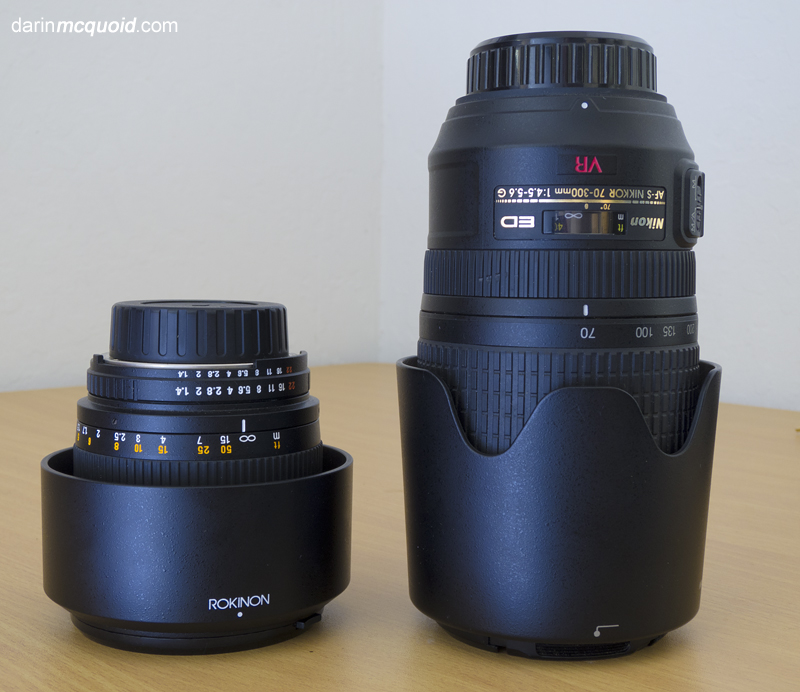 
Practicality for kayaking: 5/10  - it's just not something you're going to use on the river a whole lot, unless you live somewhere absurdly dark.

If you want a new, 85mm portrait lens, this is the best bargain out there. Provided you can deal with the lack of Auto-Focus. Unfortunately it's really a f/2 lens as far as ability to gather light. but 1.4 for DOF. The lack of AF drives me crazy sometimes. I also like a little more working distance from my subjects. I'd imagine I'd like this lens a lot more on a cropped sensor camera, where it comes near the classic 135mm focal length. On the other hand the Nikkor 105mm f/2.5 and 135mm f/2.8 can be had for less on the used market and have smoother focusing action. Tough choices.


This is a busy background, with lights on and people in the background. Not that you can tell because the bokeh really is fantastic. 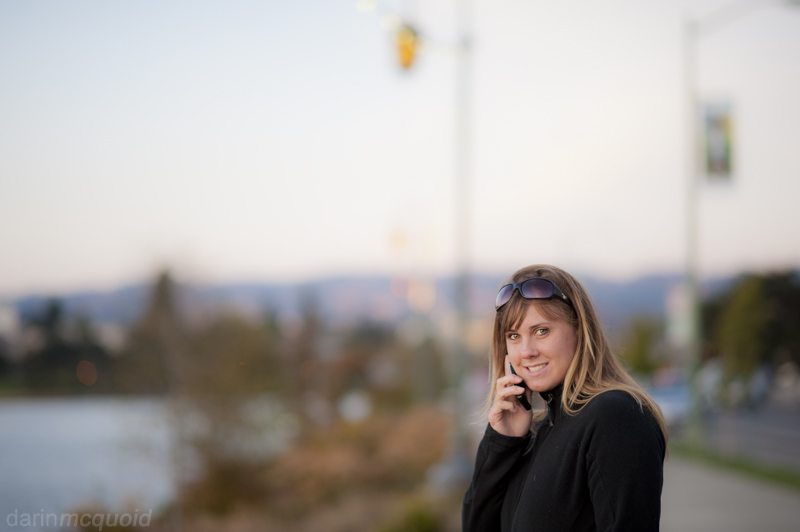 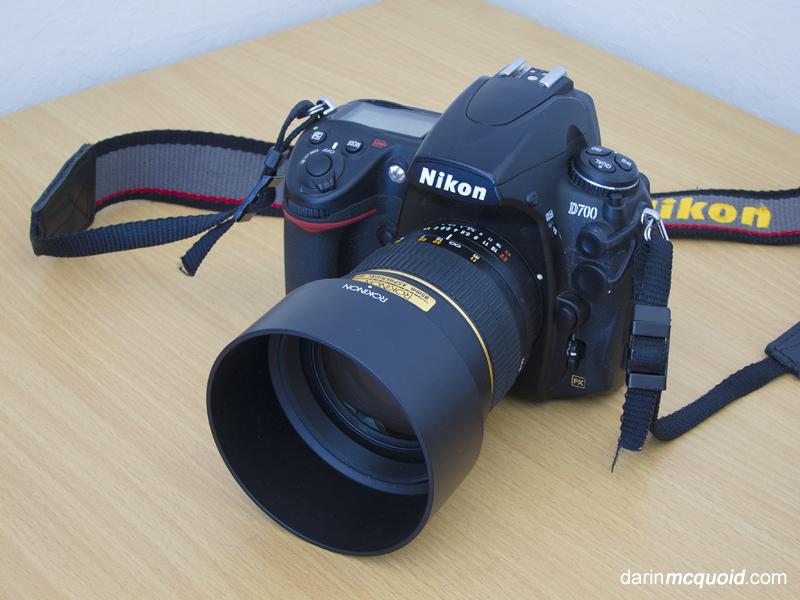