Deer Creek (Into Lake Wildwood) - V
Although long ago explored, this section of Deer Creek escaped recorded beta due to the amount of portaging involved. Even though it has a big portage, in California, how many twenty foot waterfalls are there that aren't locked into the middle of a V+ multi day trip? Surprisingly few outside the South Branch Feather, which itself is a class above Deer Creek. In that light Deer Creek from Bitney Springs Road to Lake Wildwood deserves a brief mention. The run starts off at the intersection of Bitney Springs Road and Deer Creek. There is an old bridge just downstream, and it even has a gauge. Cody Howard previously did the run at 3.5' and said it was the "minimum level for fun" and we ran it at 4.5' and thought flows were perfect, but we wouldn't have wanted it much higher.

Initially the river is just what you'd expect for an incredibly low elevation foothills run. Class II and II+ rapids turned into III-IV by lots of willows. A quick mile or two of this fast but annoying character lead to the lip of a massive horizon. Get out early because brush obstructs views of just how large the cascade is.


The crew partway through the portage. 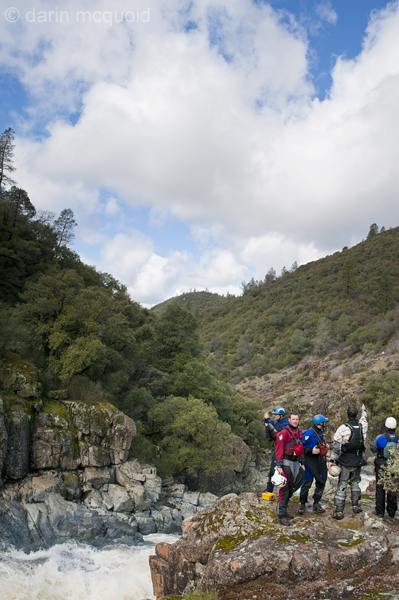 Thomas Moore looks back upstream at the cascade. 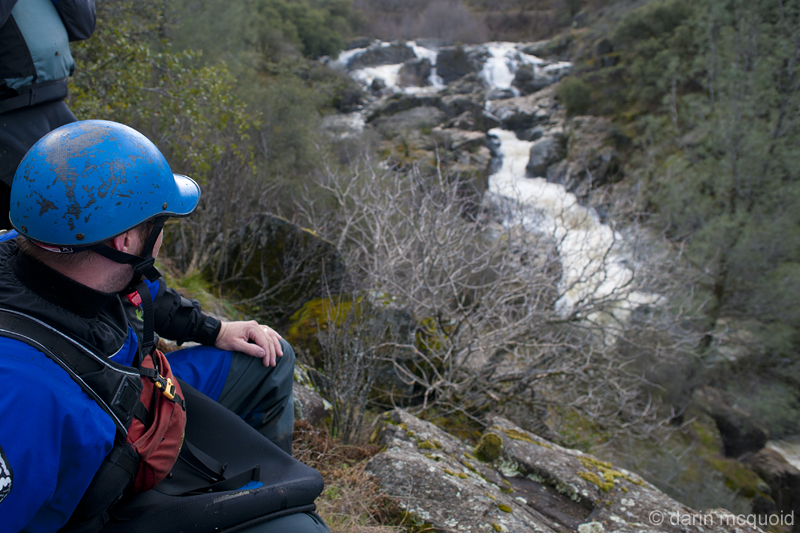 The portage is long and steep but not terribly technical. We didn't have to use ropes or even pass boats, but at the same time it's a far cry from a granite sidewalk. 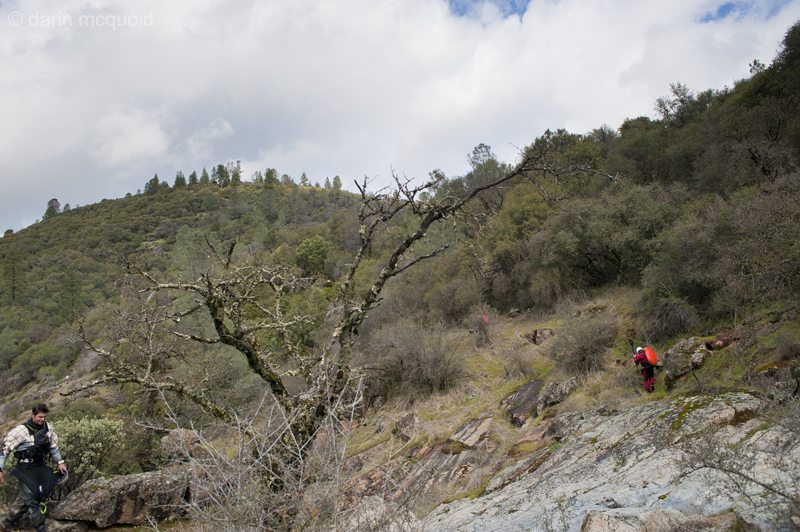 Amazingly the whole steep section kind of goes. Granted it's chunky rock and quite dubious, but it does probably go. Probably. The largest hazard is the bottom drop, a fifty foot falls that appears to have a narrow landing zone, if it has one at all. This would best be scouted at summer low flows.


Looking downstream at the fifty footer. 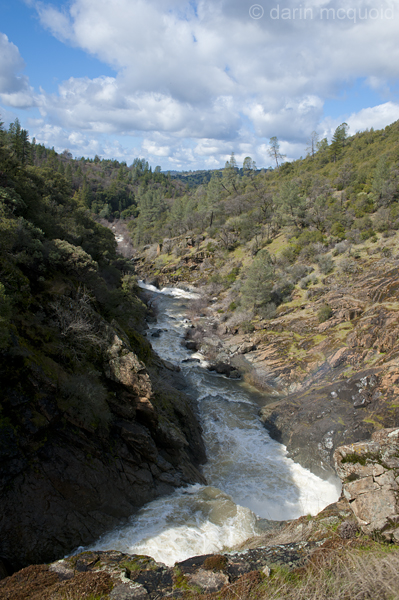 Putting in right below the fifty footer gives the next boulder garden a nice backdrop. Thomas Moore. 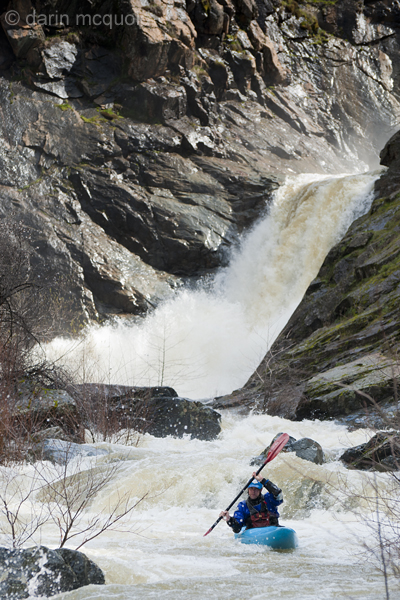 One of the highlights of  Deer Creek is a slide dubbed "Deer in the Headlights" which looked a bit more spicy with another foot of water in it. Well the slide still looked good, but the hole at the bottom was rather questionable.


Will Pruett fires away.

David Ernst gets into the meat of it. 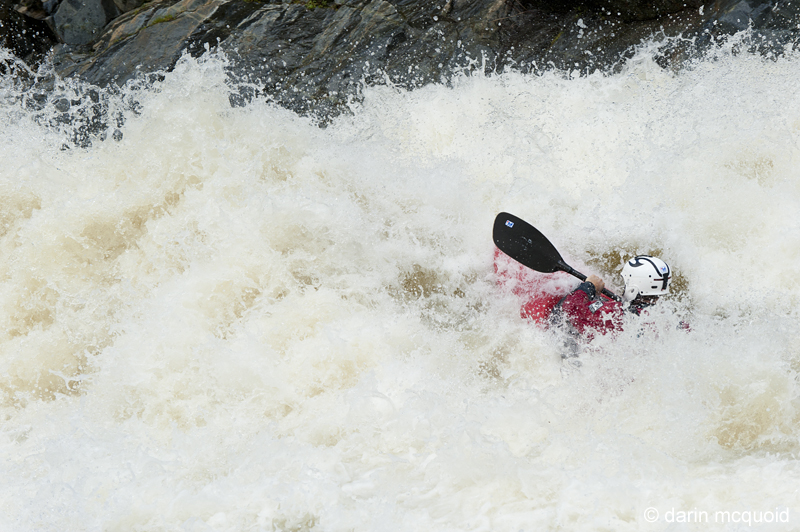 Yes the bottom hole and eddy line...Rok Sribar splats his way through. 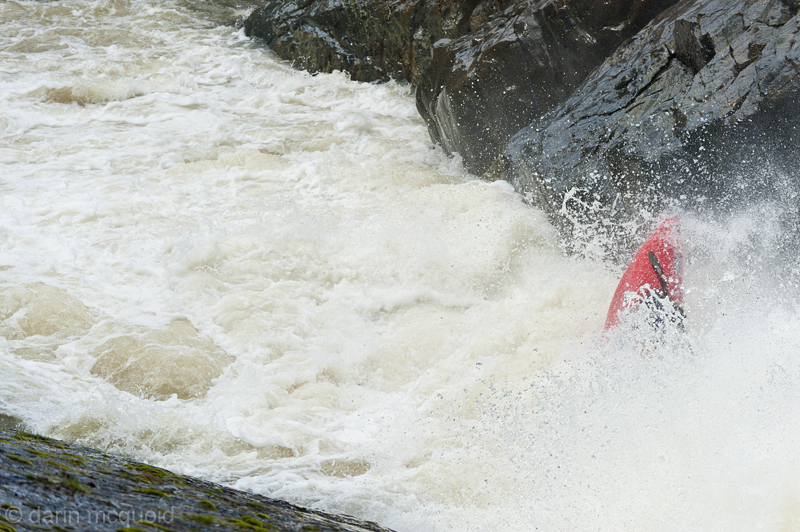 With a group of eight, someone was bound to get suck in it, but thankfully those people proved that you can just paddle out. We scouted a large boulder garden just below Deer in the Headlights. At low flows it was reported to be rather sketchy, but with more water it cleaned up quite nicely and was one of the better drops of the run. Only a short ways downstream we got out for another scout, the cleanest of the waterfalls.


Cody Howard gets a nice boof. 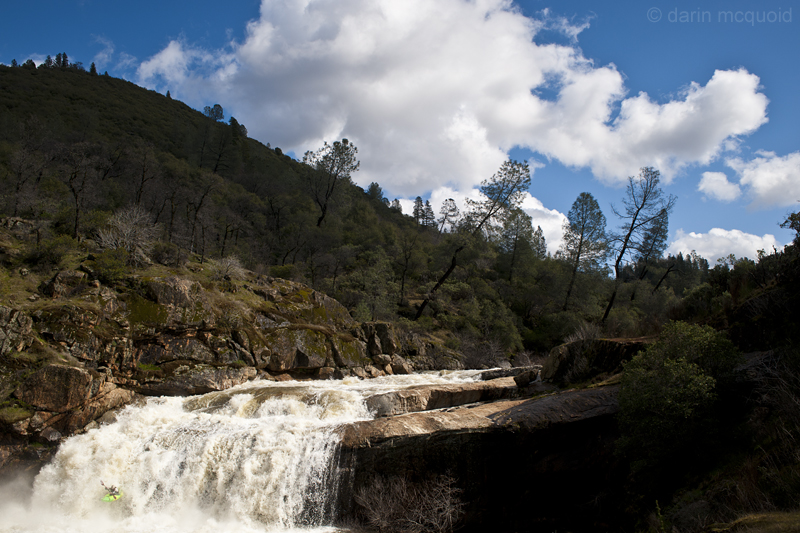 It's clean but not exactly easy. The hole at the lip is large enough to serve up some surfing. 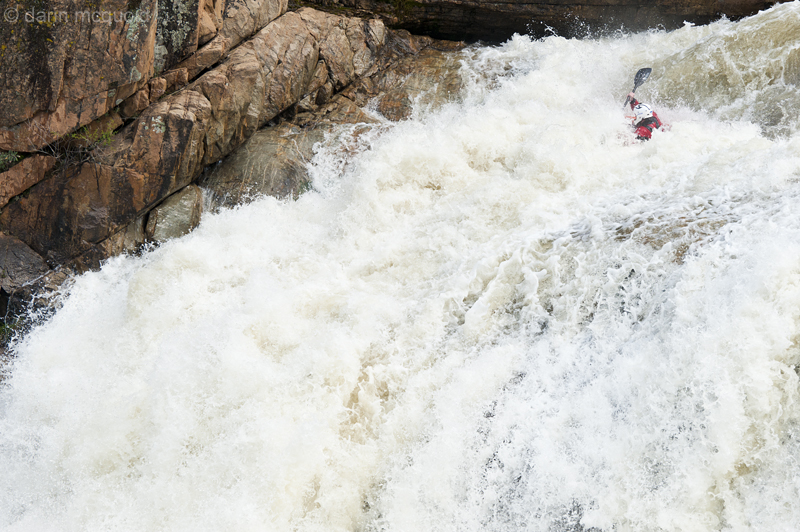 Immediately below is the second waterfall. It's neither as clean off the lip or in the landing. Thomas Moore heads left but will finish pointing right. 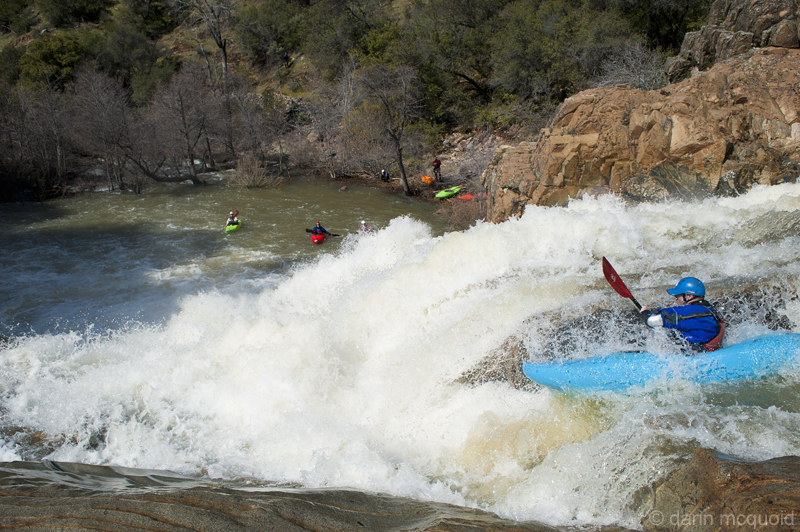 Cody Howard enters, and as you can see at the bottom the river left side is terribly undercut. 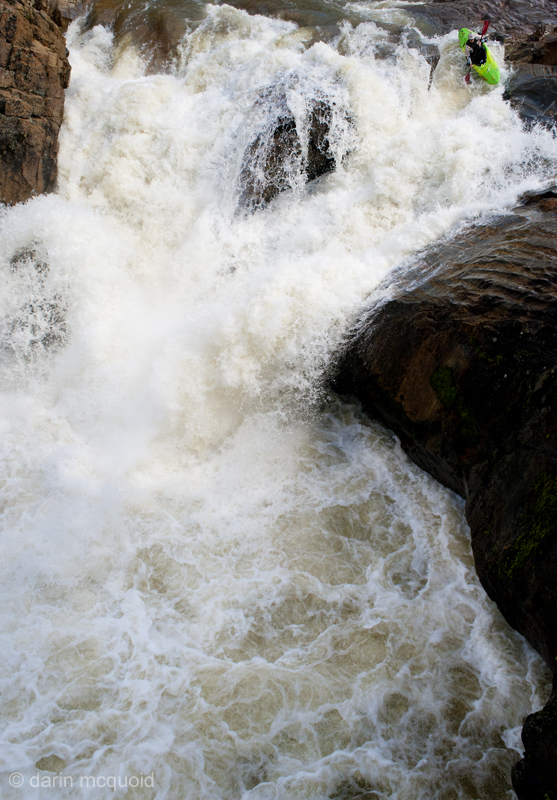 Rok Sribar on the second of the nicely stacked waterfalls. 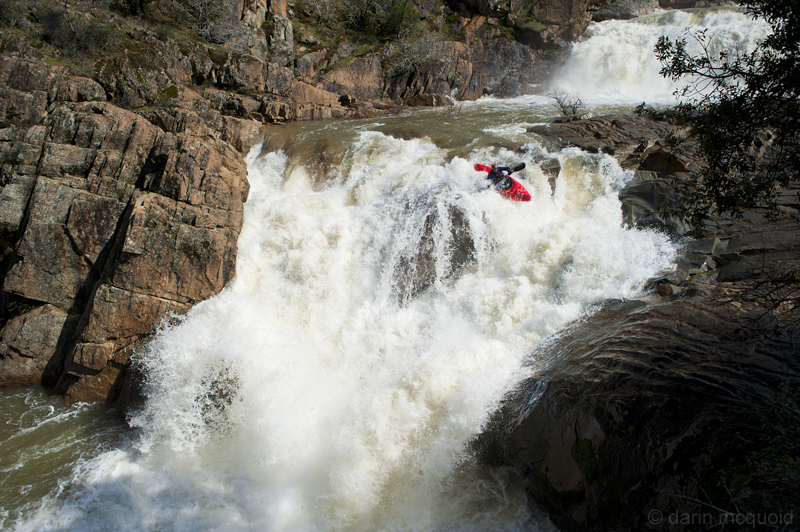 Both waterfalls can be easily portaged, but if they were the run would a bit of a waste of time, as the largest hazard is the amount of brush in the riverbed.  The next several miles were longer than I expected, and full of brush but thankfully few blackberries were dangling into the stream bed. There are a few more fun III-IV slides mixed in before it turns to a full annoying paddle out with one log spanning the river. It was ducked at 3.5' and paddled over at 4.5'. In between it could be very dubious. Later than expected we emerged on Lake Wildwood, a private, exclusive lake for the rich. Paddling across the lake I was sure we'd have an encounter with security at the spillway take-out. Thankfully we didn't, but if people continue to kayak Deer Creek I am sure a confrontation will be inevitable. But hey, the sign just says that launching water craft isn't allowed, and we were taking water craft out!
There is no gauge for Deer Creek, but when 3.5' was 550cfs on the South Fork Yuba, and 4.5' was 2,000cfs on the same.


Nothing to see here folks.