American Whitewater had managed to secure recreational releases on the Pit River, releasing it from it's poor and unpredictable season. Unfortunately the releases are up in the air again as PG&E uses any method possible to avoid not making every dime possible off a public resource.


Big Eddy put-in was quite busy on day two. 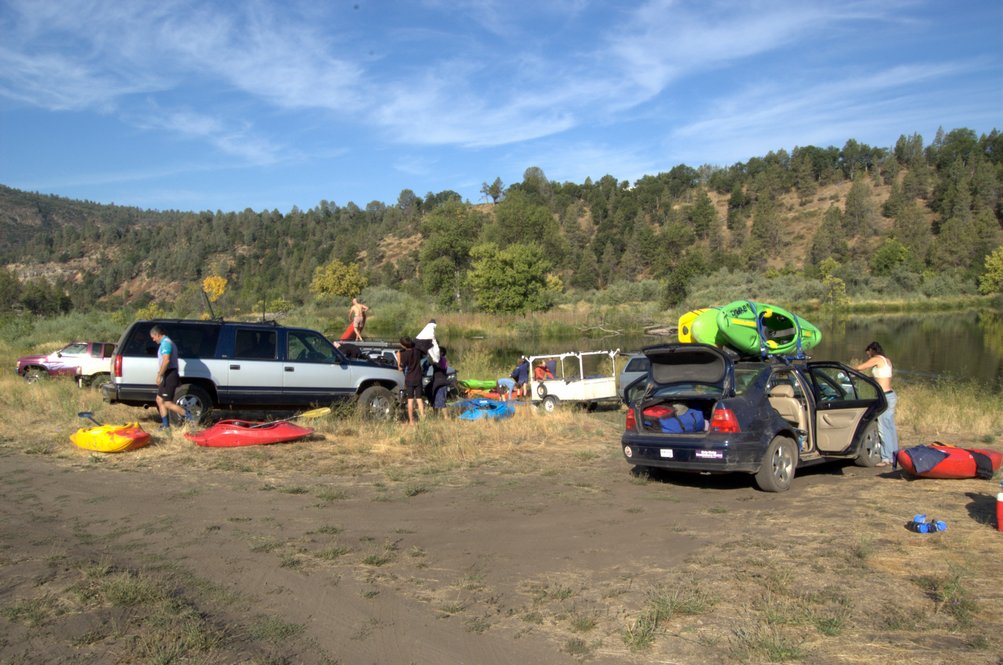 I was glad to be able to attend the final weekend of releases in 2006, thanks to Dave Steindorf for all the hard work on securing recreational releases. Saturday was our first day on the water at a flow of 800cfs. Most boaters agree upon 800 as the bare minimum flow for the run to be run-able. This run is fun low stress read and run for class V boaters, fun boat scouting for class IV boaters and suitable for class III-III+ boaters with a team of more experienced paddlers. It's mostly III with the occasional IV and one waterfall, the only V. The beginning is a little intimidating because of copious amounts of vegetation, we started in the far right channel and worked to the center. After the initial blind section caused by overgrowth the run opens up into a fun class IV section of ledges and eventually turns into the normal boulder garden character of the run.

We made great time down to the waterfall, eddied out way too high up and scouted the falls for a while. I ended up running the right side slide several times, using the nice natural staircase to carry back up on the far right side. We had to portage the very bottom drop of the sneak due to lack of flow.


Alexandra Clarfield running it on day two at 1200cfs. 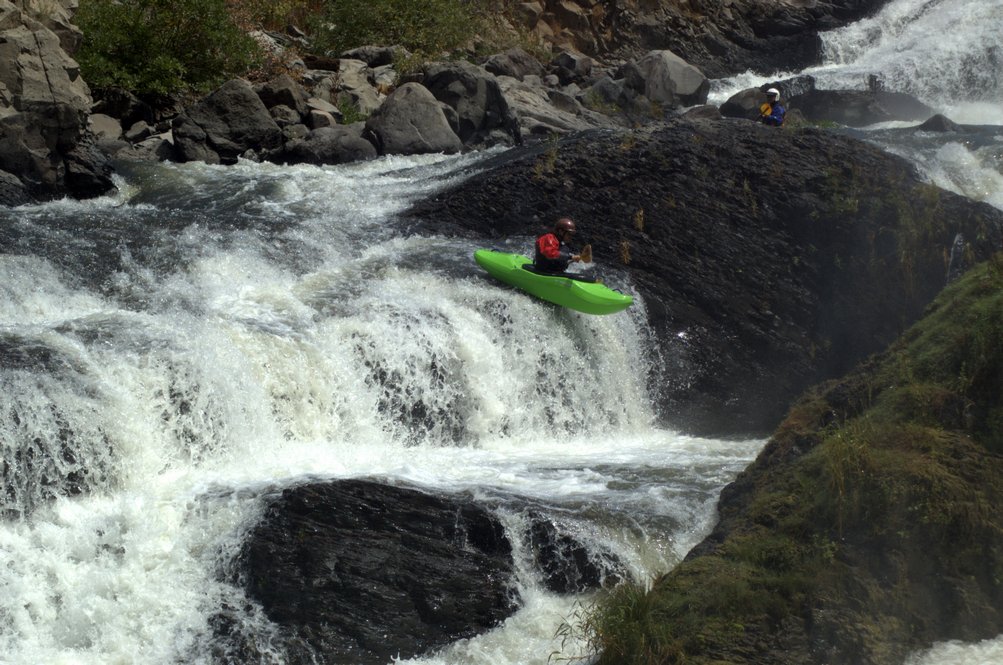 Rafters take the slide at 1200cfs, thanks to Daniel Brasuell for sending the picture. 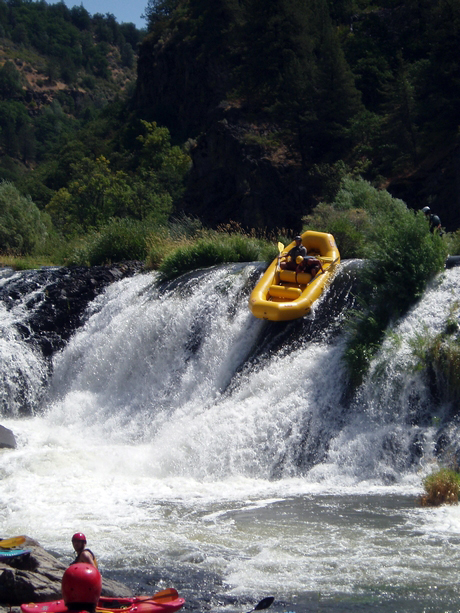 The campground at the take-out was booked full, but we found pleasant camping upstream from the Big Eddy put-in. Be prepared for a full on mosquito attack at dusk. 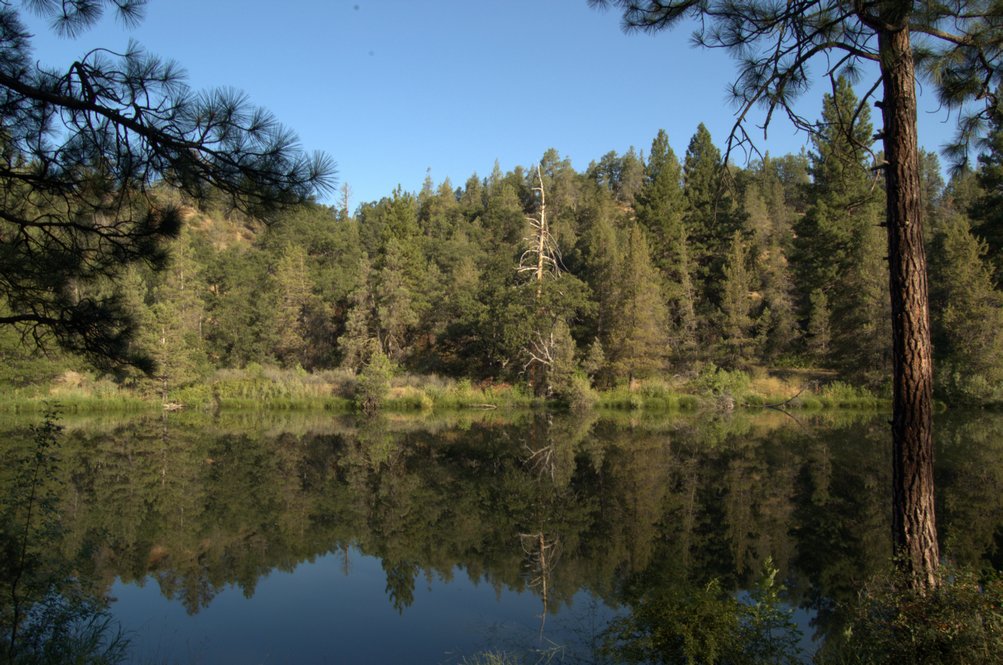 The second day Alex and I were joined by a large group of Shasta and Ashland area boaters, and we hauled out the creek boats for the possibility of running the big line at Pit River Falls. The run down to the falls was pleasant, I always love to look upstream and see people taking different routes down rapids at the same time. On arrival at the falls we split up a little with most of the group getting out on the island in the middle and scouting.


Devin Knight didn’t wait long and fired it off with a beautiful boof. 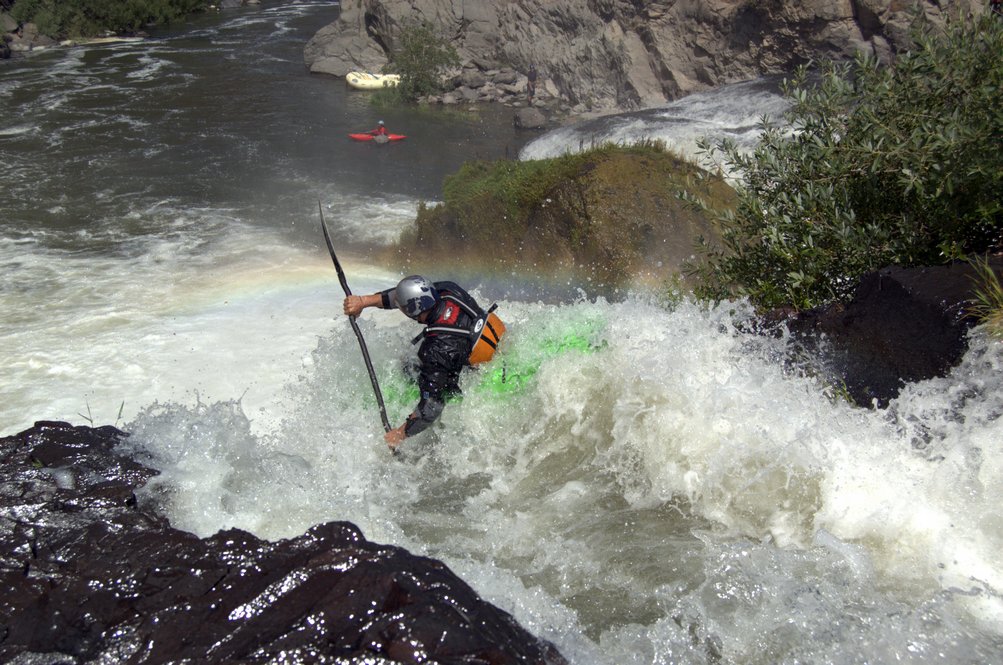 Another angle of Devin thanks again to Daniel Brasuell.

I wanted to get pictures from below and ran it next, driving hard for the boof but plugging pretty hard and resurfacing in the falls. Upon rolling up my skirt blew (a common occurence for the WildWasser) and I got many ends in the base of the falls before flushing. Probably the most cartwheels I have actually linked in a feature.


Darin McQuoid boofing a little but about to get very beat down, picture Daniel Brasuell. 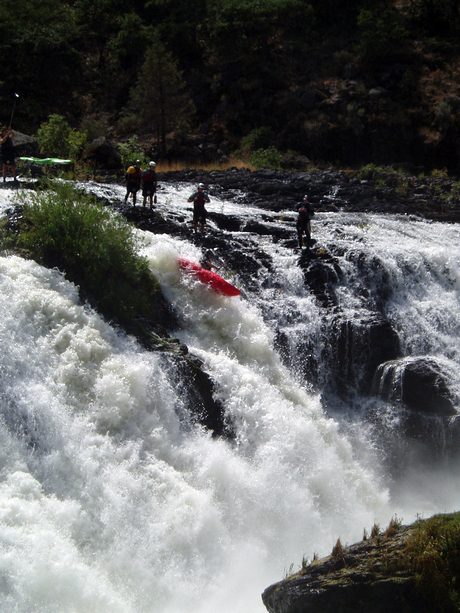 I missed Sean Bullocks run while getting my camera, but Brandon Knapp followed shortly after with a stylish boof. 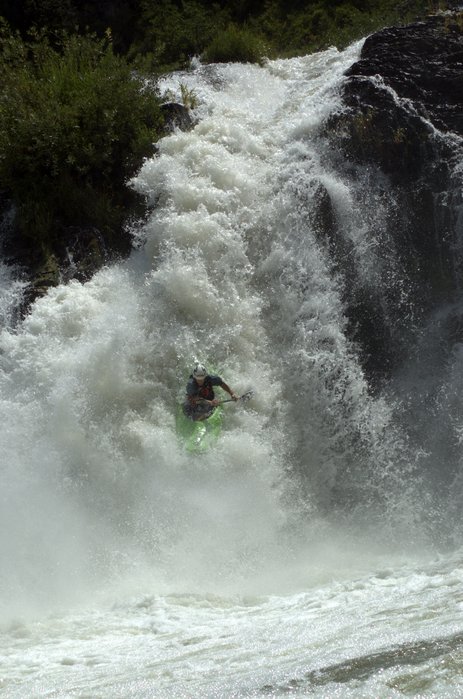 Dustin Knapp, driving down the right side of the waterfall. 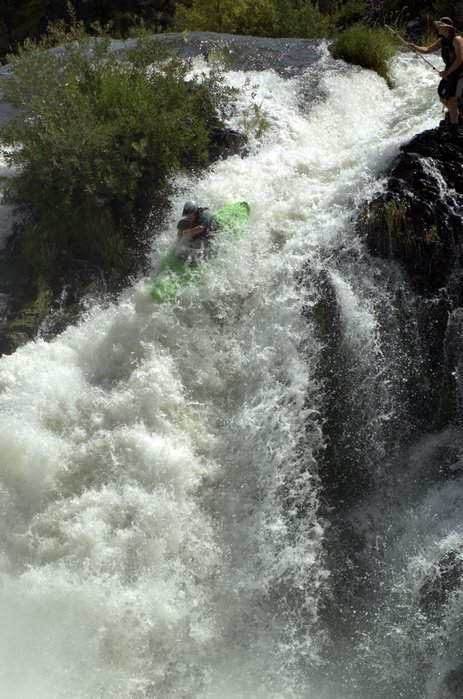 Shon Bollock put in the effort and hiked back up for the shot. 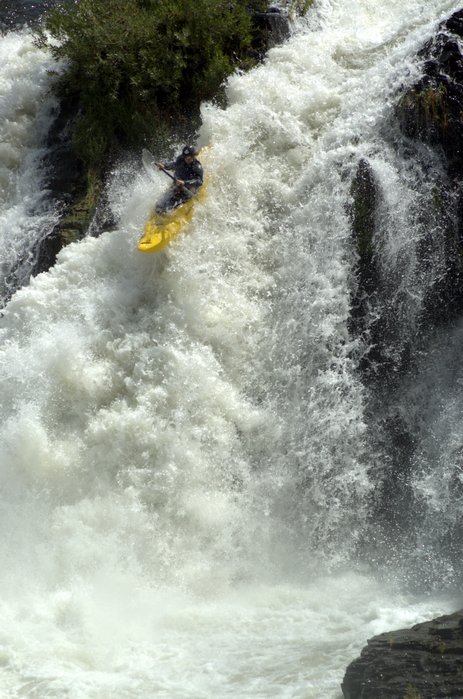 Ryan Knight is still recovering from a shoulder injury but ran down the far life line that has a nice boof in it. 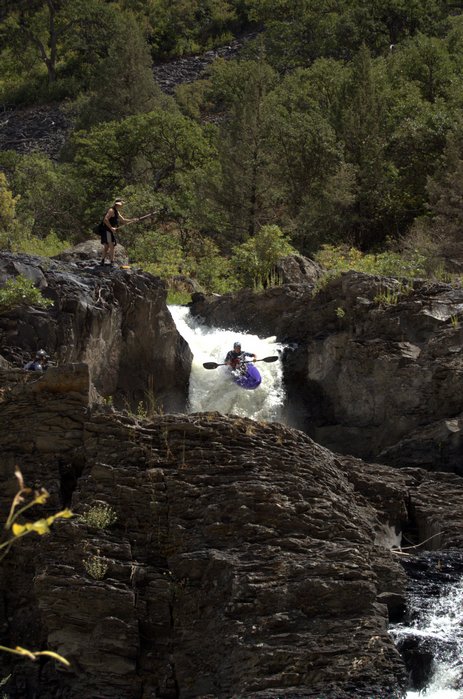 Ben and Devin both went back up and ran a line to the river right of the plunge line while I hiked back up to run the plunge again, so I missed the shot of their nice lines down the center. Devin down the center, thanks again Daniel Brasuell. 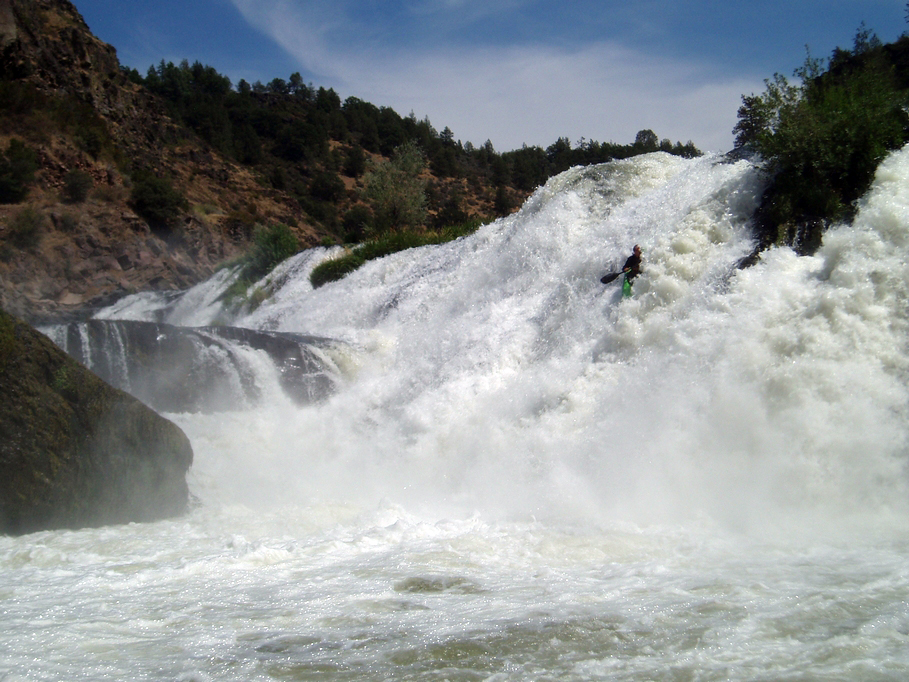 Thanks to American Whitewater for negotiating releases on the Pit River, sign up and support American Whitewater for future releases. Who knows what will happen to releases on the Pit River as PG&E claims "environmental" reasons for withholding releases. After decimating the whole river bed with dams and unnatural water levels!