South Silver is the run everyone thinks of when kayaking in California is mentioned, yet I had never made the trek down to get on it. A tributary of the South Fork American, South Silver has been well documented in both video and picture.

Another sunny California day found Chris Korbulic and I roaming around the state looking for the goods. Due to a serious lack of snow pack we were looking hard and moving fast. After a quick run down Love’s Falls we made some calls and found that the run we were looking at had already dropped out, but Kevin Smith thought South Silver would be at perfect to high flows. South Silver had been on both of our radars for a long time. Over the years I had also developed a vague impression that the run was over-rated and a bit played out for lack of better words. Chris had similar feelings but we were looking forward to finally getting on this classic.

We arrived the night before our run and hiked up from Ice House Reservoir to check flows, which we quickly deemed to be perfect and then we spent some time contemplating Skyscraper, an aptly named drop on South Silver.

The next morning while driving back up we met up with another boater coming down who informed us it was “way too high” which surprised us considering out scout with ideal flows the previous evening. Kevin arrived after a short wait and although it was higher than he had seen it before, he agreed it looked good to go so we were off to the put-in.

A ten minute hike found us at the top of Autobahn, and after quick verbal instructions I took off down one of the best starts to a day I have ever had. 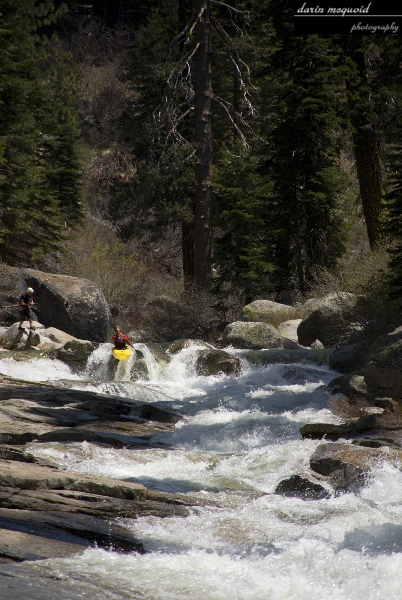 Kevin finishing Autobahn on the right. 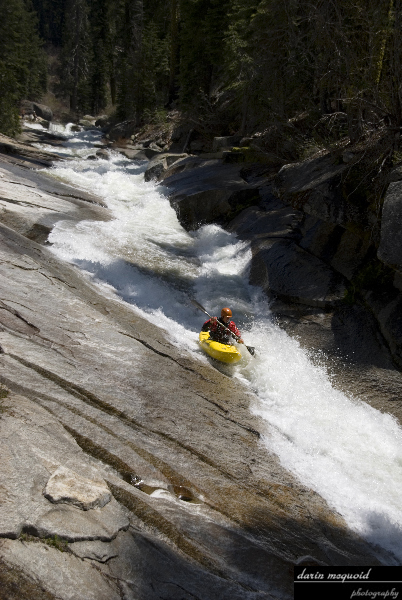 Next up were several more drops, many that I don’t know the name of, but they were all good fun. 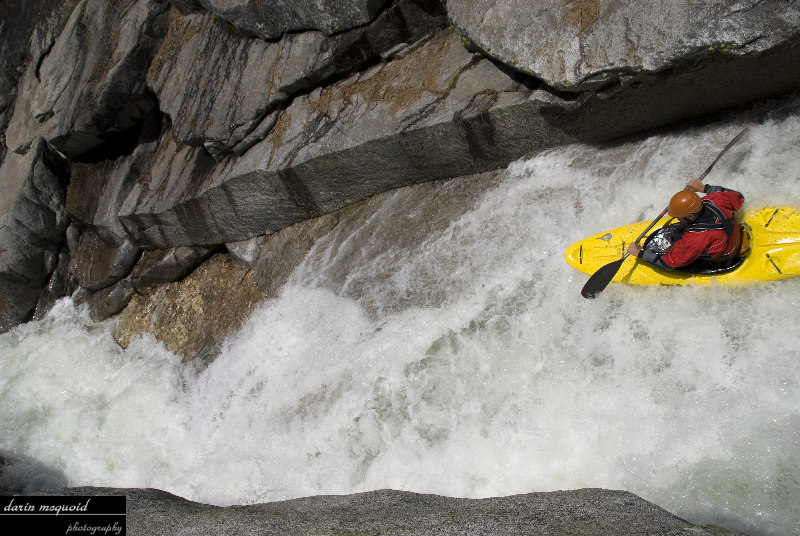 Next up were the tea cups, which at these flows were really just a sweet lead in for Skyscraper. There was an eddy on the right and one last one on the left above Skyscraper.

Chris Korbulic boofing through one of the tea cups. 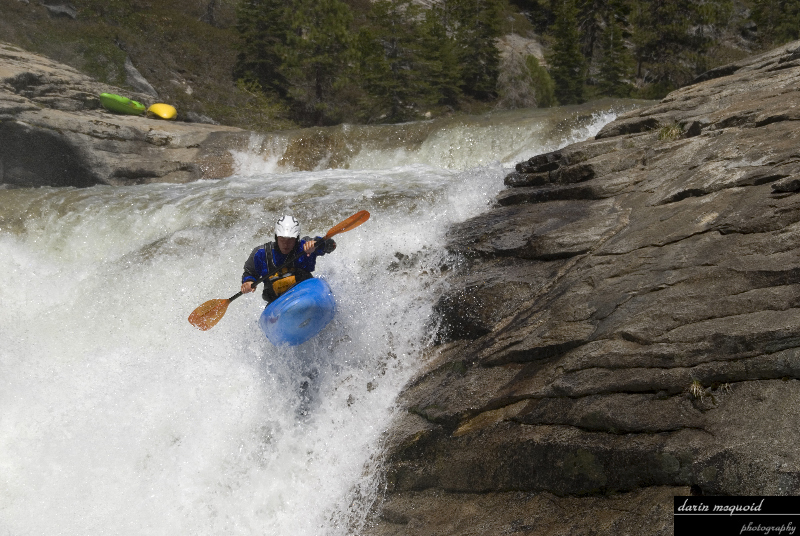 …and another with the big horizon line downstream. 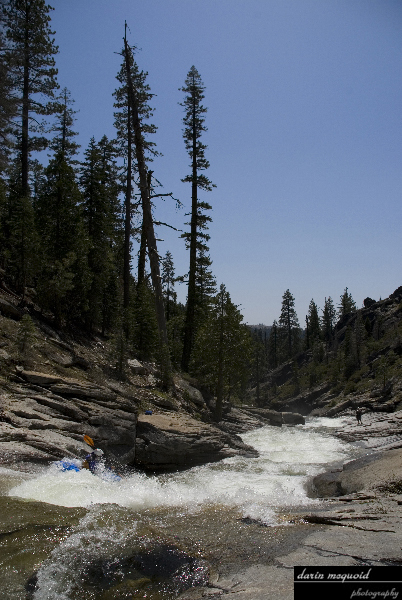 Skyscraper is the largest and much photographed drop of South Silver, and it’s a clean slide that at these flows leads straight into Off-Ramp, another slide that has a sieve on the bottom right, necessitating left angle at the bottom.


Chris Korbulic probes away through Skyscraper and Off-Ramp. 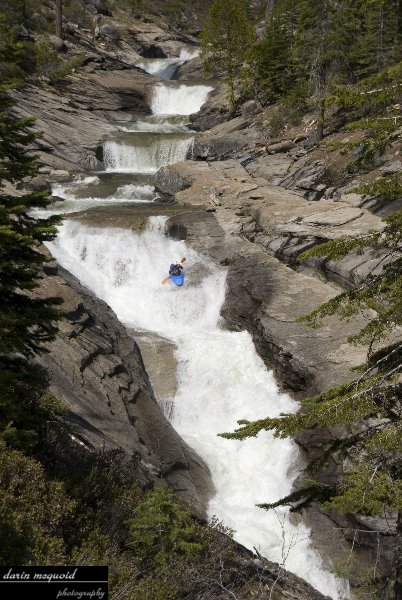 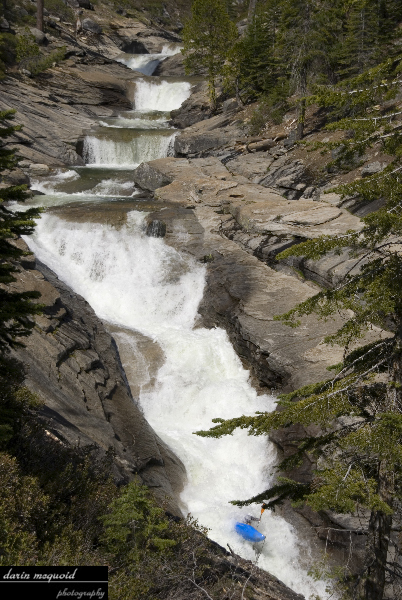 Chris styling down through Off-Ramp. 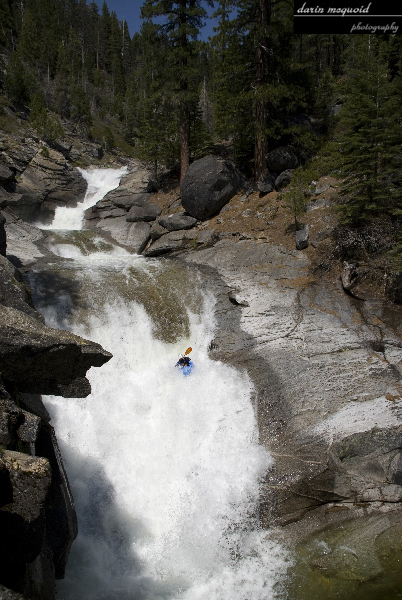 Off-Ramp really isn’t as steep as it looks, here is the view from up above. 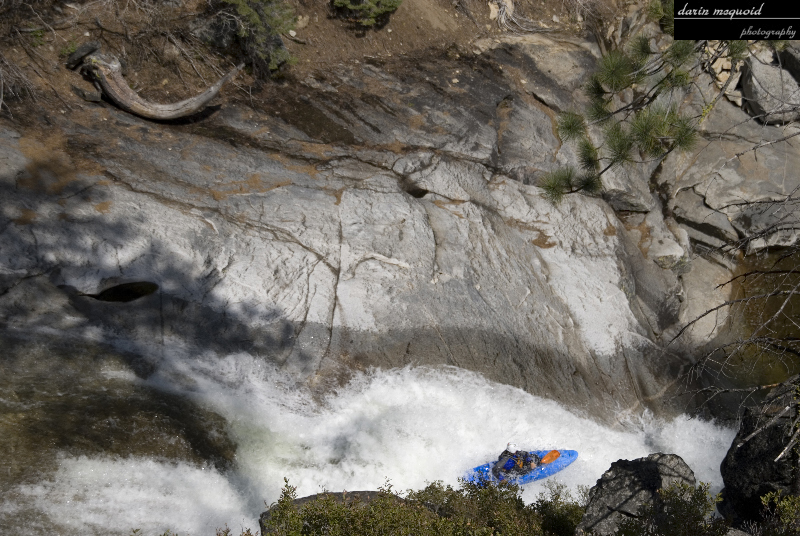 We took turns filming, setting safety and getting shots while Chris and I each took another lap through Skyscraper and Kevin had a good line his first time running Skyscraper. After a quick portage around the sieve below Off-Ramp we made quick time down through several more drops, not sure what this fun one is.


Chris having fun on South Silver. 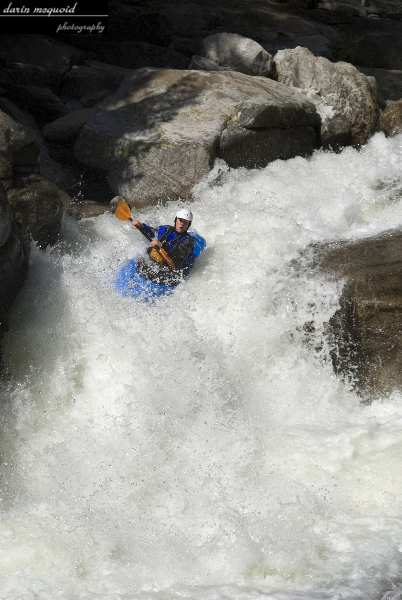 We gave Plastic Surgery a good long look, because at these flows the holes get greedy and the pool above the final drop is just backwash into the hole, so speed is needed.


Chris working his way into the center of the final drop on Plastic Surgery. 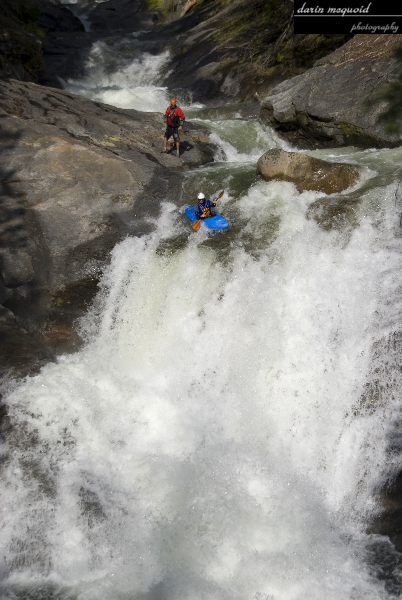 South Silver is an absolute classic, and I thought we had optimum flows for class V boaters. It’s pure fun with good coverage at these flows, and although some of the pools get short there are still enough eddys and the coverage is superb. South Silver is often run with a lot less water and mellows out quite a bit, making it a great place for strong class Iv boaters to get a taste of the high sierra.  It would get full on pretty quickly with much more water than we had. Dreamflows has a detailed write-up with shuttle directions and pictures. Flows are best ascertained via word of mouth, boof.com is a good resource.