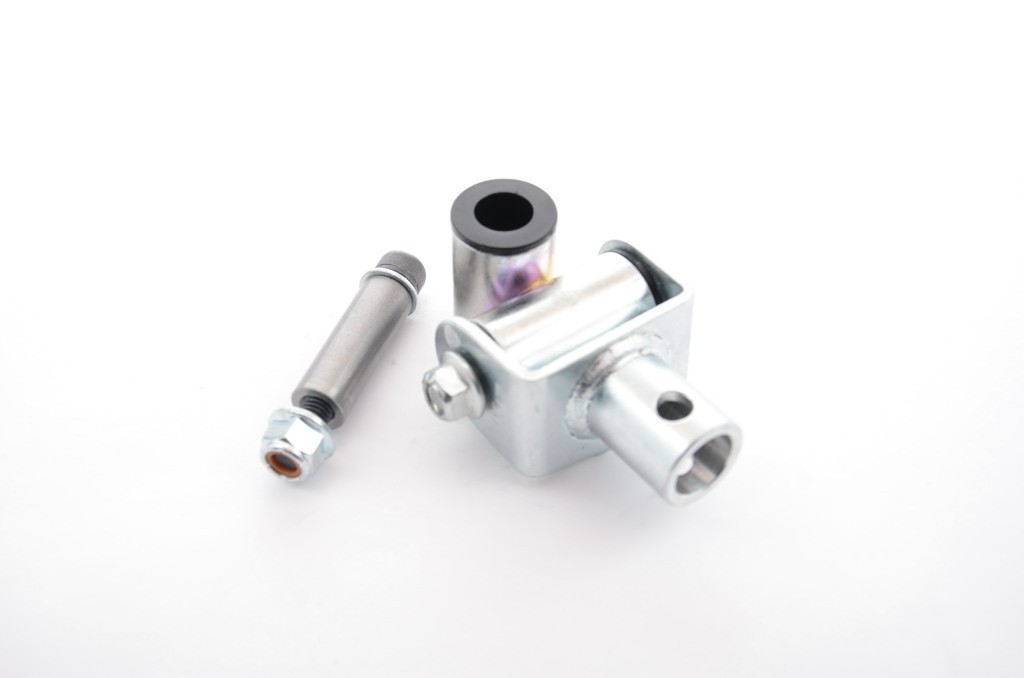 This part is a fix for the infamous sloppy shifter issue that happens due to worn out bushings in the shifter knuckle on manual transmission Subaru's made during the 1990s. I contacted Turn In Concepts to see if it would work on my 1997 Subaru Impreza Outback Sport Wagon - often known as the OBS. The 1997 OBS does have a return spring, but they said it's possible to drill a small hole for the spring in the TiC 5MT update. Why the TiC 5MT over a stock replacement? The stock part is riveted and it's impossible to replace the bushings - you have to replace the whole unit for around $50. Investing $80 in the TiC 5MT makes sense for those of us who plan on owning the car for some years to come.

I followed the instructions on this forum, and while it was a pain it was not terrible, largely thanks to my car being a rust free California specimen. No problem with drilling the hole for the spring. Before replacing the shifter had about six inches of play side to side. Now it's down to one inch. It's an incredible improvement. Unfortunately the TiC 5MT seems to be a bit wider than the stock knuckle, and it rubs on the transmission in first and third. It makes an obnoxious rattling sound, which is ironic considering half the reason I swapped the worn out original bushing was because of rattling due to the rubber being gone. Now it's louder, but at least it doesn't happen in every gear. Customer support Turn in Concepts was...indifferent:  "Interesting as I have fitted it to that car before without issue. Thanks for letting us know though."