The second technical detail is focusing on the subject of the photograph. As technology has marched forward focusing correctly has gotten harder. Wait what? As much as sensor technology has advanced, focusing capability has not progressed at the same speed. What worked in 2005 with 6 megapixel APS-C sensors does not today with 20+ megapixel full frame sensors. Auto-focusing, self explanatory and commonly referred to as AF.

With a contrast based AF system you're simply not tracking action. I suggest that if you own a camera with contrast AF it's best to set the focus to AF-S, focus on where the paddler will be in the frame and recompose, taking the picture when the paddler moves to where the focus was set. Then skip the rest of this section as it's pretty specific to Phase Detect AF.

Phase Detect AF is wonderful, frustrating and complicated. A lot goes on "under the hood". Phase Detect AF needs straight lines to focus, and there are two types of AF sensors; the most common are vertical line sensors, which are good at focusing on horizontal lines. Cross type sensors are two dimensional and more accurate. It's common for cheaper cameras to only have one cross type point in the center, while a more expensive camera like Nikon's D4 will have 15 cross type sensors. Now things get a little complicated. The D4 has 51 AF sensors, but only 15 of those are cross type. Looking through the viewfinder they all look the same. Don't worry, they are all in the center anyways. Despite all the technological advances in the last ten years, they have not worked out how to get accurate phase detect focus points to work towards the edge of the frame. It just can't be summed up easily, even by the people who make it.

Do the research and see which phase detect sensors on your camera are cross type, and try to use only those. Why choosing to show only cross point AF points isn't an option is a sad oversight by all the camera makers.

Phase detect auto focusing is most accurate when the camera is set to continuous auto focusing. Now it's impossible compose the shot unless your subject falls under one of those limited cross type AF points. Thankfully there is a solution, and it's known as AF-ON. Only higher end cameras have a dedicated AF-ON button, but even consumer models allow the Auto Exposure Lock (AEL) button to be reprogrammed to AF-ON. Turning on AF-ON switches AF activation from the shutter button to the dedicated button. Now it's possible to focus continually by pressing the AF-ON button and stop focusing by releasing the button. Then you can recompose and take a photo without the shutter button activating the AF system. 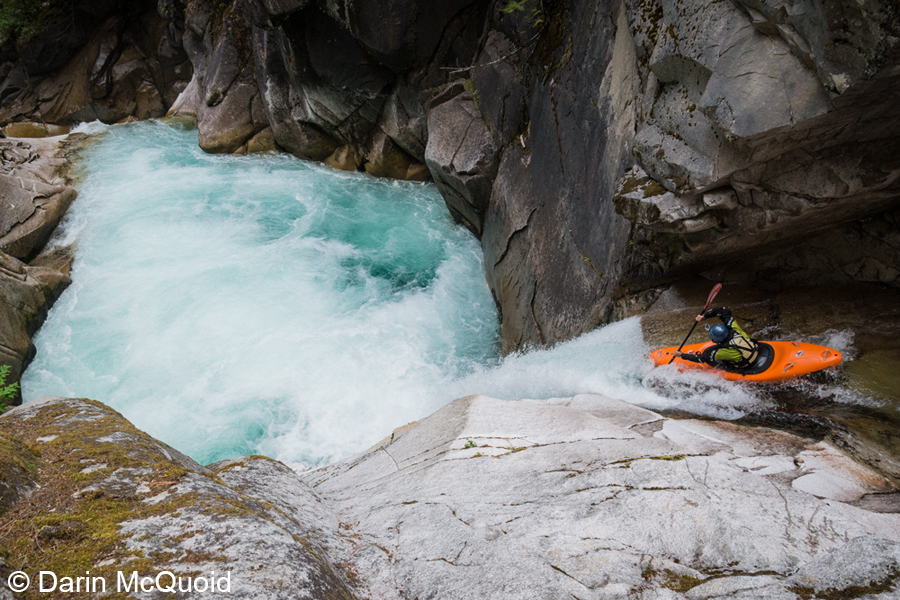 
The focus and recompose method works well for wider angle shots, barring any issues from field curvature. But what about when there is nothing to focus on before recomposing?
There are situations where the focus and recompose method does not work well. Big water is often one, where there is really nothing for the camera to focus on. Another situation is when shooting with a shallow depth of field. In these situations I will choose a cross focus point and then track the kayaker by holding down the AF-ON button and keeping said kayaker under the selected AF point. This sounds straightforward, and it is, but things can go wrong. AF points are not exactly where they are marked in the viewfinder of the camera. It's easy to have the paddler go out from under where you think the AF point is. Even a brief moment of this will cause the camera to start searching for something else to focus on before getting back on track with the subject you want. Higher end cameras allow you to set a delay in the AF system before it will make large changes. It will continue to track small changes like a subject ten feet away shifting few inches, but if for a brief moment the AF sensor shifts off the subject onto a background twenty feet away it won't instantly jump to that. Perfect for tracking a kayaker, and I've found setting this option to the longest period possible is best for whitewater.


Shot with a shallow depth of field using the tracking method. 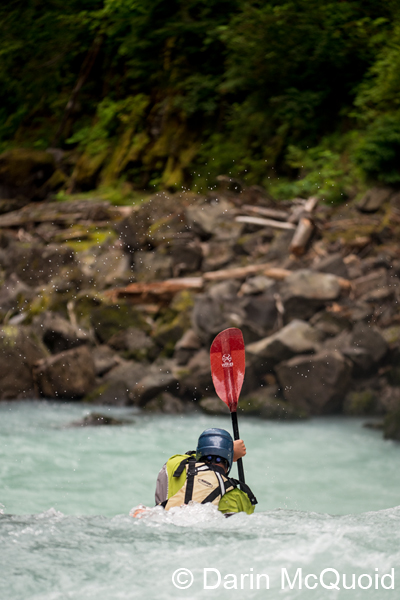 
There are other kinds of complicated focusing modes, but in reality with kayaking we're tracking one object moving in a predictible path.

Whitewater Photography Tutorial  #2: What is the right exposure?