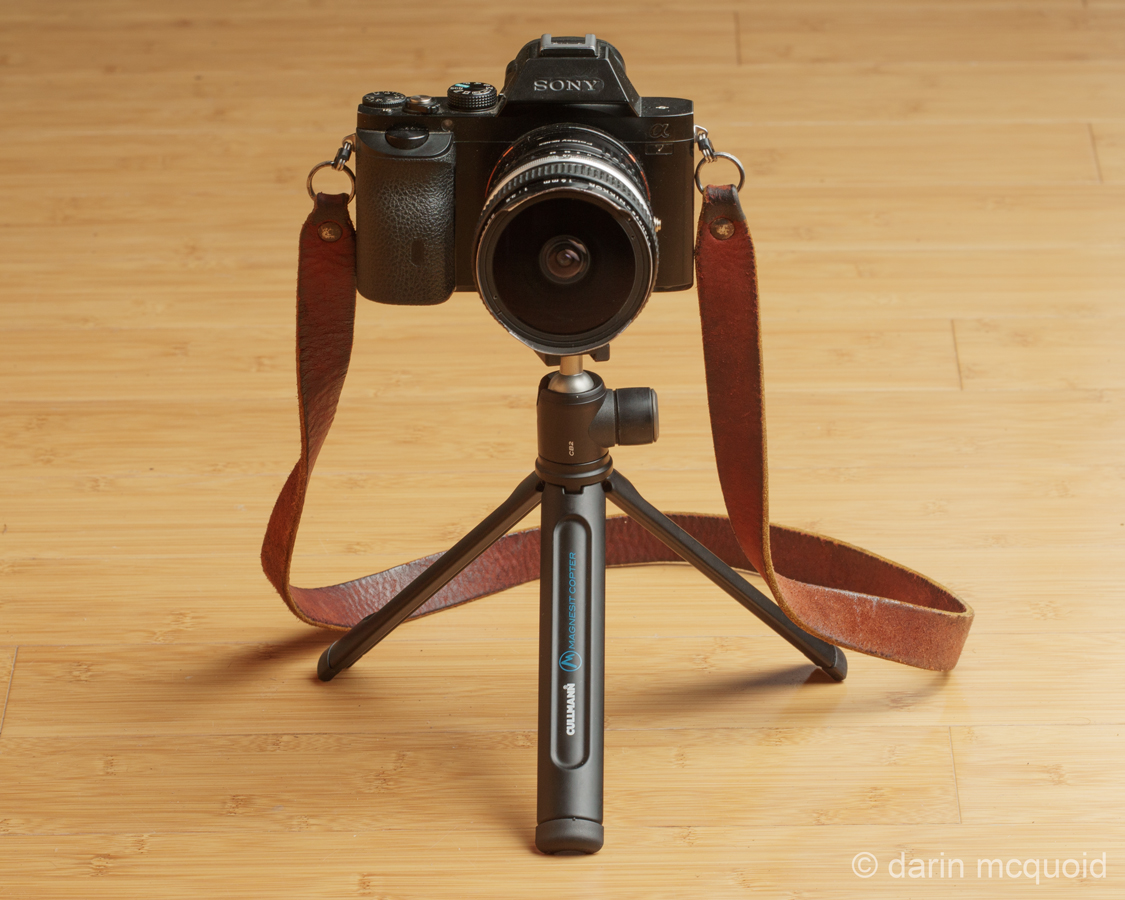 
Overall field of view, the 16mm f/3.5 doesn't have as much distortion as most fisheyes, and very little with the light crop left from the Lens Turbo II on the A6000. 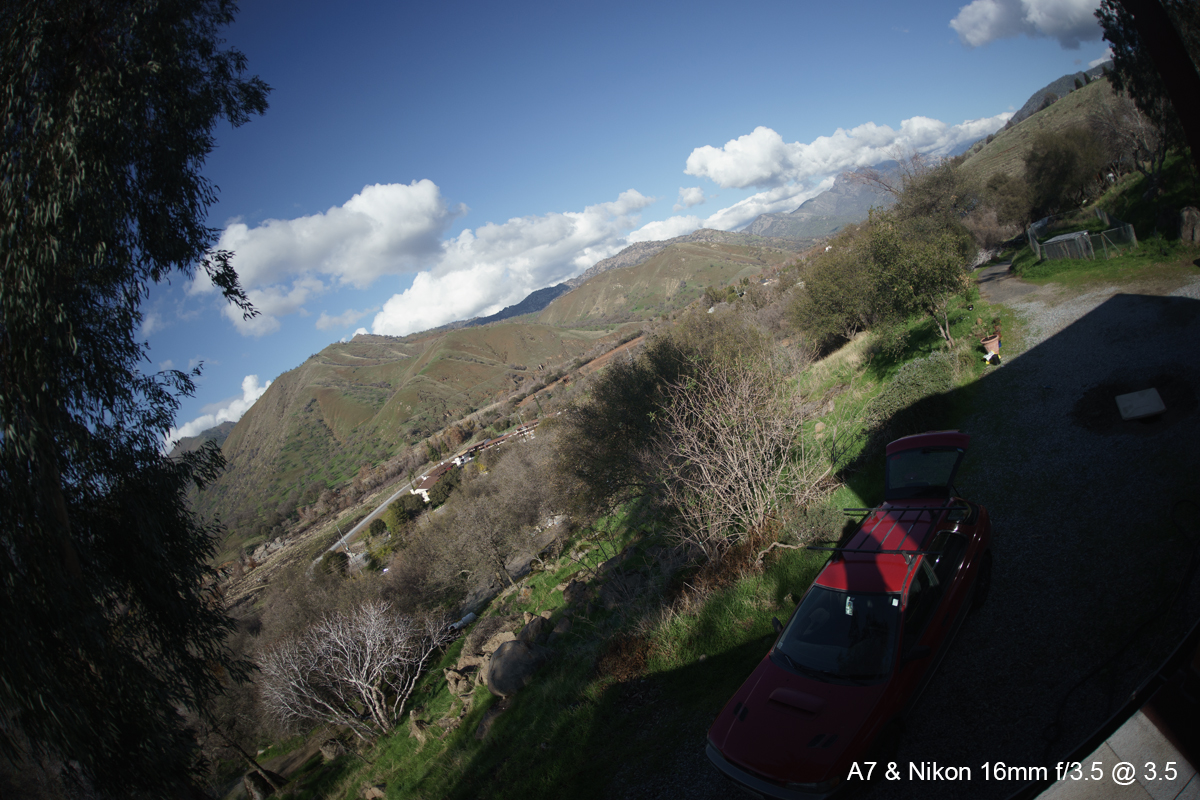 In the center I'd say the 16mm f/3.5 on the A7 is a touch sharper with better contrast. 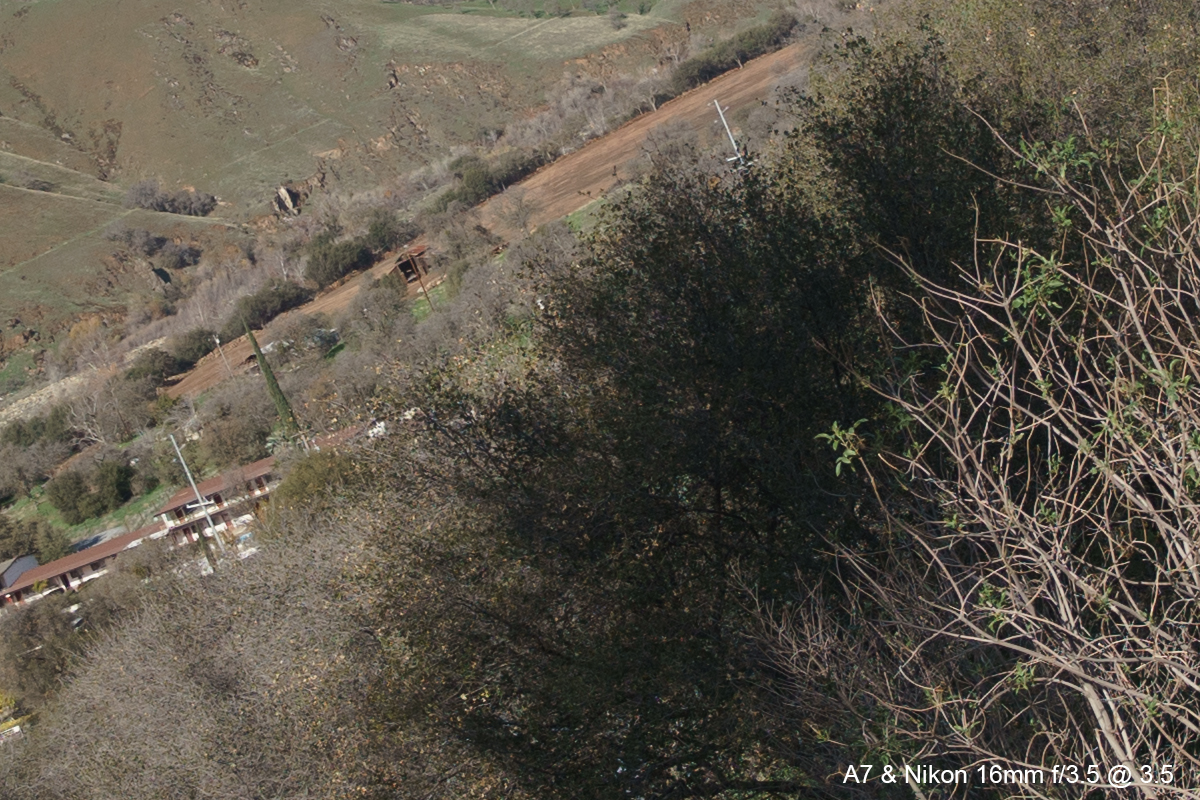 Lower down in the frame. 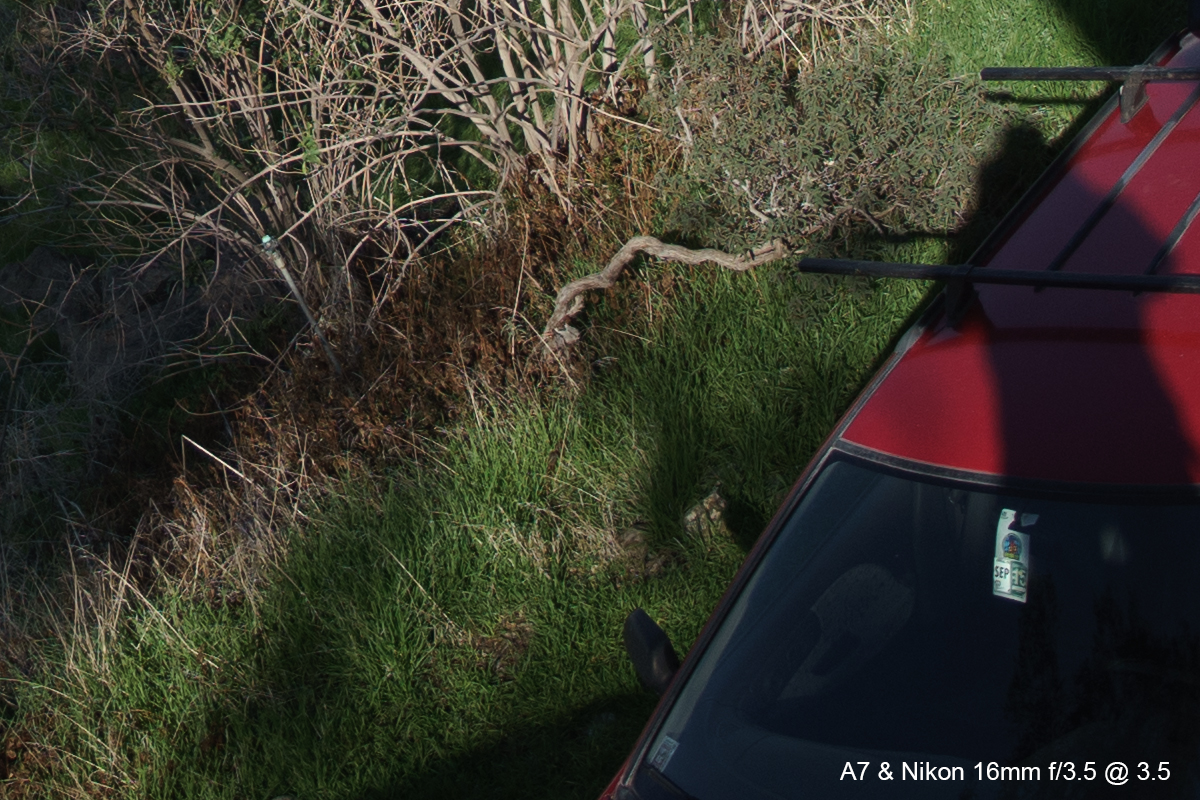 This is in the top righ extreme corner. 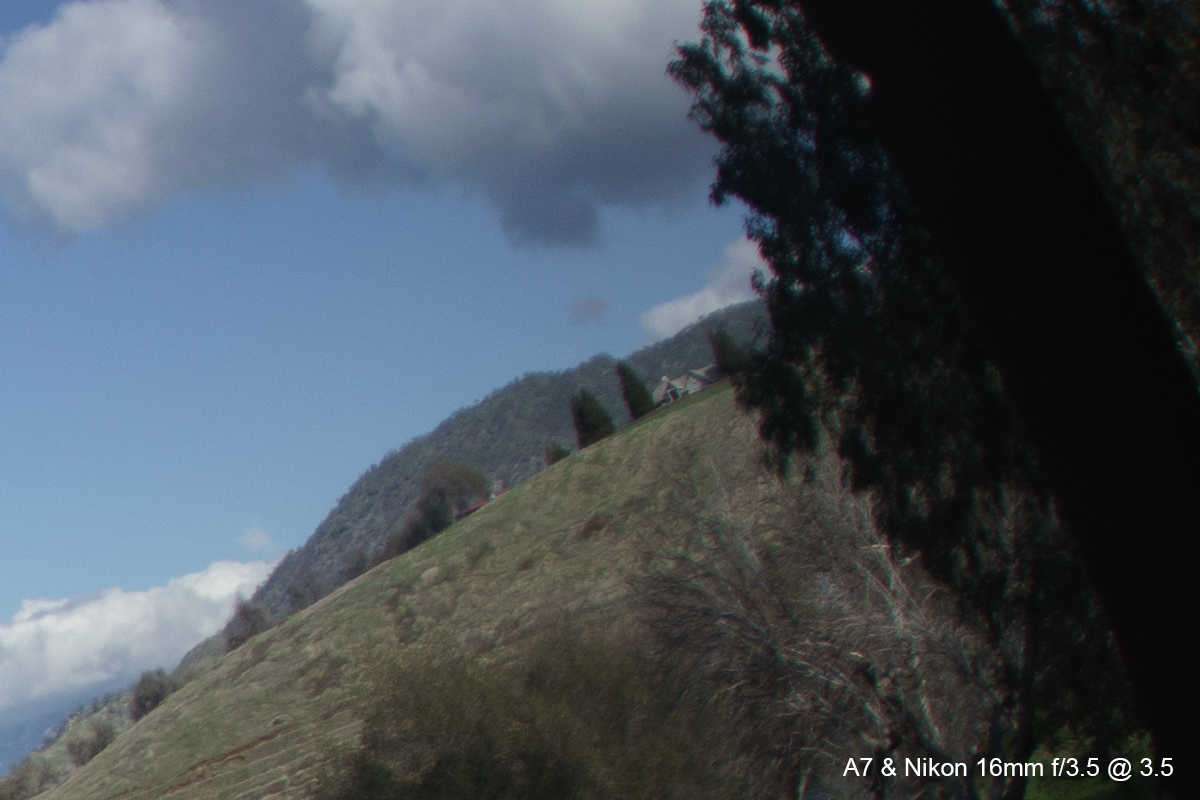 This performance wide open on the A7 or the A6000 with the Lens Turbo II is just incredible for a lens this old.

Rather than slog through f/4 and f/5.6 I'll jump to f/8 where this lens is going to be used for extreme depth of field. 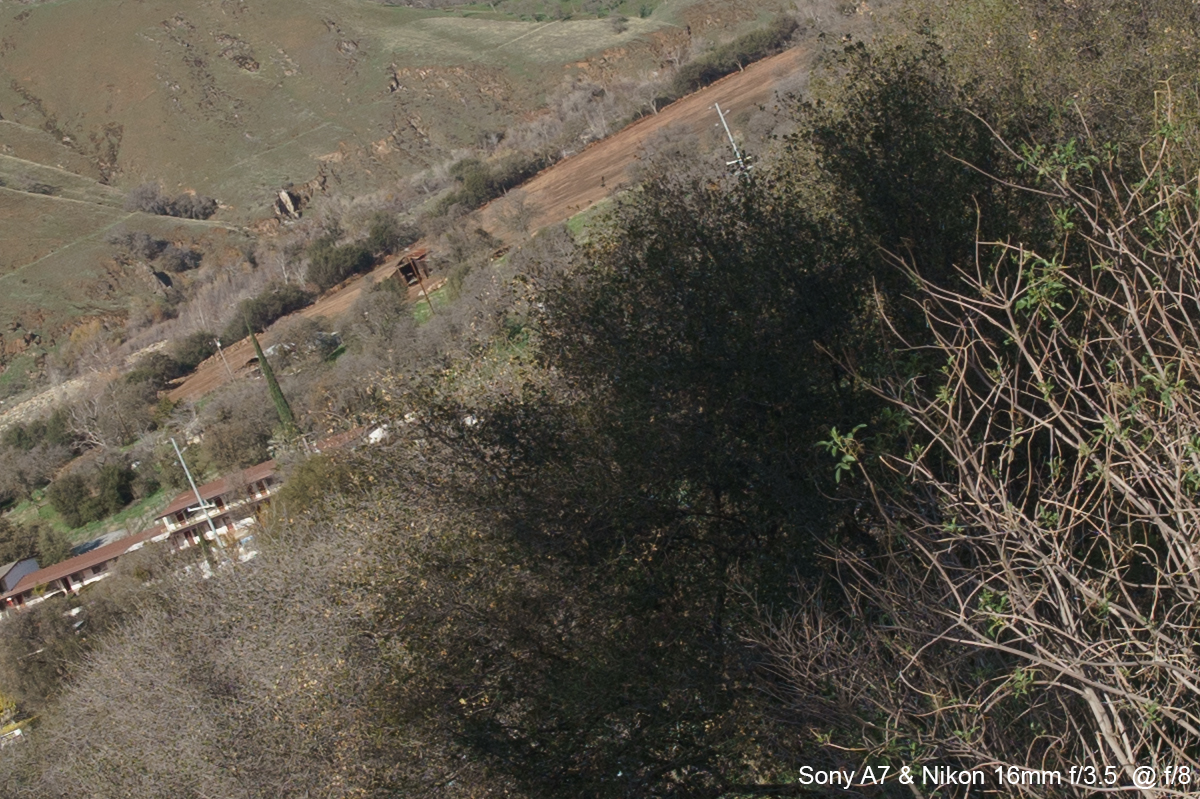 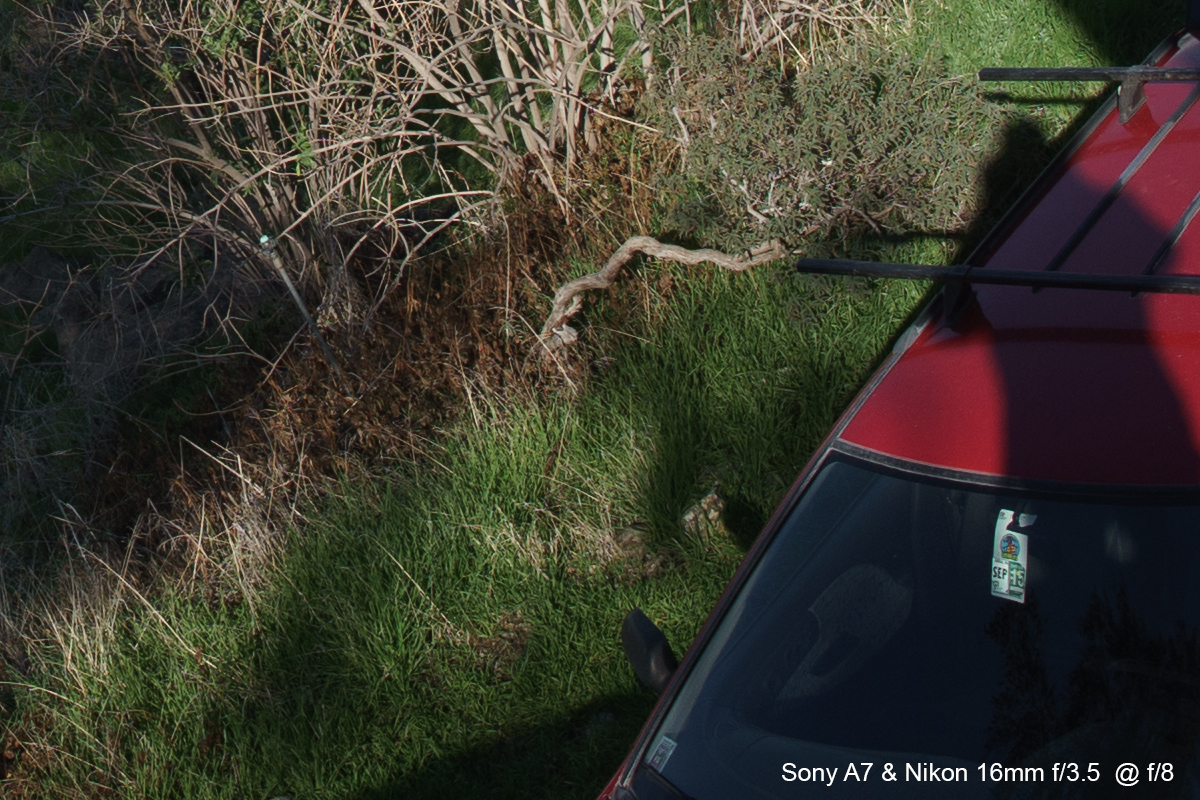 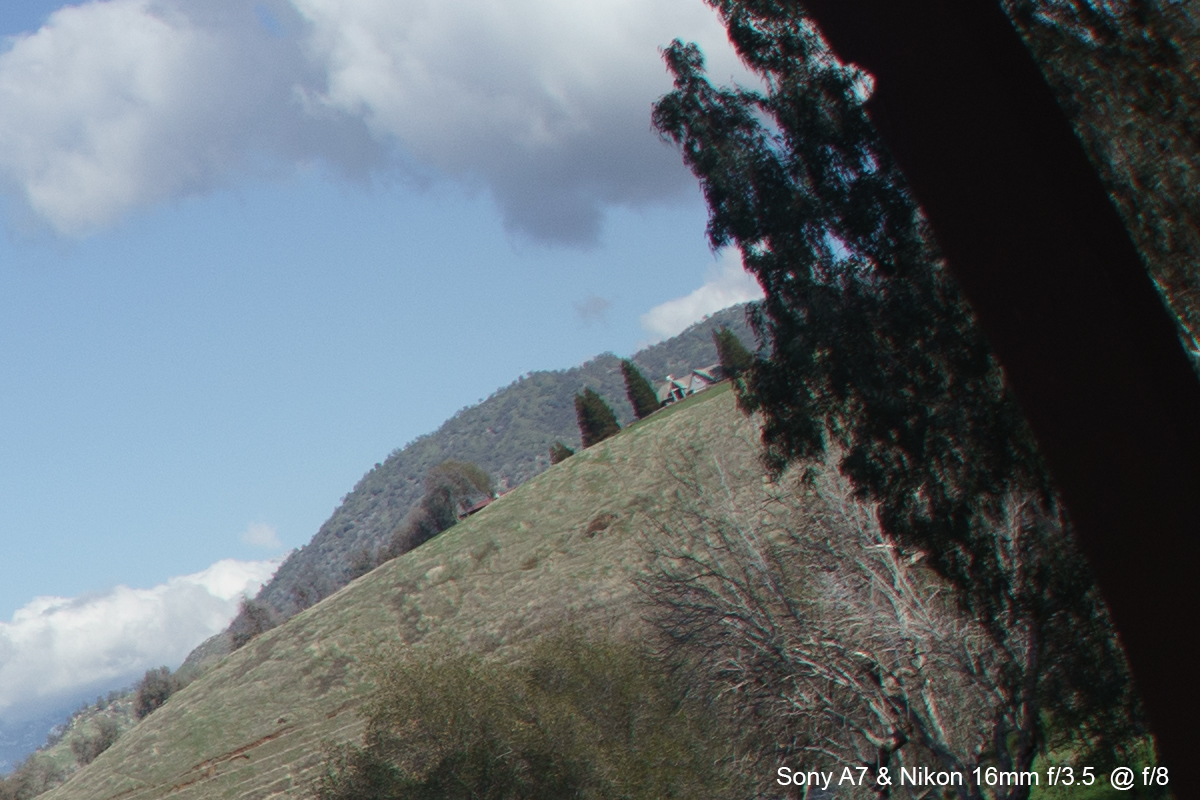 As these focal reducers have a poor reputation for working with wide lenses, here the Lens Turbo II does quite well with the venerable fisheye-Nikkor 16mm f/3.5 ai