Designed in the early 60's, my copy of the Nikkor-N 24mm f/2.8 was made some time between 1975-1977. This is not a lens with a legendary reputation, but my copy was $45. The "K" version of this lens (what I have) does have seven aperture blades, which is nice for sun stars. The earlier version was identical opticaly but only had six aperture blades.


Overall field of view, the Lens Turbo II is of course cropped a little bit, but it also shows less vignetting. 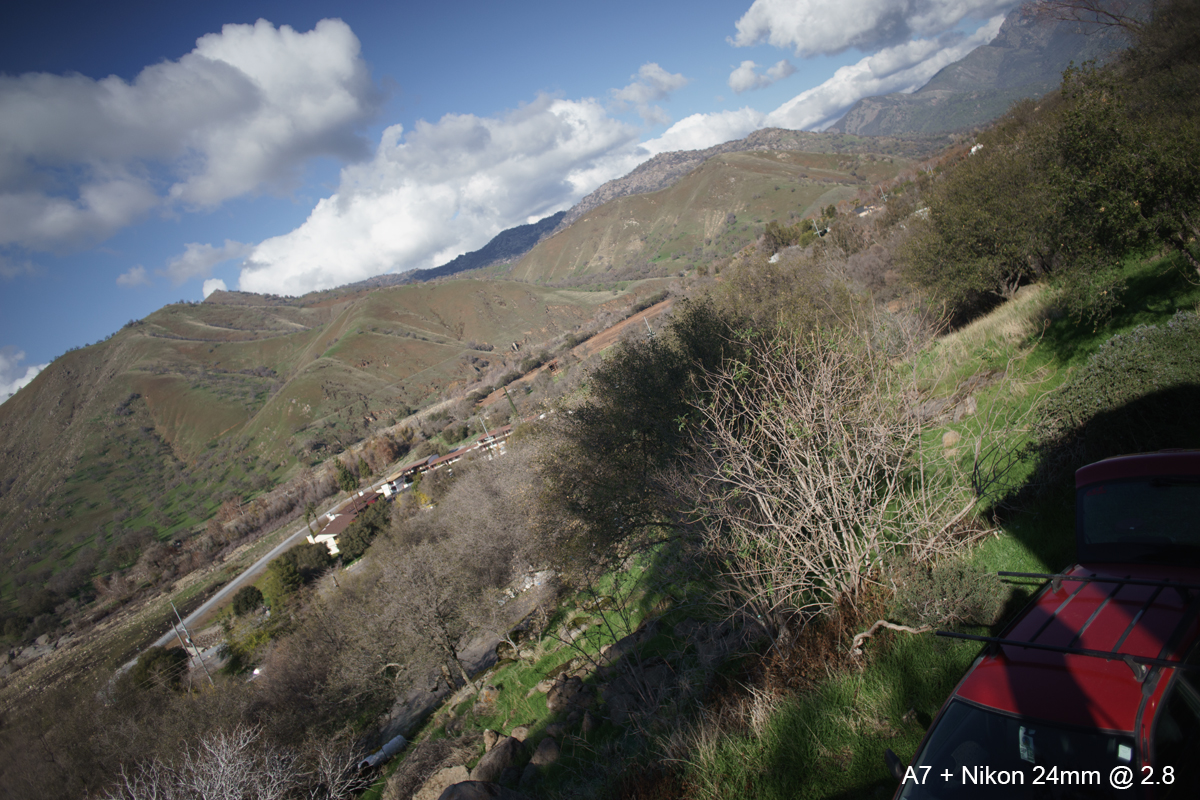 In the center the Lens Turbo II gives this old lens a solid boost in sharpness. 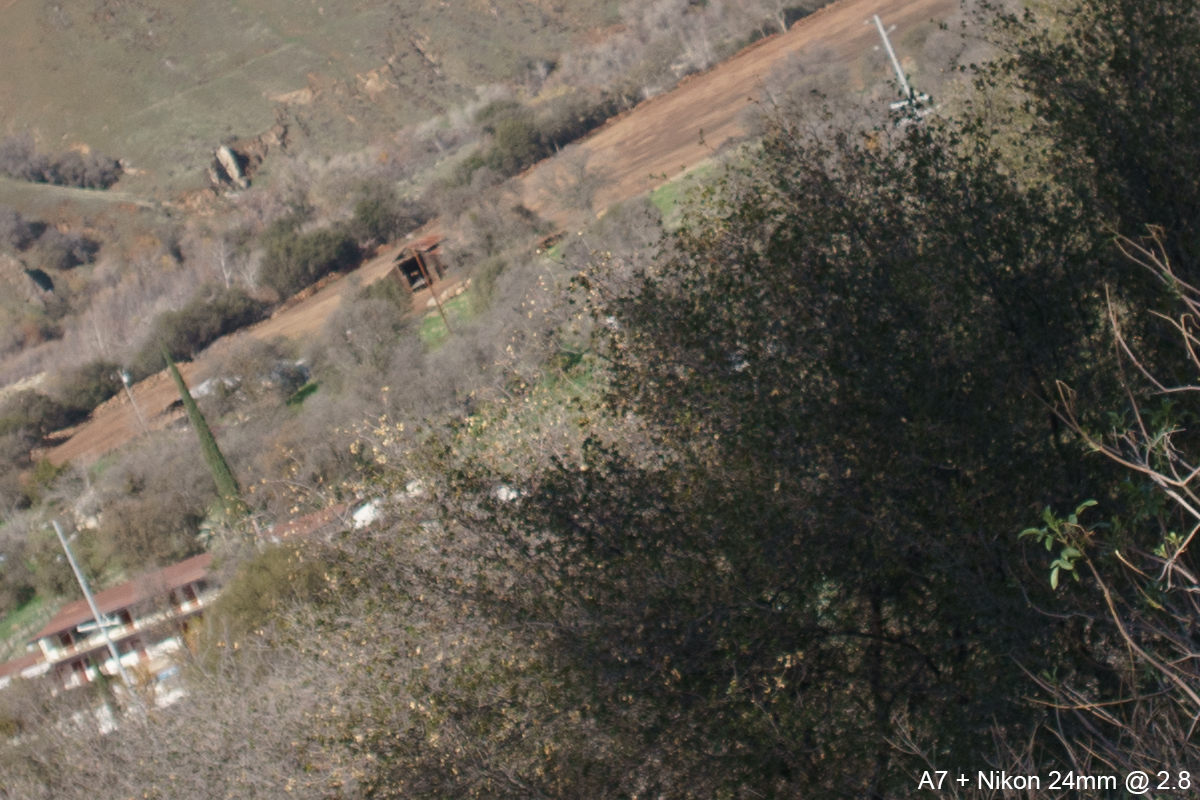 In the extreme corner things switch, it's much better on the A7 than with the Lens Turbo II on the A6000. 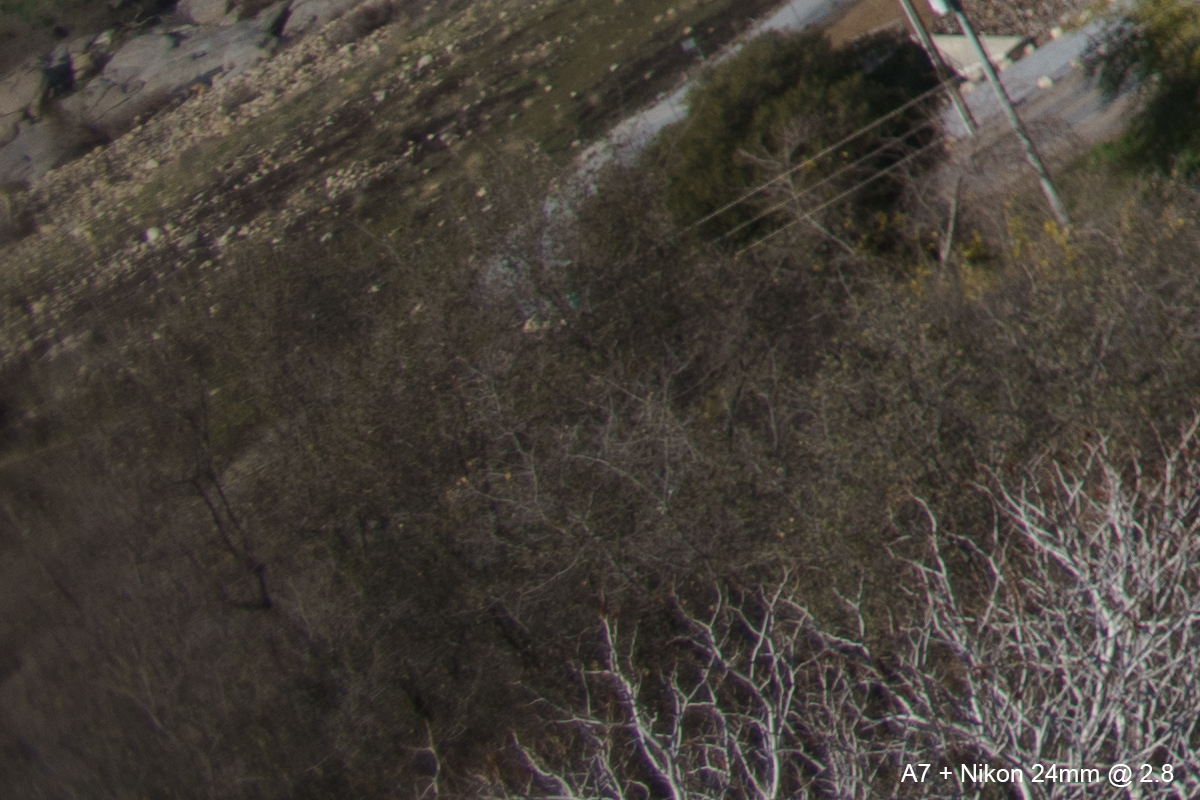 Rather than slog through f/4 and f/5.6 I'll jump to f/8 where this lens is probably going to be used. The lens comes to life on the Sony A7. 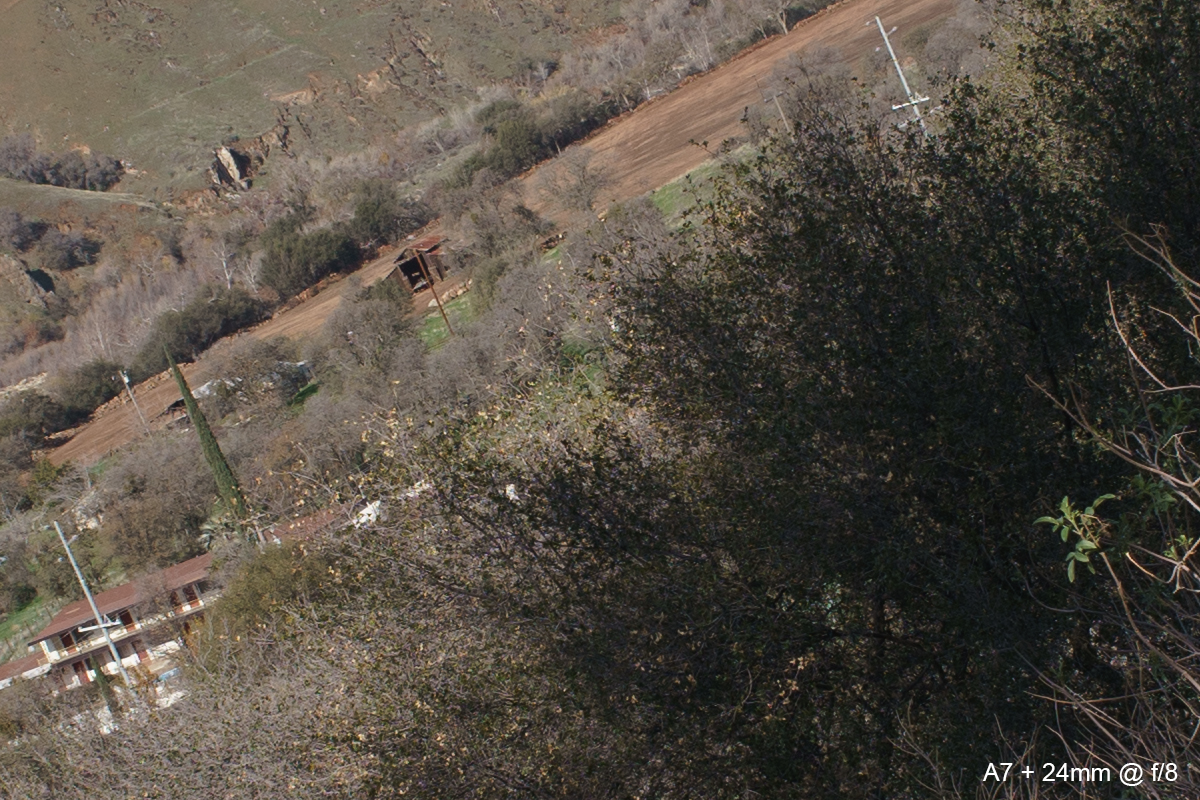 Corners are not incredible on the either combination yet are still superior on the A7. 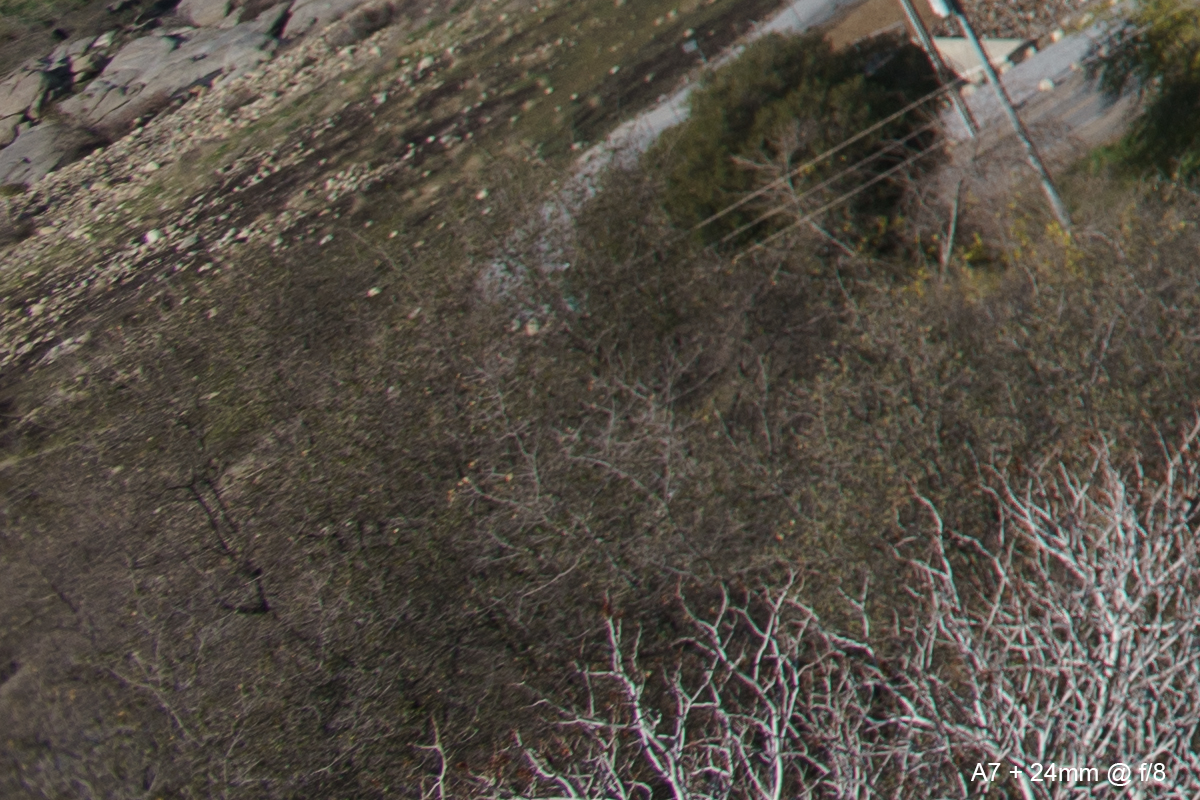 24mm is a classic landscape focal length, so let's take a look at f/11. 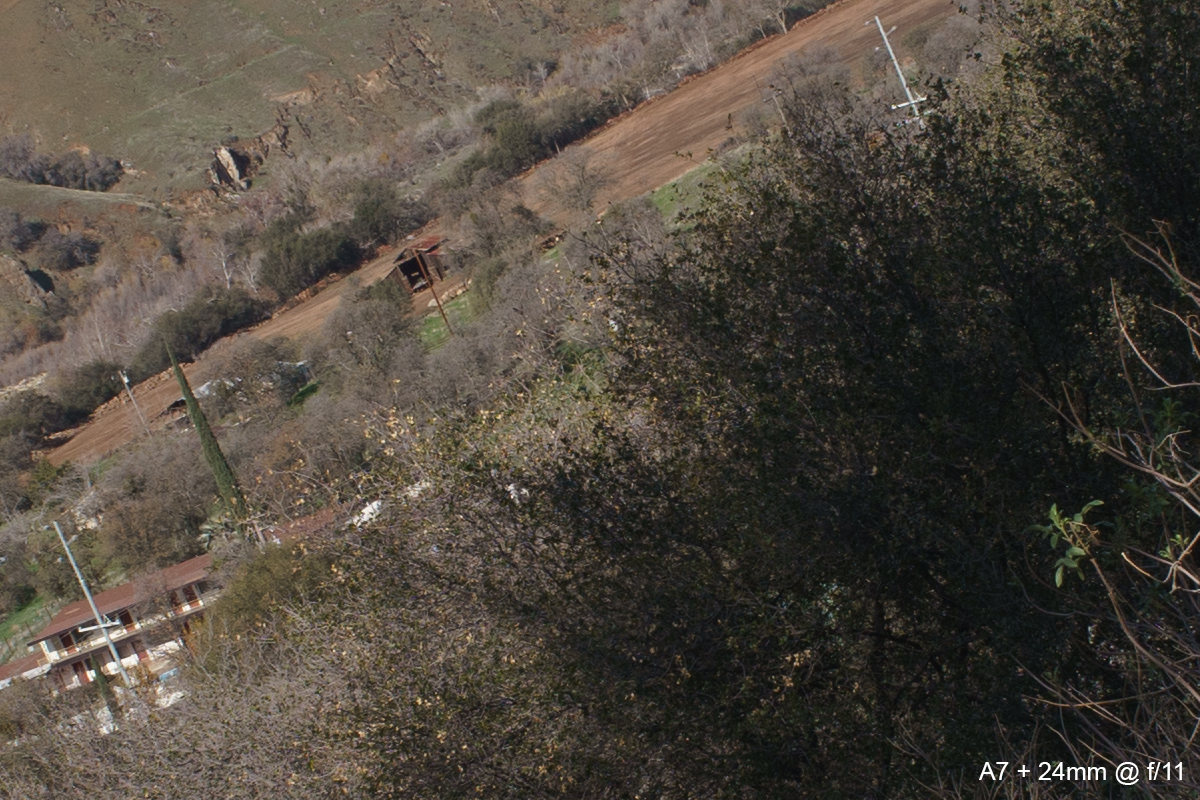 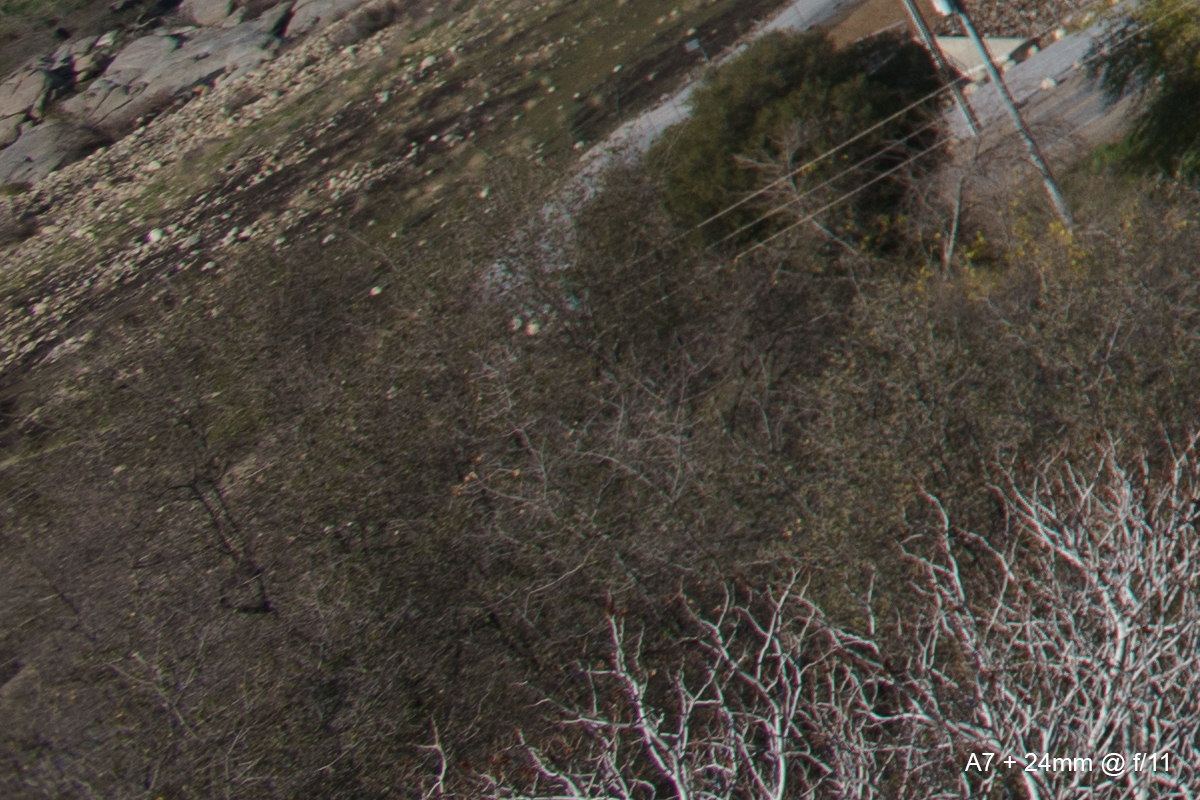 As these focal reducers have a poor reputation for working with wide lenses, here the Lens Turbo II highlights the imperfections of Nikon's old 24mm f/2.8 lens.