A note on the Lens Turbo II. It's supposed to "brighten" all lenses by one stop, but in reality there is a bit of variance in that. At wide apertures the A6000 coupled Lens Turbo II and the Nikon 50mm f/1.4 it lets in 1.4 stops more light than the same lens on the A7. As the lens is stopped down that changes, by f/8 it's .5 exposure behind the same lens on the A7. That's interesting. For this review exposure is adjusted for images to match.


Visibility on this day is well over twenty miles. Shot on a tripod, shutter speeds fast enough to eliminate any kind of shake. Manually focused on the barn just off center, at maximum aperture and focus left there, no adjustments made for focus shift or field curvature. White balance set to daylight. 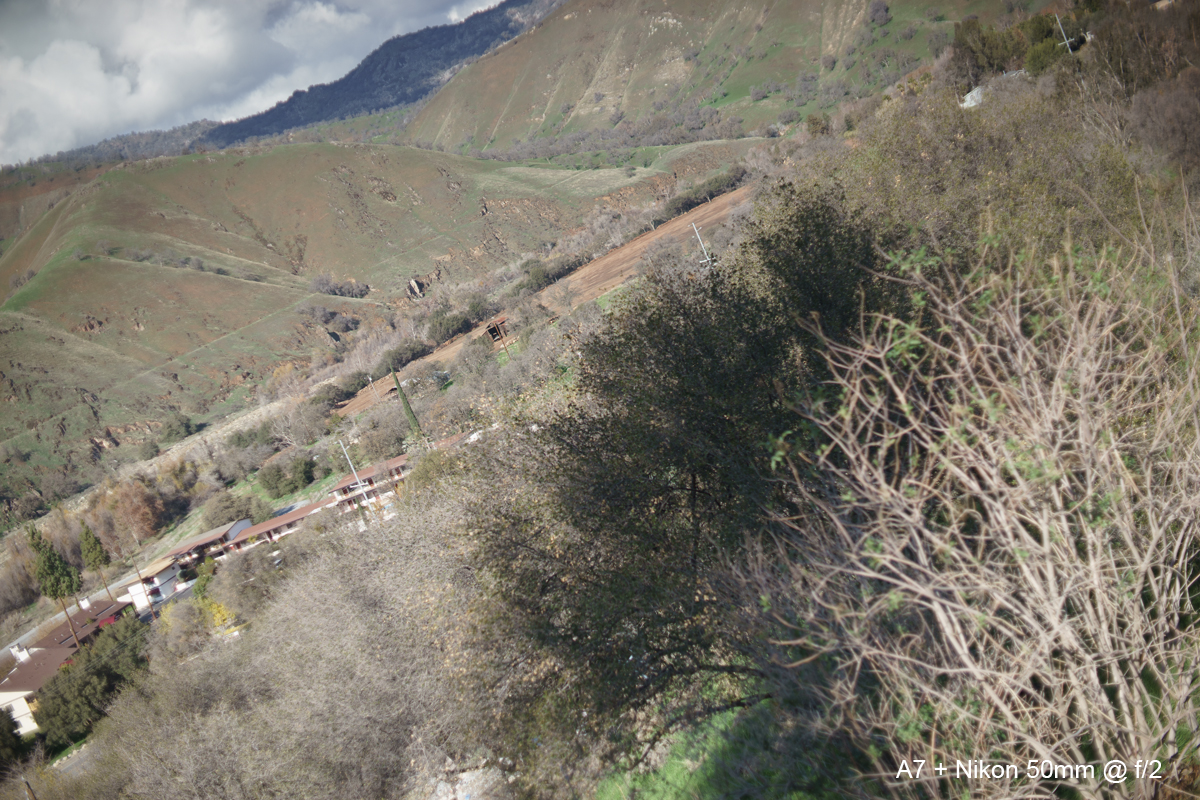 It's an old design and no surprise it doesn't hold up to the Lens Turbo at f/2. 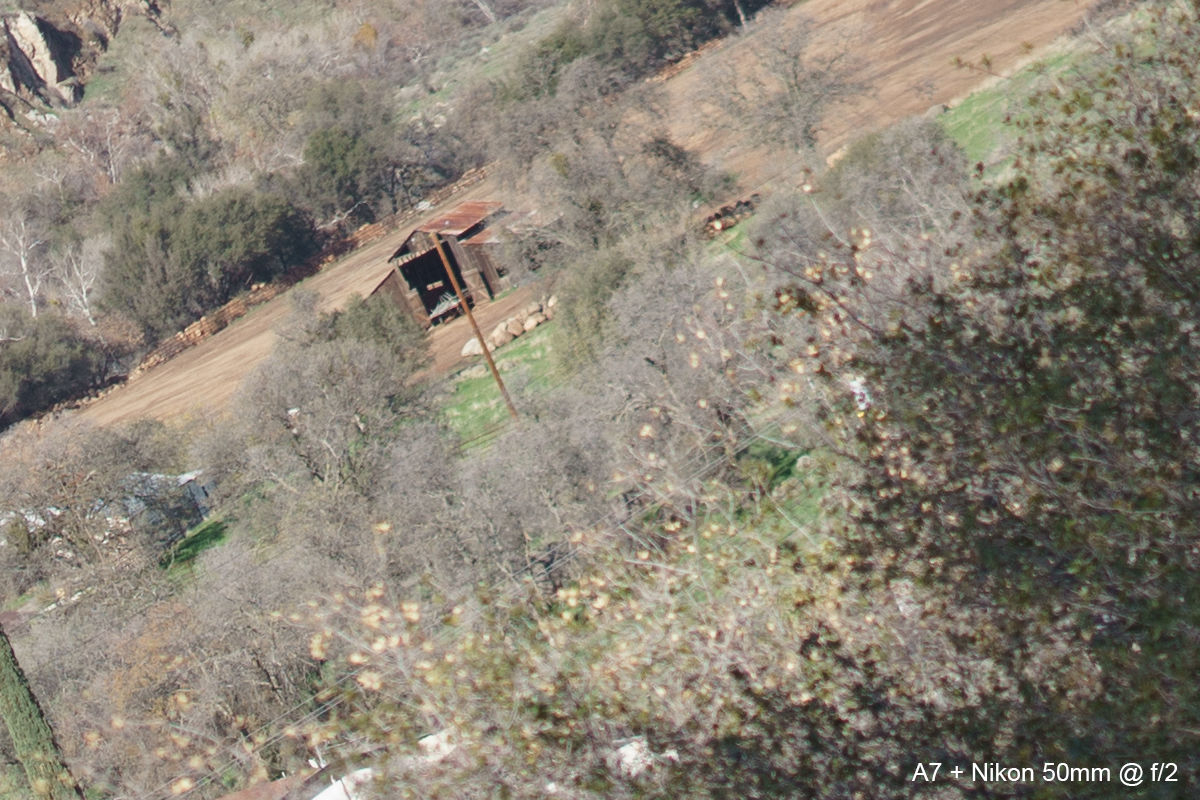 In the extreme corner things are surprisingly even, perhaps even a nod to the Lens Turbo II. 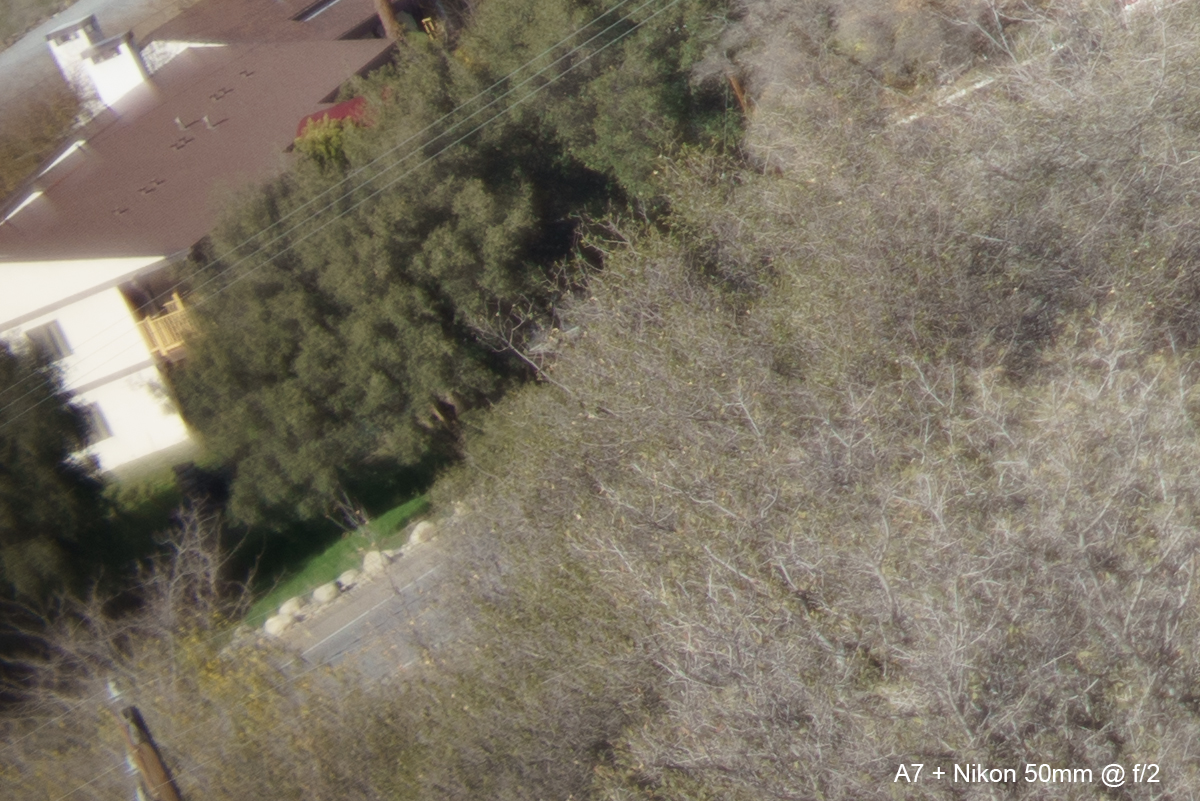 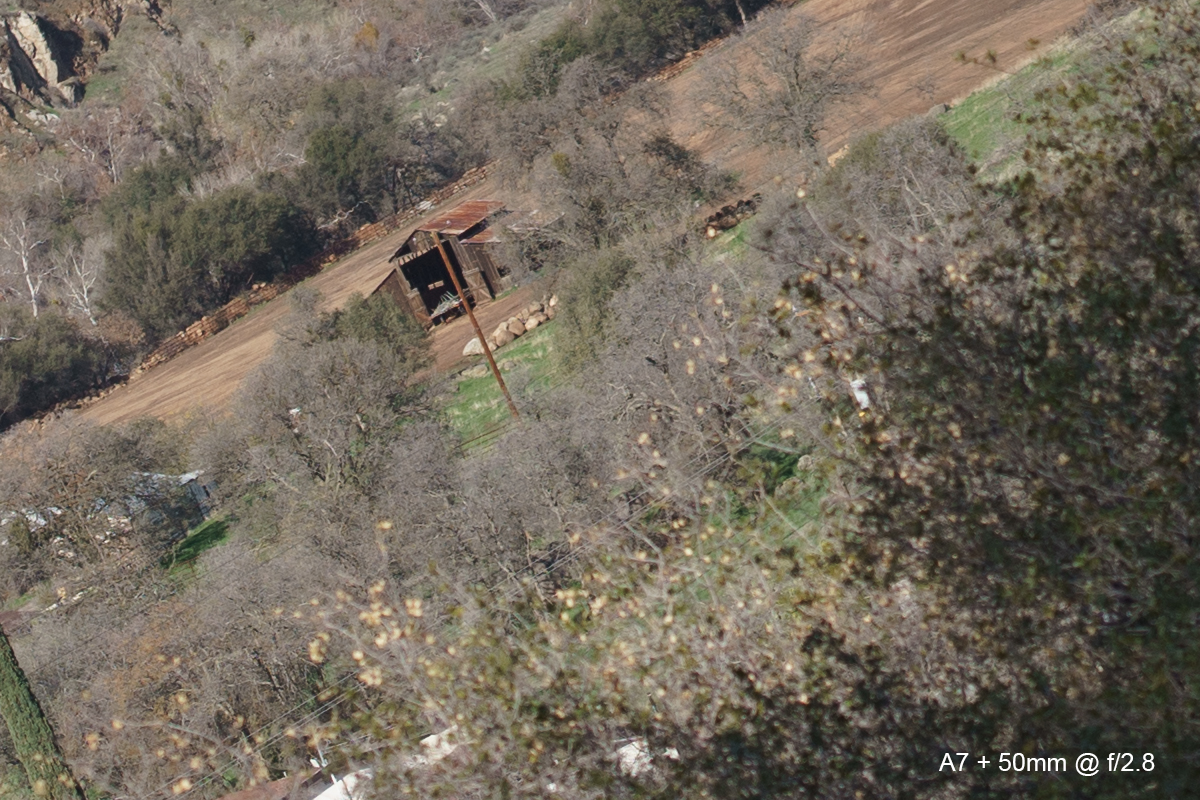 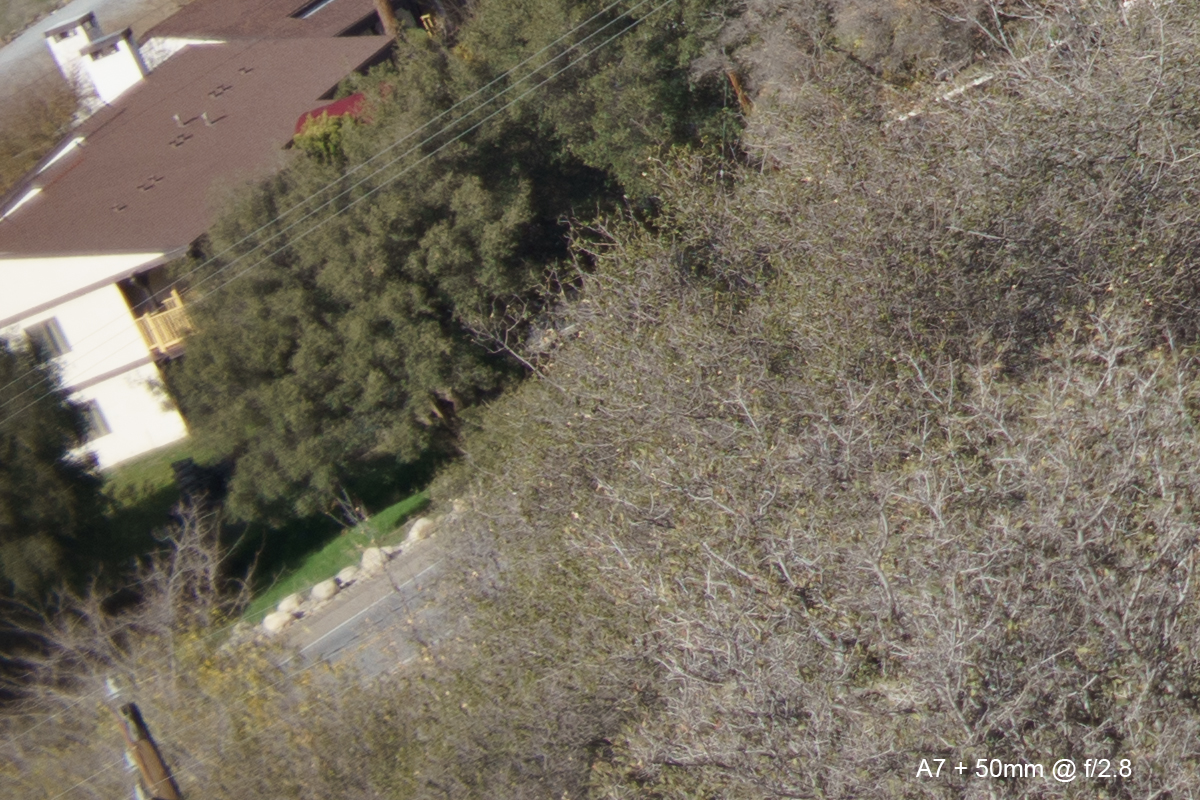 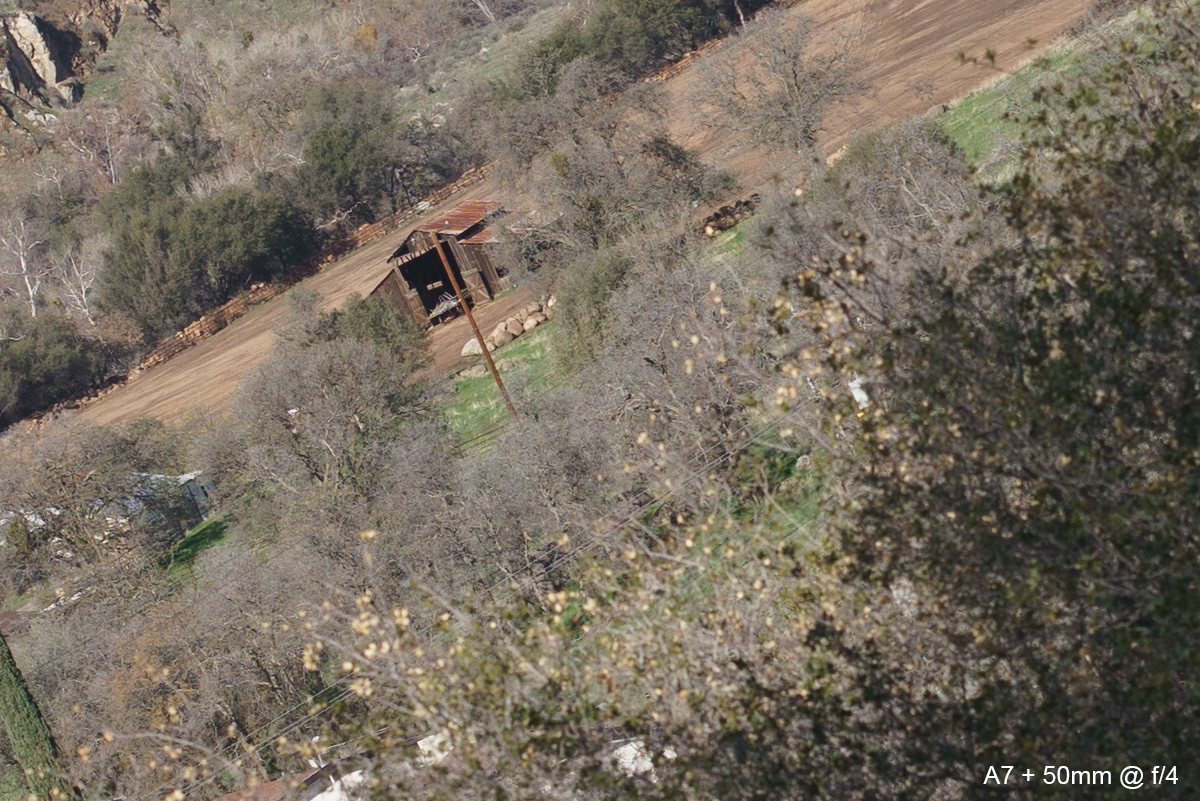 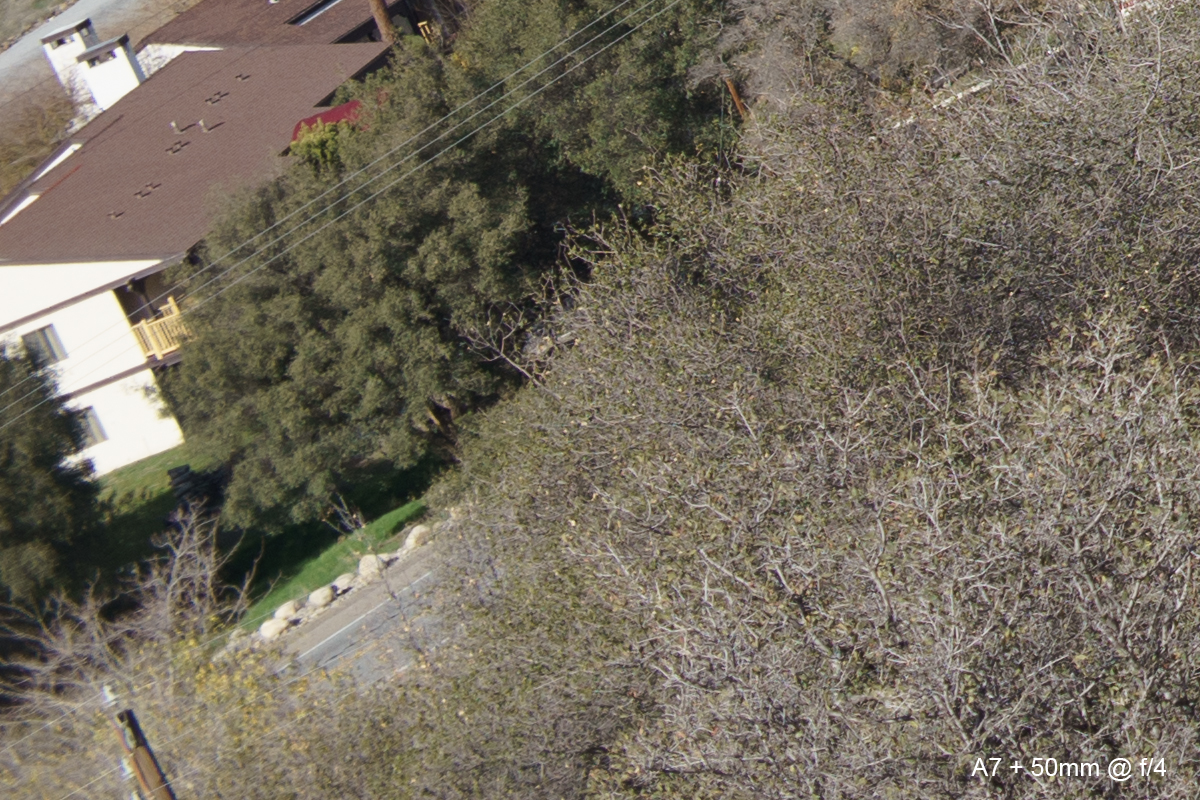 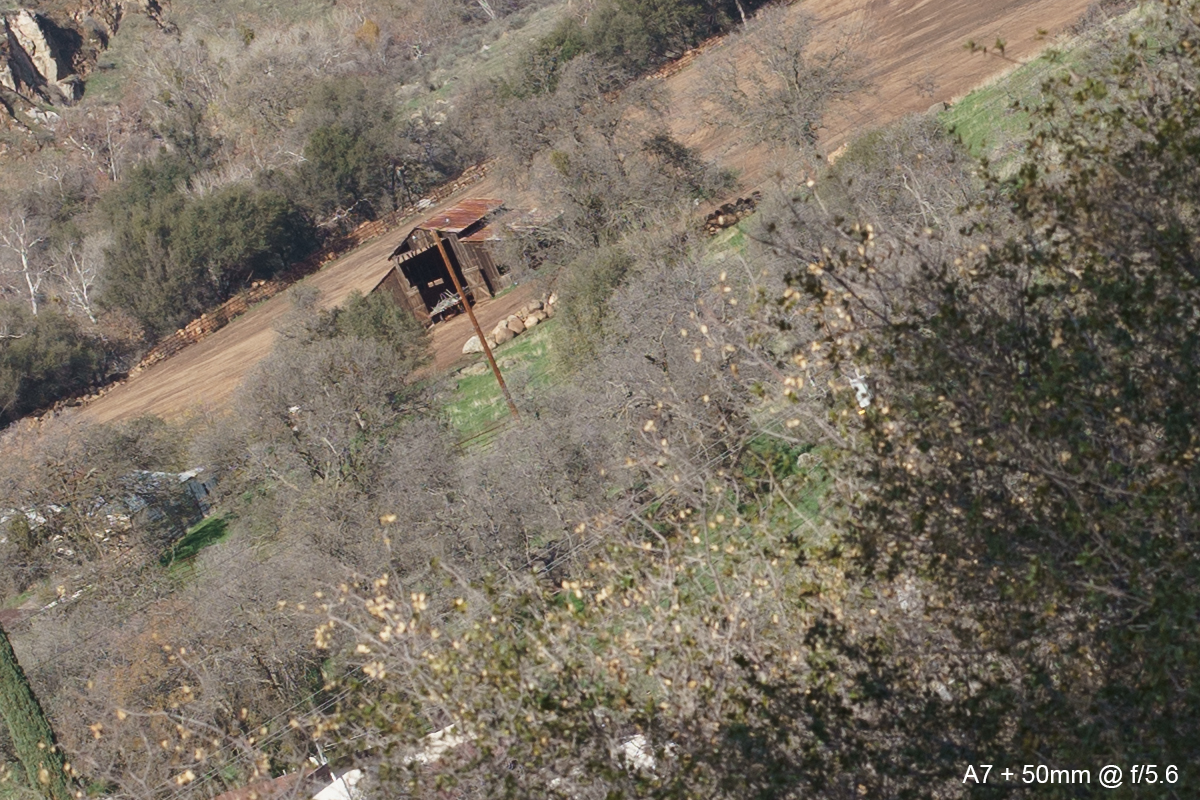 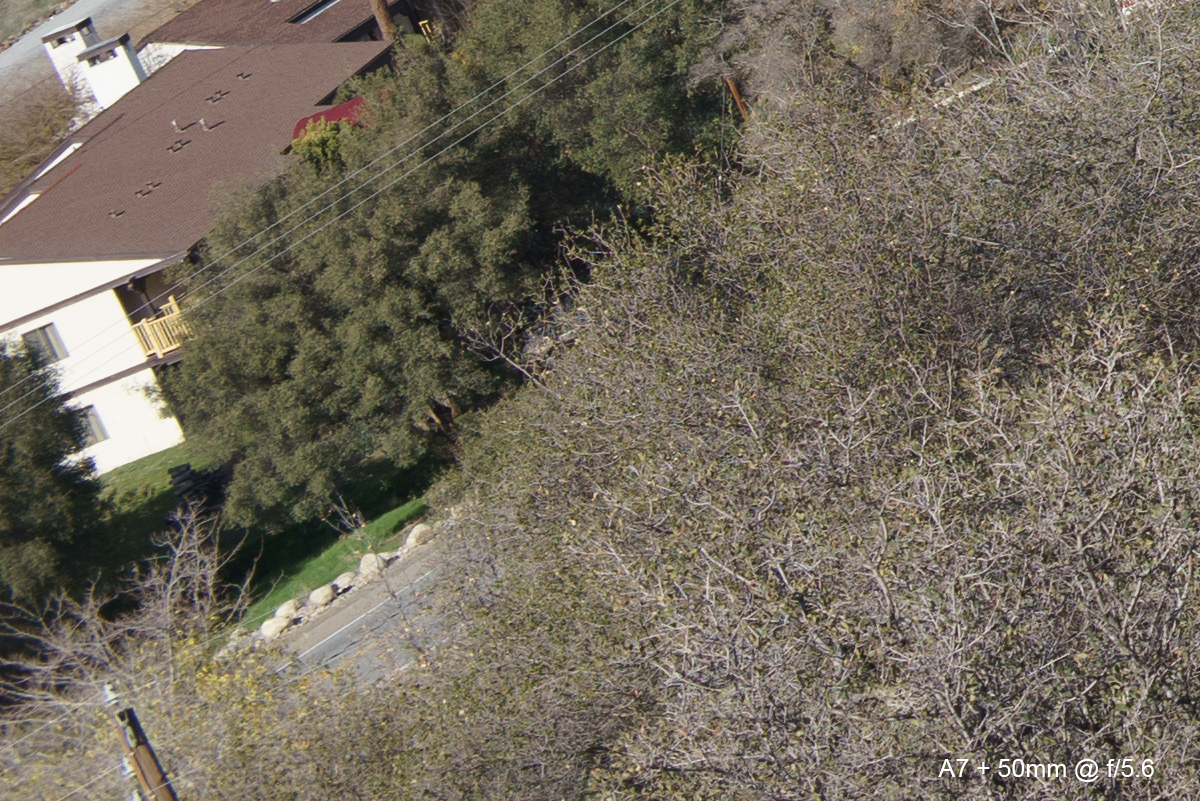 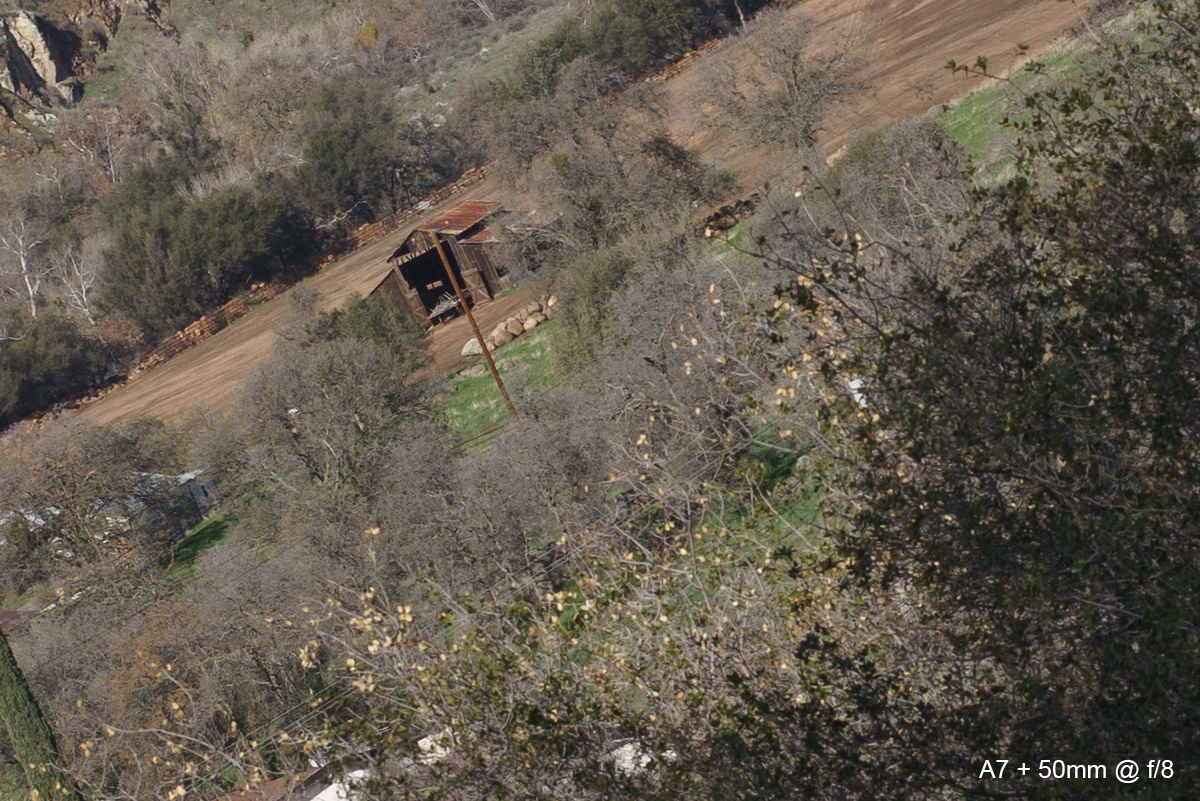 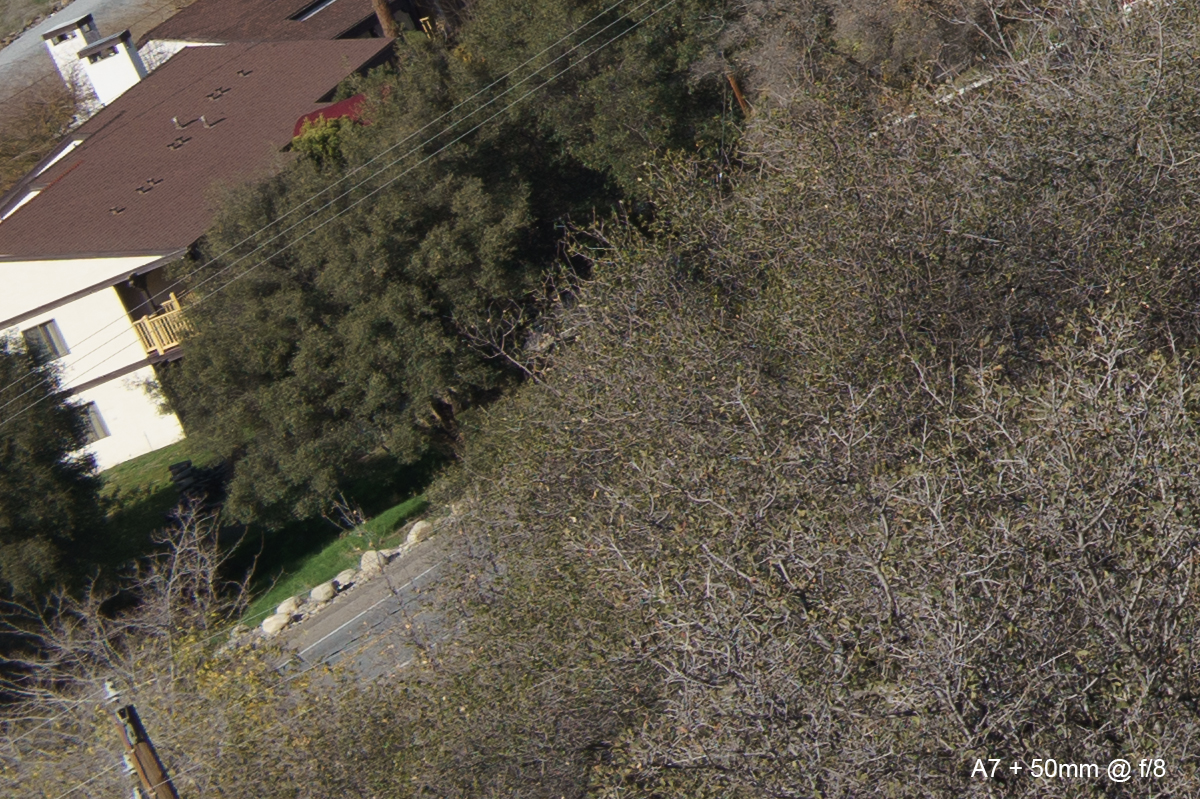 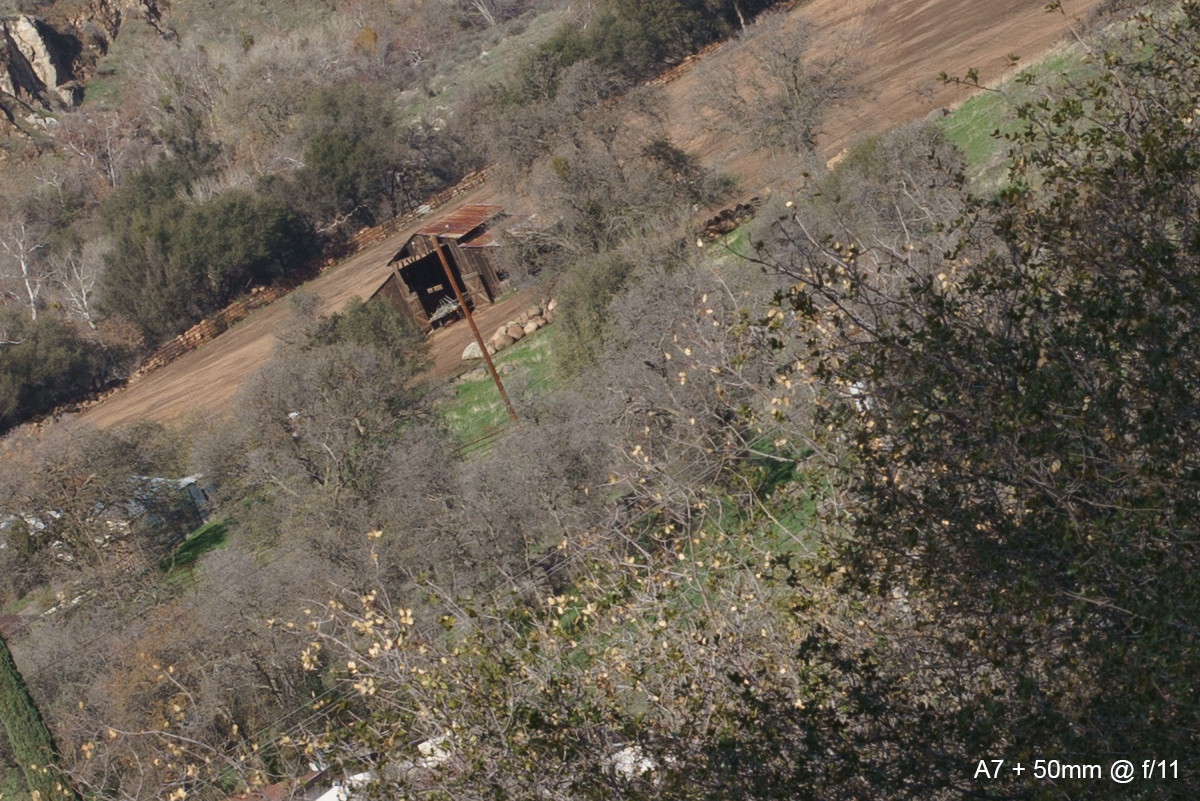 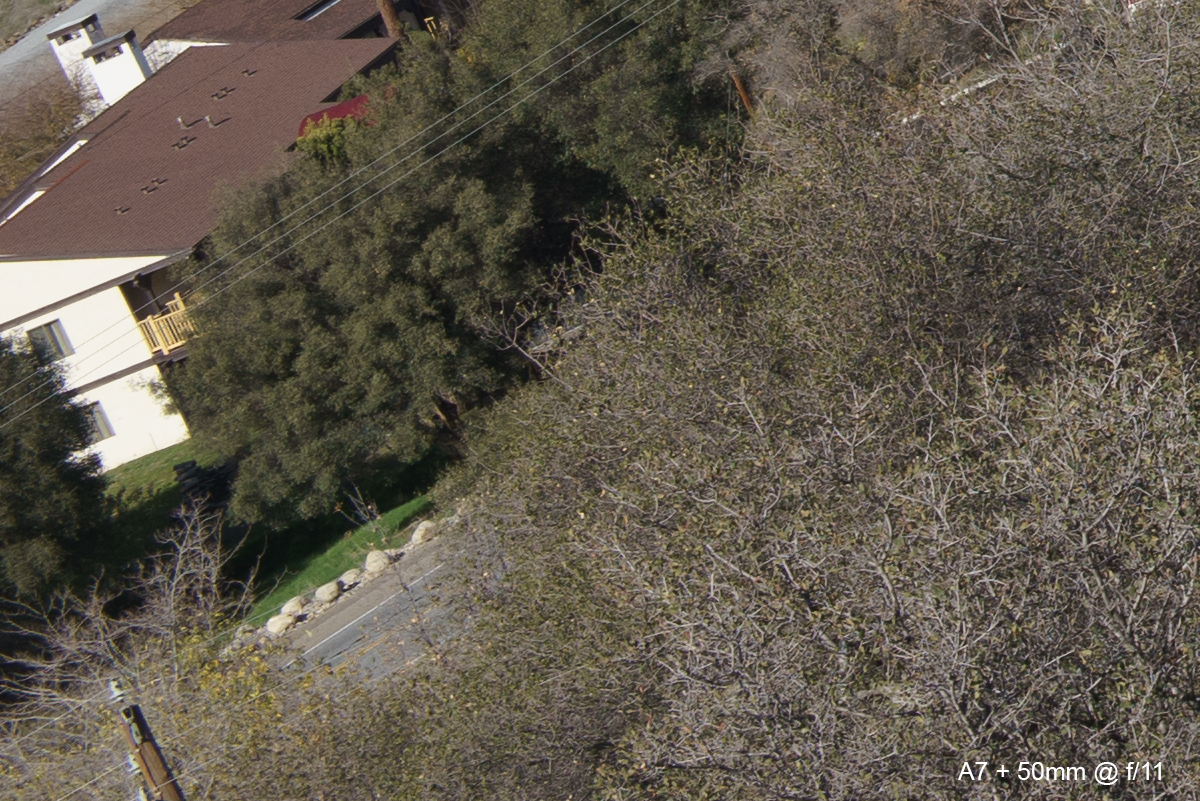 The old Nikkor-S 50mm f/1.4 just doesn't seem to get along with the Lens Turbo II.