Japan 2012
Japan does not have the best kayaking in the world, nor does it have the easiest water levels to predict, yet it's my favorite kayaking destination. What Japan does have is incredibly history, fun culture, great scenery and undocumented rivers with generally good access. Plus it's safe, has great food and offers an experience like nowhere else. All things considered it's no surprise that when the opportunity presented itself, I had no problem filling out the roster for a Japanese expedition. Two of us decided to go, and sooner than we knew it an eclectic group of people were coming.

Daniel Brasuell, 28. - Daniel is not only an Eagle Scout, but with a Masters Degree in Engineering he has been project manager and engineer at Aerojet.  He has written enthralling papers on subjects such as "Nuclear thermal propulsion for crew transport for exploration of the moon, asteroids, and mars".

David Maurier, 29 - David is a well educated cat lover, and is notorious for not liking low volume kayaking.

Darin McQuoid, 30 - Moderation is said to be key in all things. With no advanced education, and a history of seasonal jobs, pro-kayaker-photographer Darin brings the IQ down to a level that normal people can relate to.

Diane Gaydos, 24 - Almost a medical doctor, Diane has her hands full between managing Daniel as well as finishing her school work. We're not sure how she finds time to go kayaking, but she does!

Shannamar Dewey, 30 - Collegiate athlete Shannamar played for UC Santa Cruz and went on to play semi-pro basketball in New Zealand, and is currently finishing a Phd in "molecular and cellular integrative physiology" at UC Davis.

Rok Sribar, 46 - Rok grew up in Slovenia where he started paddling at the age of 12. Now a dual Phd holder from Cornell University, Rok also married at Cornell is a father of two and lives in Auburn, California with his family.

Laura Farrell, 26- Born in Florida, it's amazing that Laura became a whitewater kayaker. She sticks true to her Florida roots as a seasoned guide for Disney Adventures.

Yoshihiro Takahashi, 38 - Owner of Spirit Rafting in Japan, Yoshi is a host of incomparable patience when dealing with loud Gaijin.

On most international trips I bring two cameras, just in case something breaks. In this circumstance it seems a bit pointless since most cameras come from Japan, so my camera kit for the trip will is:
Sony NEX-5N
Sigma 19mm f/2.8
Nikkor 35mm f/1.8
Nikkor 58mm f/1.4
Nikon 75-150mm f/3.5

Direct flights from LA to Tokyo are pretty cheap, and painless with no layovers. For some reason flying from San Francisco is double the price, even though from LA you fly over SF in route to Tokyo. It's best to bring kayaks, but airlines are hit and miss on their fees. We've had boats go anywhere from free to $300 on different airlines. It's all about how lucky you are at the ticketing counter. I am lucky and $36 and some hours later and we all meet at Narita International Airport.

Success, all the people, all the gear! 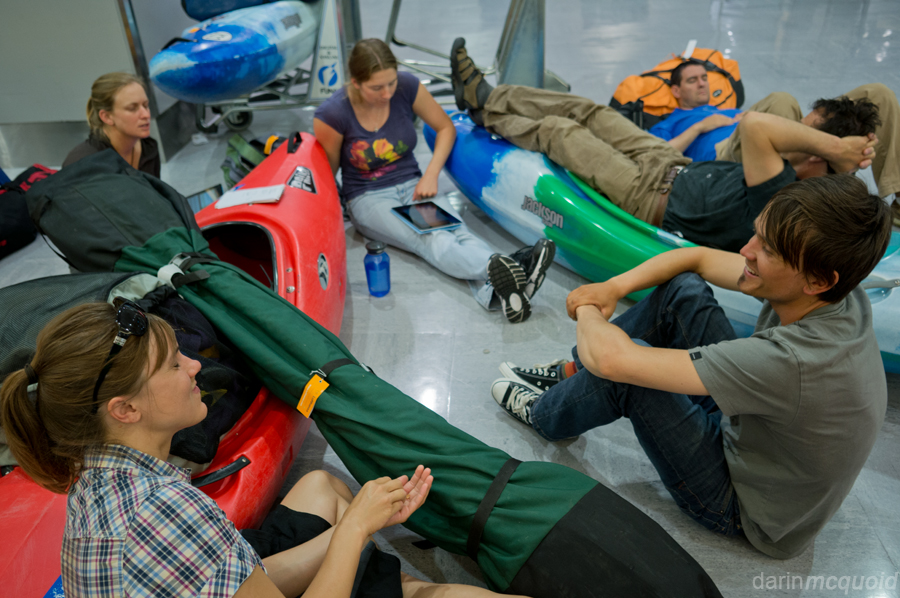 Yoshi picks us up and we're at the Freewave hostel, enjoying some beer and oh so ready for sleep. 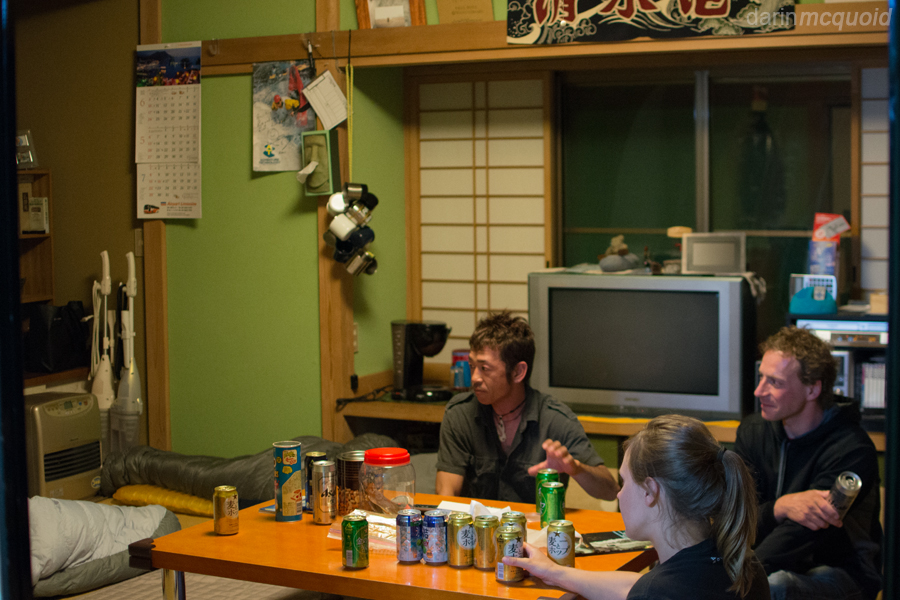 It takes several days to get on the water in most international destinations. In Japan we landed at night and were able to kayak the next day on the Agatsumagawa, a short beautiful run.


Rok Sribar warming up at put-in. 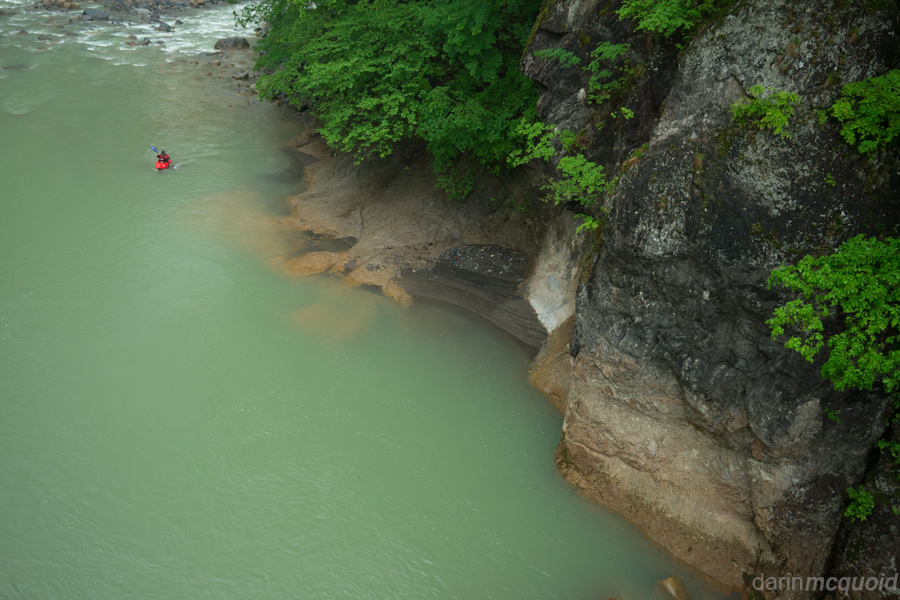 It's amazing to see the contrast between relatively older and newer infrastructure development in Japan. 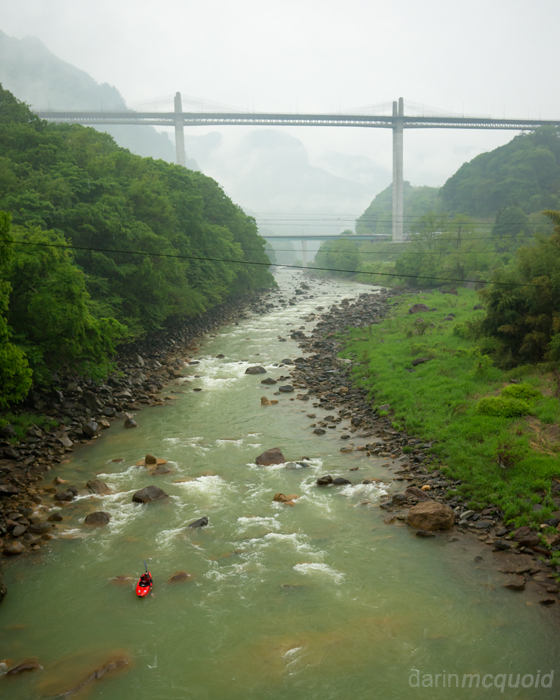 Down in the canyon it's mostly class III, very walled in, with one IV+ rapid to spice things up. Shannamar Dewey 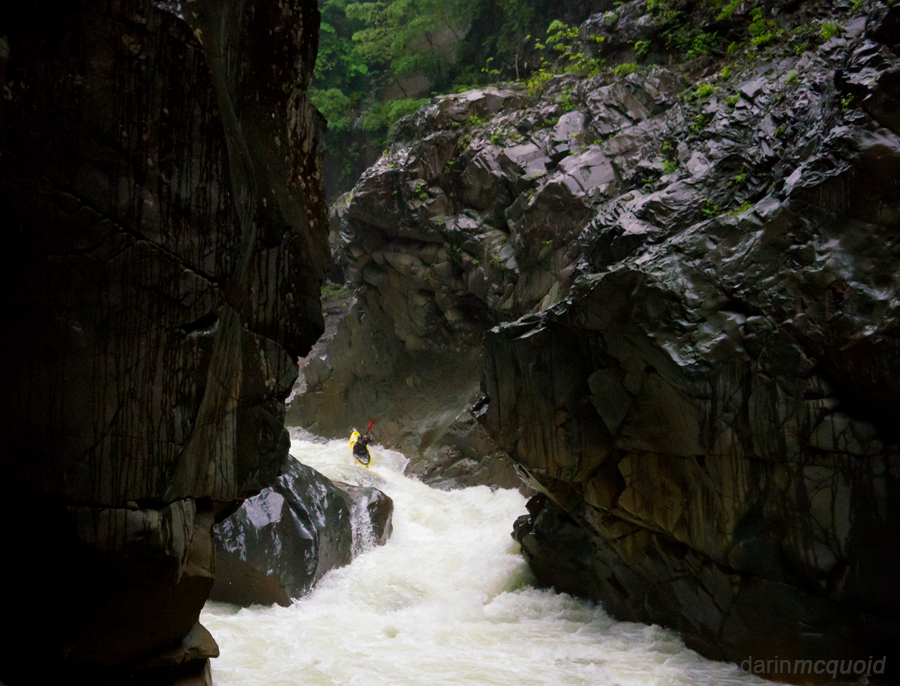 David Maurier enjoying the deep canyon. It's roadside but that road may as well be on the moon, there is no getting out. 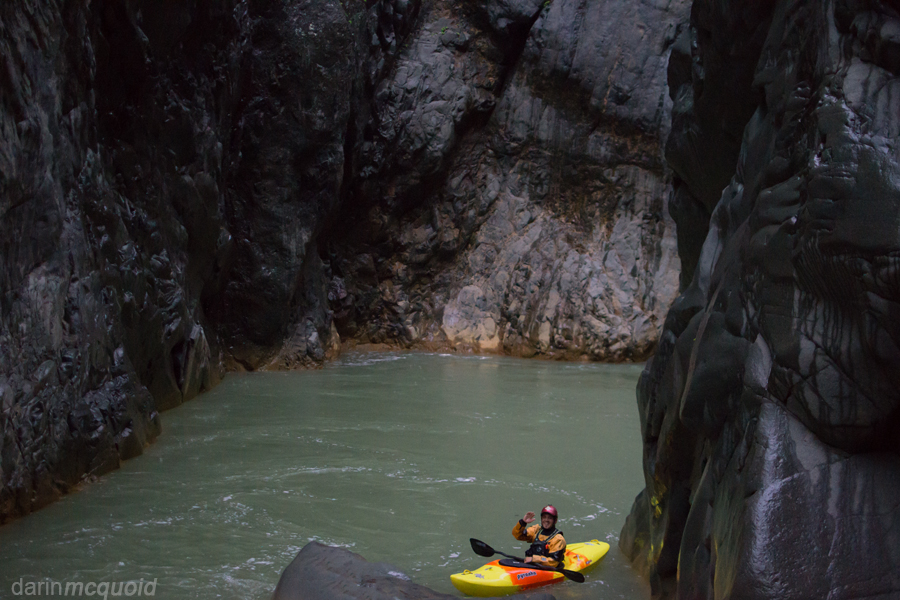 Hiking out is on a steep trail, but the road is only a couple hundred feet up. Shannamar Dewey and Laura Farrell. 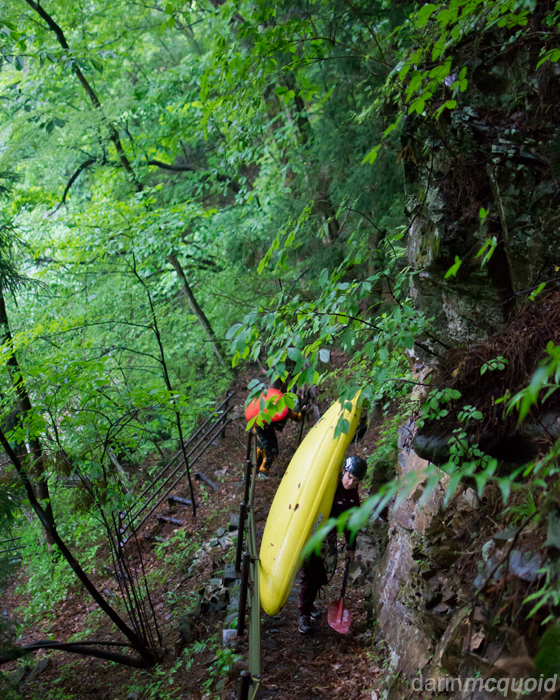 From the Agatsumagawa (Gawa = River) we head to Minikami. Last year we drove around a bit too much, so this time we plan to stay centered around whats kind of the Asheville/Hood River of Japan. A ski town in the winter, Minikami is a great adventure town with a rafting and bungee jumping in the city. Our good friend Lincoln Taylor lives here running Green Discovery and we base near his house for the night, not quite sure what we'll do the next day. Daniel Brasuell also has a write up from the day. 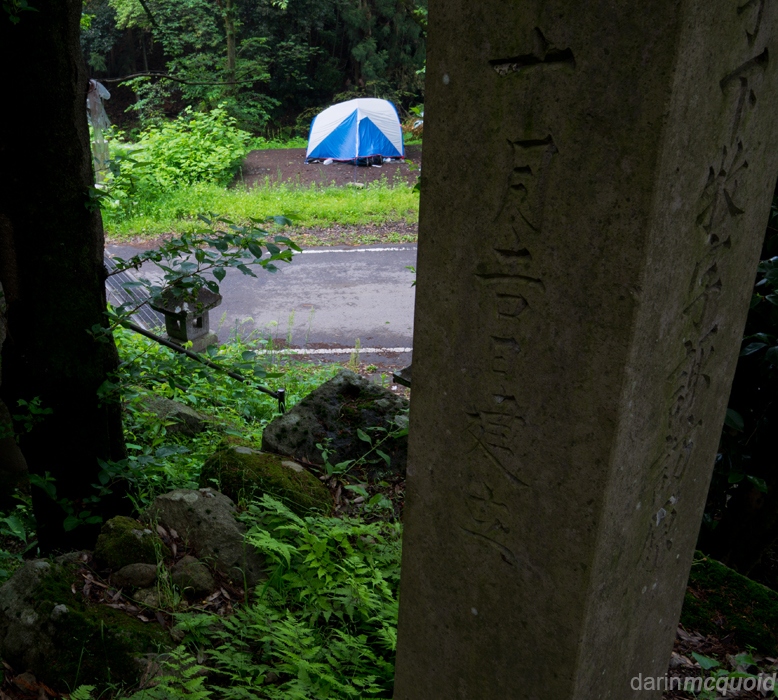 On to the Tonegawa & Yunokoyagawa