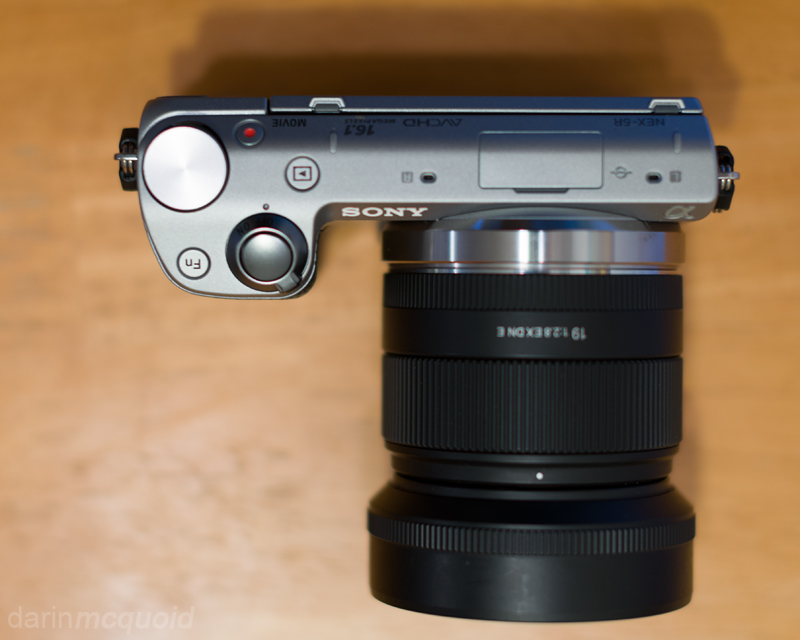 There are plenty of tech sites out there talking all about the specifications of Sony's new NEX-5r but a camera is more than numbers. These are my thoughts on the NEX-5r as a previous owner of the NEX-5, NEX-5n and NEX-7. If the Sony NEX-5n was a sleeper (that has ended up becoming an Amazon best seller) the updated NEX-5r was received with even less hype but introduces significant, important changes. I think it will be a best seller too. As the NEX-5r an update to NEX-5n and shares the same sensor, it's best to read my 5n review first. This will be a shorter review as much of the performance is covered in the 5n review. Let's look at my previously listed Cons and see how Sony addressed them.


The touch screen has not changed that much. I still don't use it for much more than setting the AF point, it's faster to use the dials to navigate the menu system.

External controls: Sony has added in a top control dial that feels just as good as the ones on the NEX-7, and it has a nice slope to perfectly match the top angle of the 5r's body. A programmable function button has been added to the right of the shutter release, also a welcome addition. Unfortunately there is a fly in the ointment. For some reason Sony crippled the rear command dial when they added the top dial. In Program, Aperture Priority and Shutter Priority mode, the top command has control and the rear dial does nothing unless pressed down to activate Exposure Compensation control. In P/S/A modes the camera handles more or less the same as the 5n despite the extra dial. Let's hope Sony can do a firmware updates to fix this before the camera is discontinued. For my personal taste, this is not a problem as I like to shoot the Sony NEX series in manual mode. Here the extra dial is of benefit, the top dial controls aperture while the rear manages shutter speed, improving handling in a big way. The function dial is also very useful, especially if you rely on the AF system of the camera. I generally use manual focus on the NEX series, but find it handy to be able to switch AF on and off with this dial instead of having to go into the menu system. Sony has also put the on/off button in the correct place, around the shutter release button. There are some slight software changes to how the 5r handles over the 5n: Previously I was able to set the button in the center of the rear command dial to ISO, now it can only adjust the exposure mode. Pushing right on the dial no longer has customizable options, it now controls ISO all the time.

Expensive EVF: The average retail value of Sony's FDA-EV1s has dropped from $350 to $260 making it much more affordable. I like this viewfinder, a lot, despite it's fragility and terrible supplied rubber eye-piece. Previous review of the FDA-EV1s.

Slow turn on time: Thank you Sony, the NEX-5r is faster to power up than the NEX-5n and NEX-7. For some reason the 5r powers up the slowest with the 18-55mm kit lens, about the same as the 5n and 7. Switch to a manual focus or Sigma lens and power on time improves.

Small buffer: The raw buffer has jumped from the NEX-5n's anemic seven shots to eleven. It's worth noting these are Sony's claimed numbers for raw file buffering. These cameras are strange. As ISO goes up, the buffer goes down. With a fast SD card and ISO 100 I get a buffer of eleven with one bonus shot right at the end thanks to the fast card. ISO 6400 drops the buffer to eight shots. This is probably why I had frustration with the 5n's buffer, which would drop to below half a second of buffering at high ISOs. While not a huge difference, for kayaking the larger buffer of the 5r seems to be just enough. Not as good as the NEX-7 but not frustratingly small, and unsurprisingly it clears to the SD card much faster than the 24mp NEX-7.

Center only AF while shooting video: Things here have not changed, even when the camera is set to continuous AF and a side focus point is chosen, the camera still focuses in the center of the screen. Focusing has improved however, there is less hunting and the movement is smooth (and slow) when switching from near to far objects.

Strange CA issues with legacy lenses: I haven't shot the NEX-5r enough but assume this puzzling issue will still be present from time to time. I saw it on both the NEX-5n and NEX-7 and have come to believe it's from light bouncing off the sensor and uncoated rear element of old lenses.

The NEX-5r is everything I liked about the NEX-5n with almost every problem fixed. Sony has continued to improve each generation of the NEX series. Hopefully some day we'll have the lenses to match the cameras.

One of the largest additions to the NEX-5r is phase detect auto-focus sensors on the sensor itself. This is a great addition, but Sony's kit lens is so poor I disdain using it, and third party lenses like the great Sigma 19mm EX DN don't benefit anything from it.  Sony needs to make some better lenses for the system that aren't slow and poor optically or too fragile like the 50mm f/1.8 OSS.

Two small things are a step back however. The first is the connections for a carrying strap are no longer the stationary, out of the way connections used on the NEX-5n but are the dangling, potentially loud affairs used on the NEX-7. Sony also decided to do some penny pinching and expects NEX-5r users to charge their batteries by plugging the camera into a USB cord. That's right, a stand alone battery charger is no longer included. Two small problems mixed in with many great improvements. 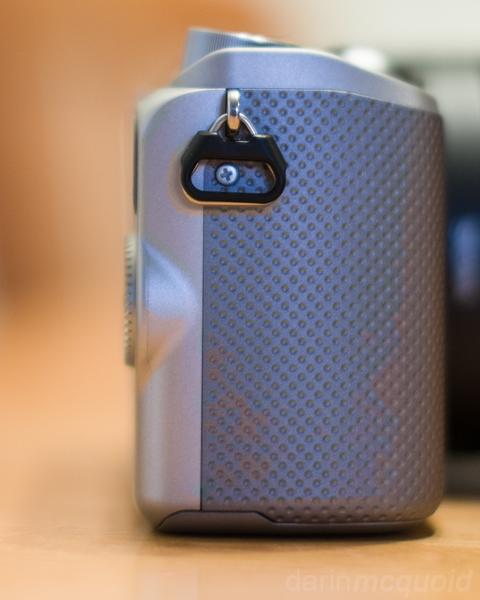