Celestial Falls was past being in the limelight when I started kayaking in 2003. Once often run, then made illegal, then ran with pool toys, this waterfall still gets run a decent amount but has no hype around it. That was ok with us, because it looked like a beautiful waterfall and we wanted to see what this bit of whitewater history is all about.  A quick google search got us directions and we're heading east on Highway 84. The scenery changes quickly as Hood River fades in the rear view mirror. Green transitions to brown at The Dalles, and we're in the high desert. Mt Hood still dominates the view out here.


An old barn and Mt Hood. 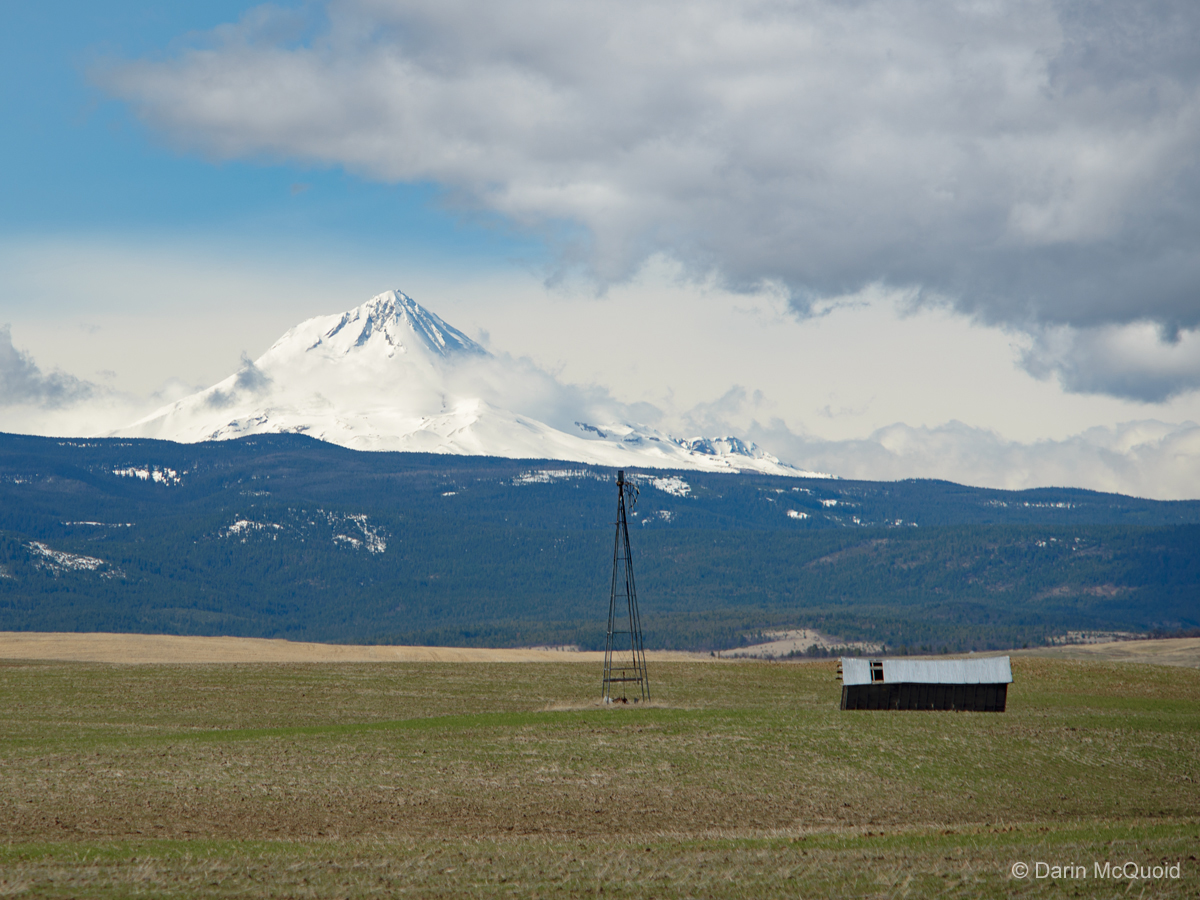 The White River flows through the high desert and is barely noticeable at ground level. It cuts through the plateau and isn't visible until at the lip. This gives the river a very different feel from what we're used to. We watch for the sign and pull in to a gate. It's early in the year and the parking area is closed, perfect for us. It's a short walk to lip of the gorge. A quick scout reveals the seal launch location and a few minutes are spent getting the camera gear setup. It's an inspiring place, and a bit overwhelmed I get the rather standard shots.


Jonas Grünwald at the lip of Celestial Falls. 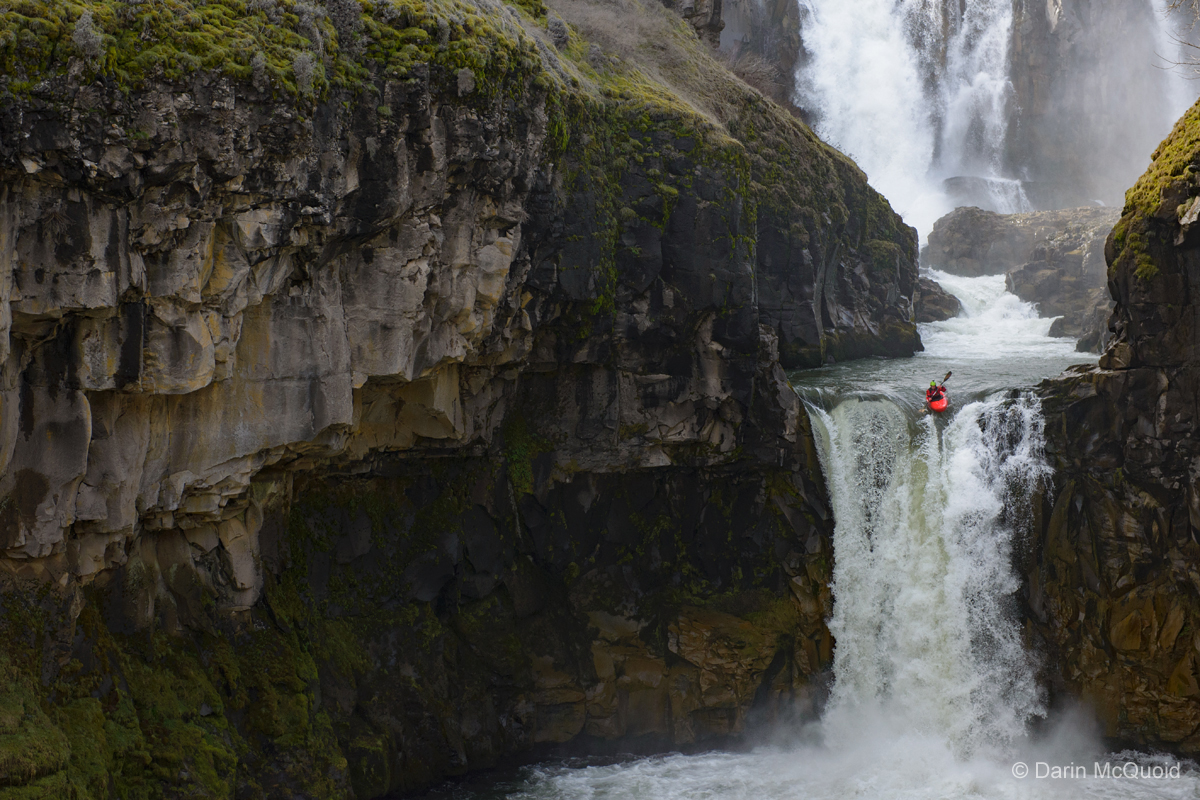 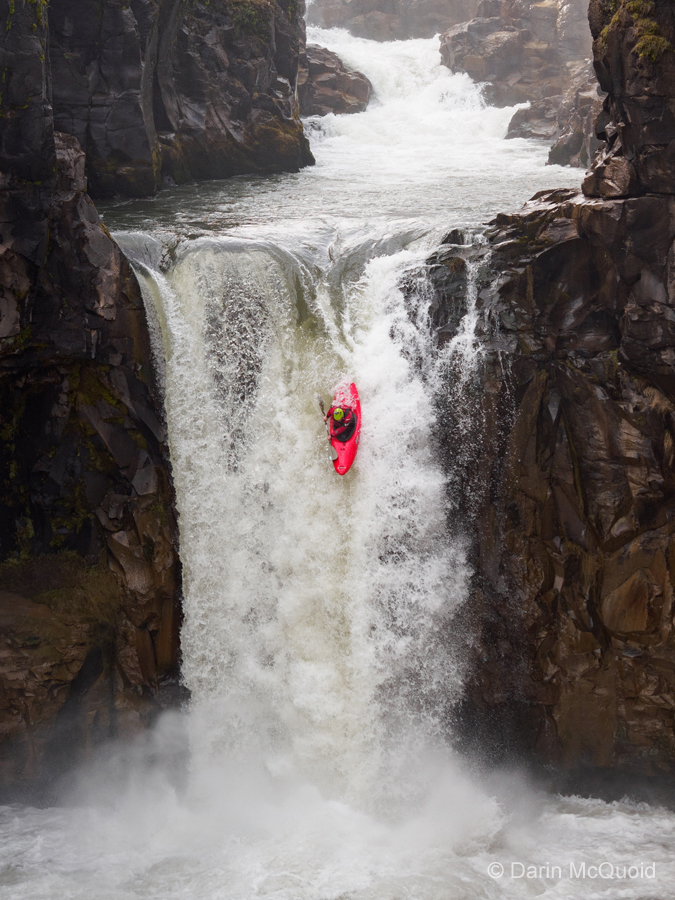 The amphitheater for the falls is just incredible. ‎Tom 'Zany Duracel' Rainey. 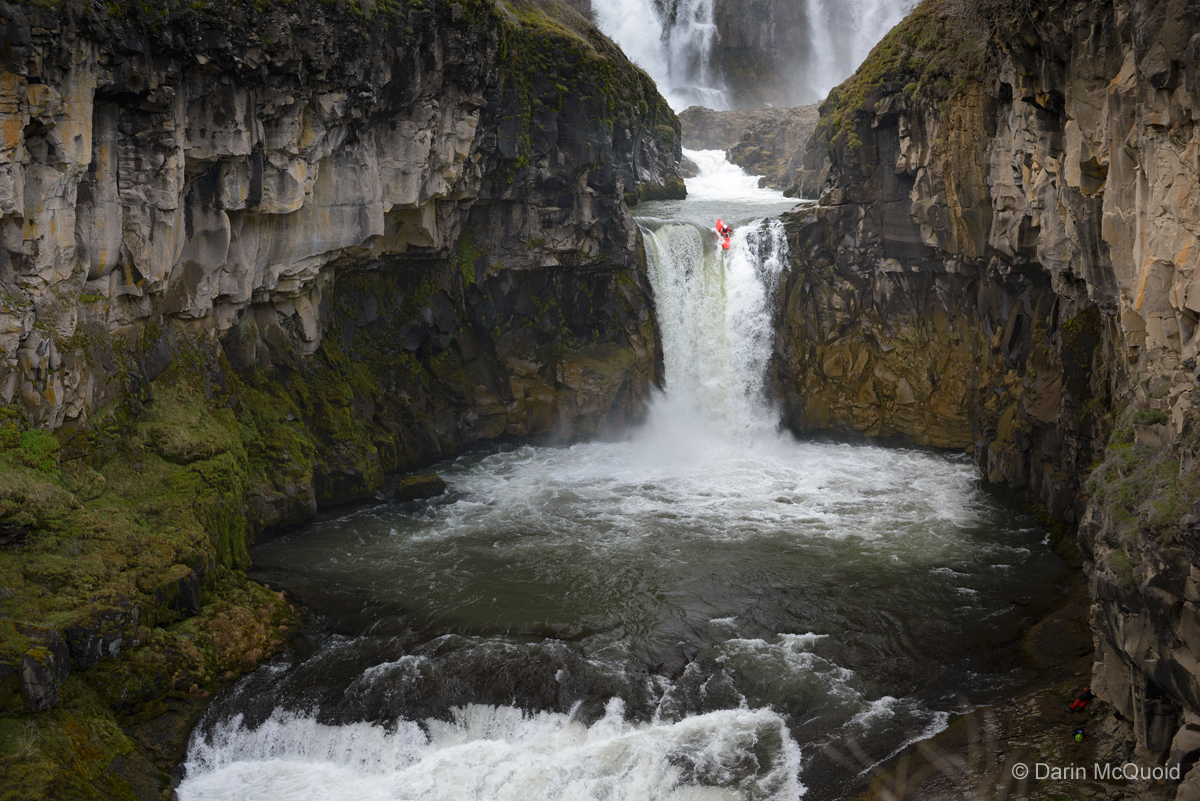 I had no idea that this part of the White River was once developed. Ruins of a power station just downstream of Celestial Falls. 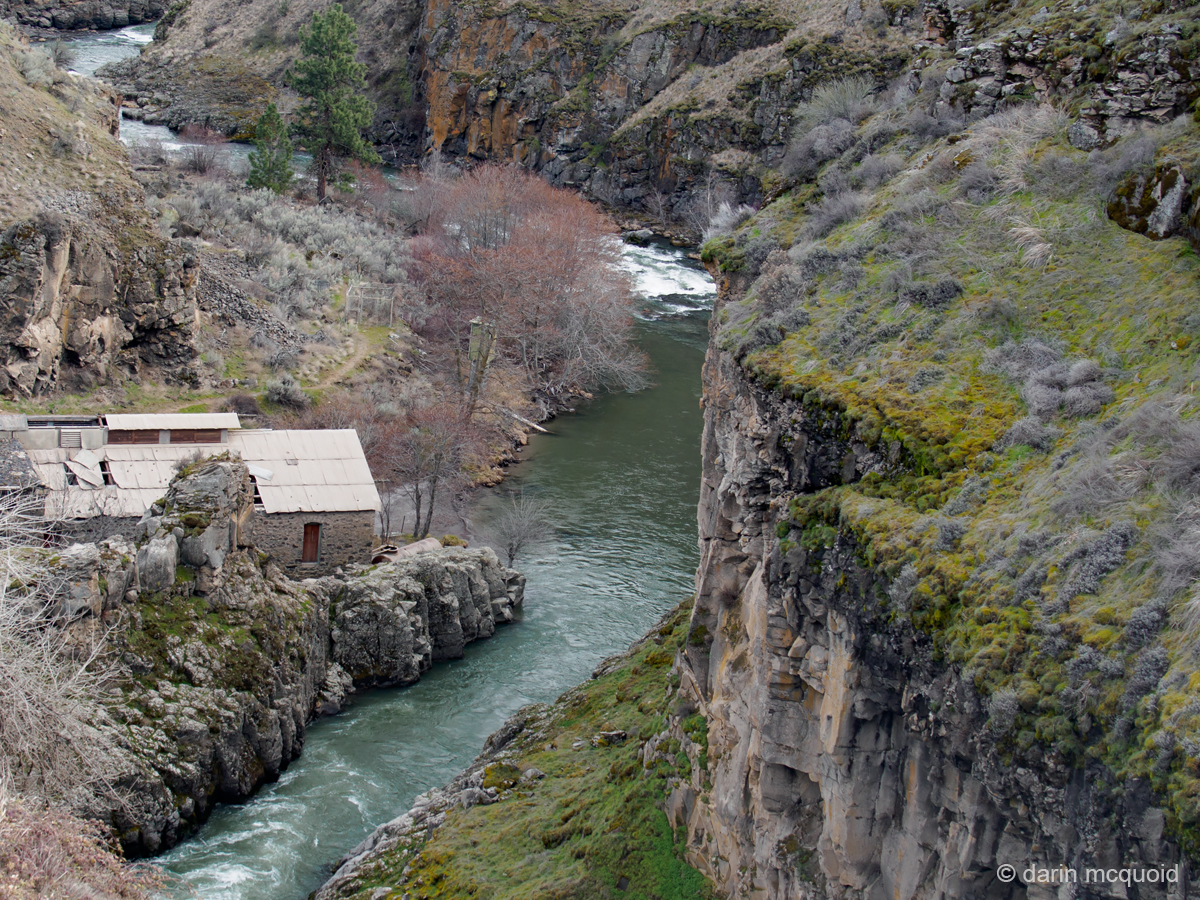 After a bit of thinking I realize the ruins were an interesting part of the story at Celestial and setup my camera on a tripod behind them. The author runs the falls. 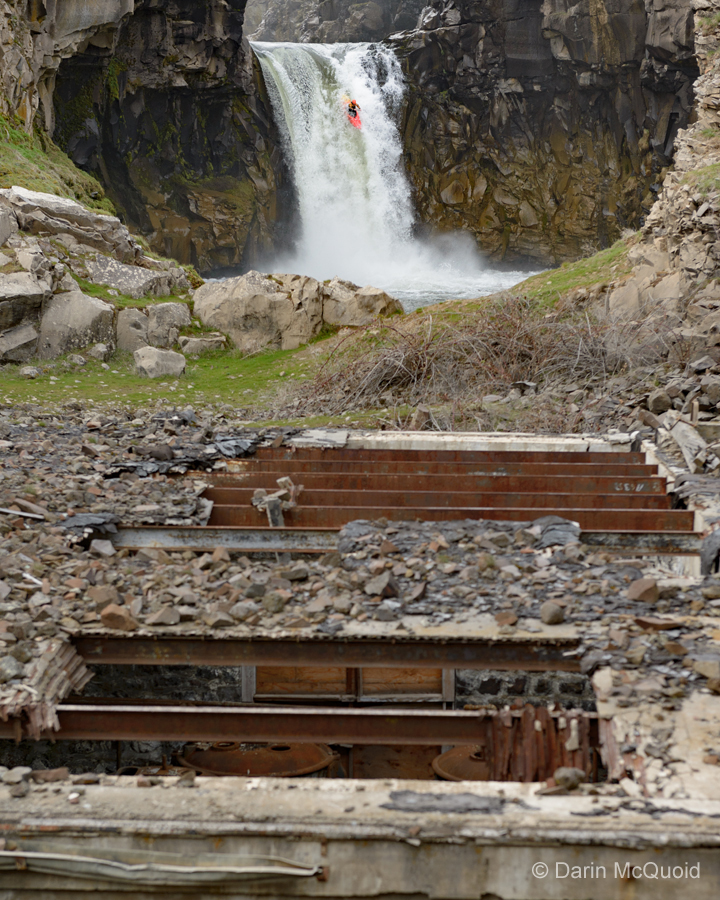 At the lip it was larger than expected, kind of like Metlako. Big but fun with an easy line. 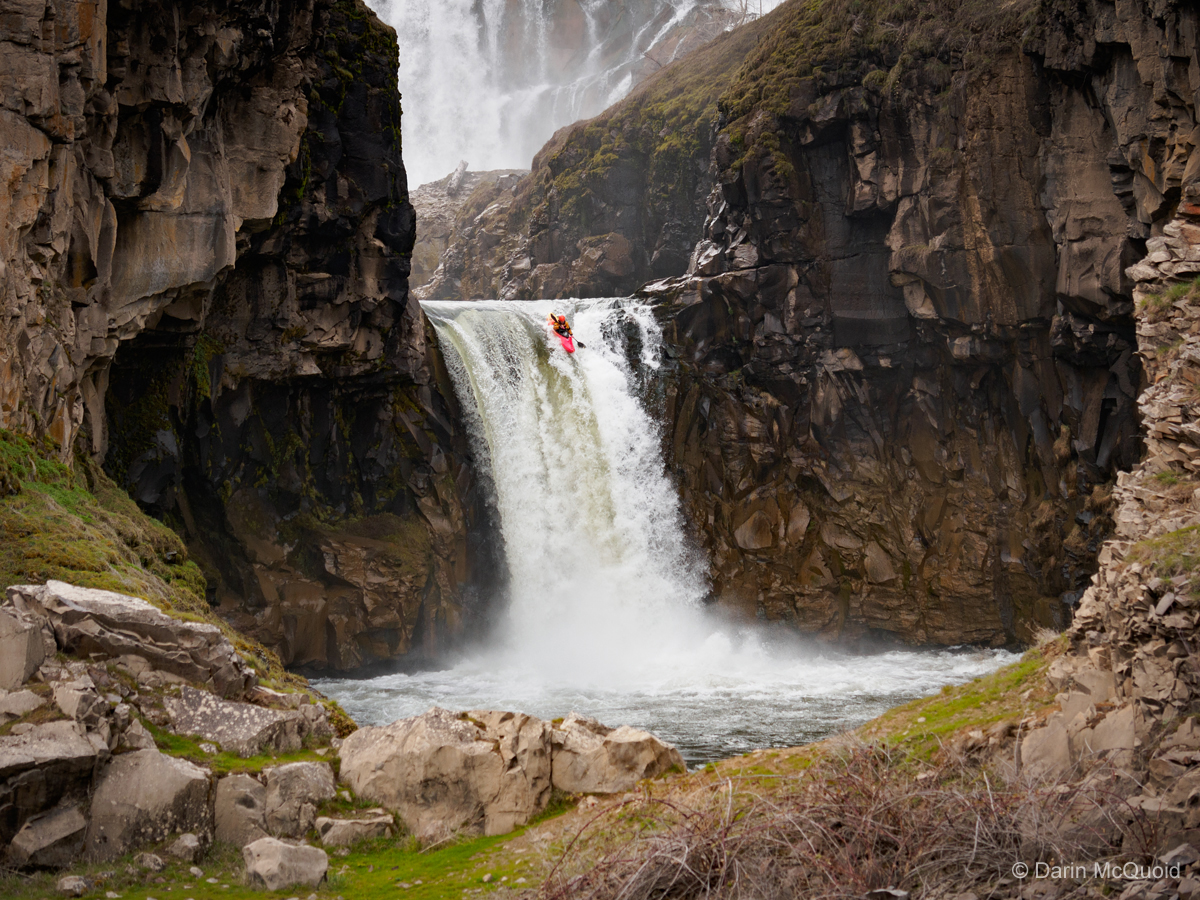 After the run we head back to Hood River and eventually California and Germany respectively. A flower blooms with the Columbia River in the background. 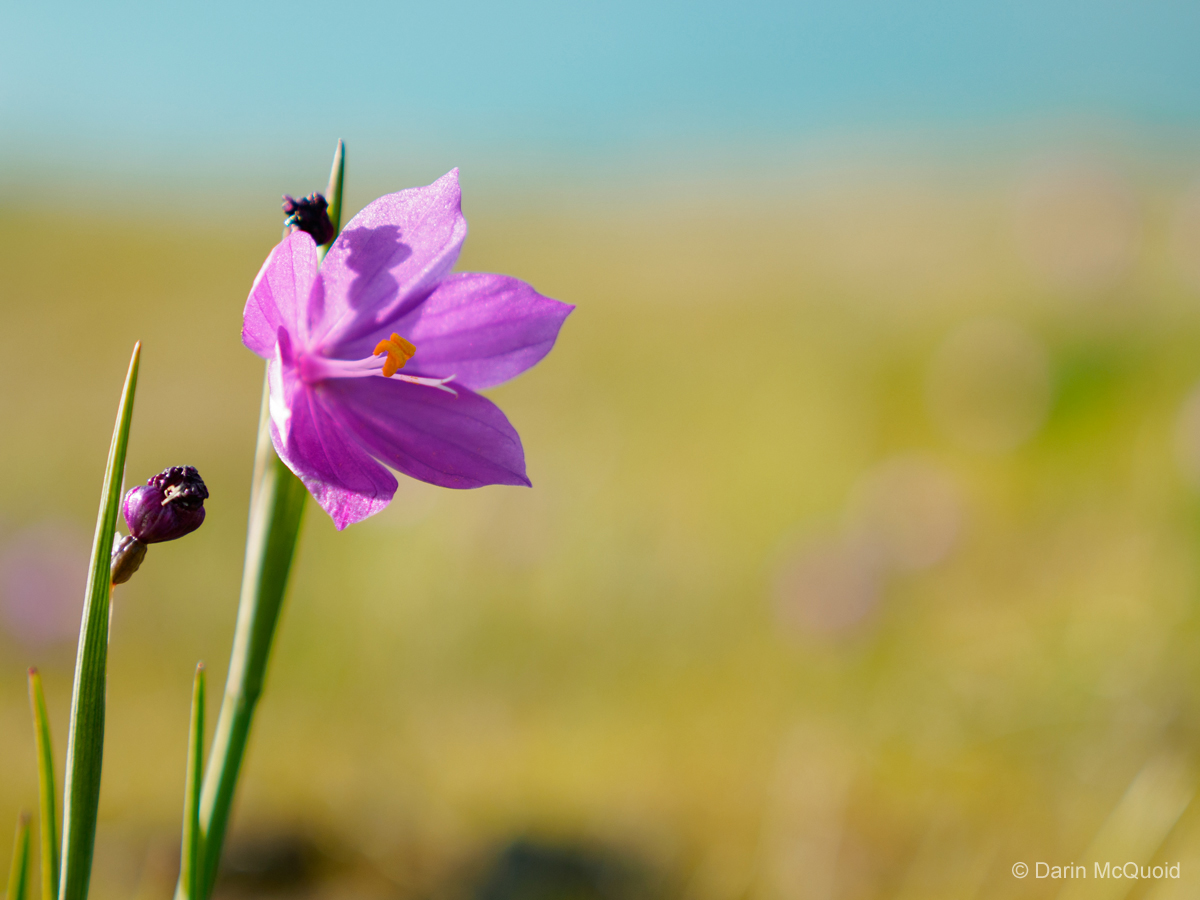