The Rauma and kayaking in Norway. Daniel Brasuell and bagels. Professional kayakers and gopro selfies. Some things are inseparable in our mental imagery. As circumstances dictate, we're headed from the Driva to the Rauma after a rainy nights camp. Yet we are not going not the classic section that comes to mind. It's far too high with the recent rainfall. Instead, we'll run the Upper Rauma. The Upper Rauma? I have not even heard of it, but as we set shuttle on the road it looks good; classic pool drop character. Really more like lake to drop character. The flats are completely still and long, but the rapids look big enough to make up for any flat. 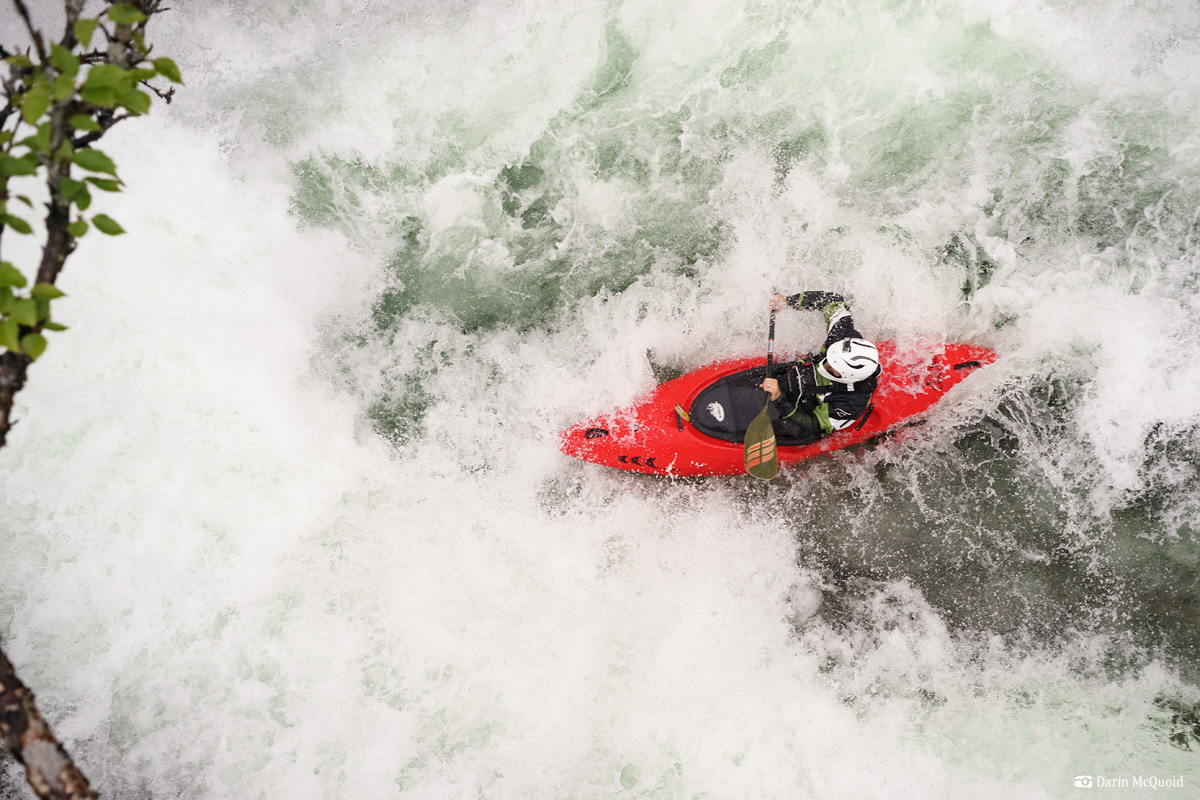 Sony A7, Pentax 28mm f/3.5
Reiner Glanz resurfacing from the first hole in the first rapid. Game on. 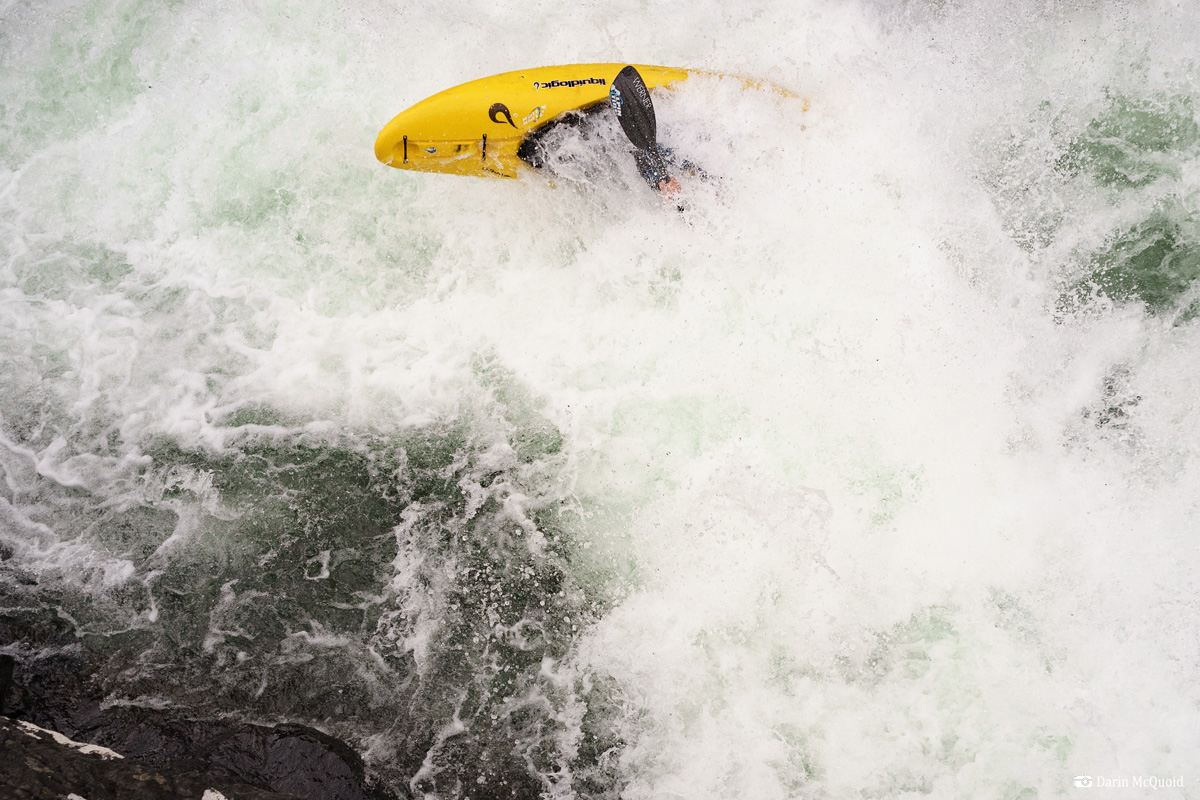 The first rapid has a significant pothole feature. My initial reaction is to portage. That's the great thing about traveling and seeing new things. It can make you think differently. Of course the rock in Norway isn't like the slippery smooth granite of California. Perhaps potholes are not as nasty here? Watching Reiner and Manu run it sell me on the drop, it seems to go better than it looks. While Manu and Reiner charge left on the lead in, Rok and I choose to go right, using a pillow on the wall to move us left of the pothole.


Reiner Glanz paddling hard to get around the pothole. 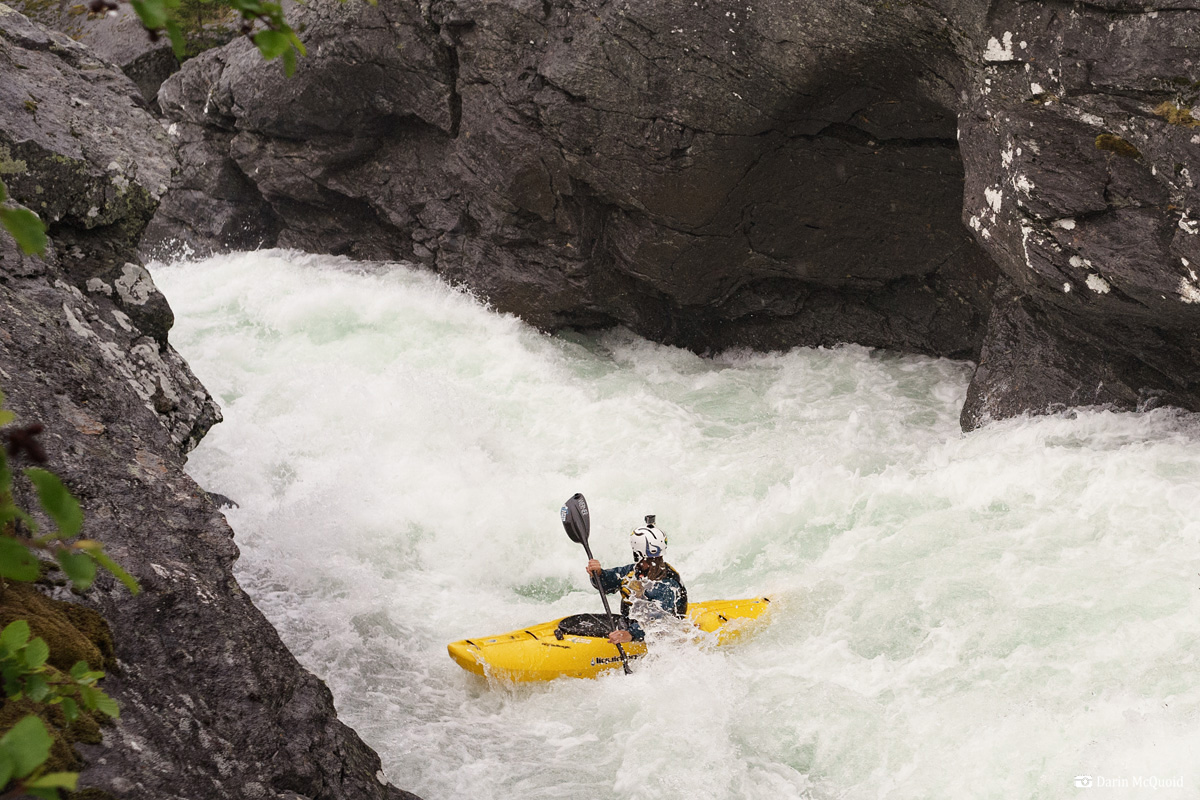 
Manu on the same. 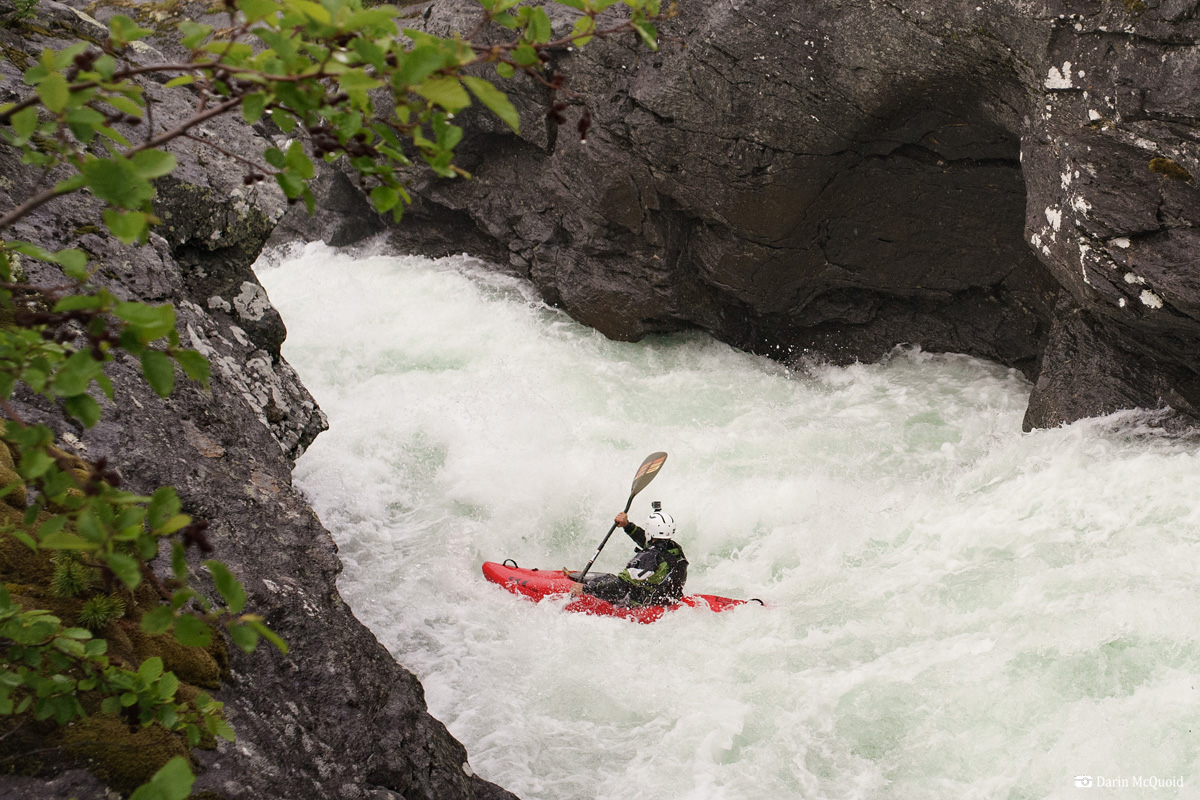 Drizzle keeps the camera in the waterproof case for all but the largest rapids. Reiner Glanz at the entrance to "Mini Huka". 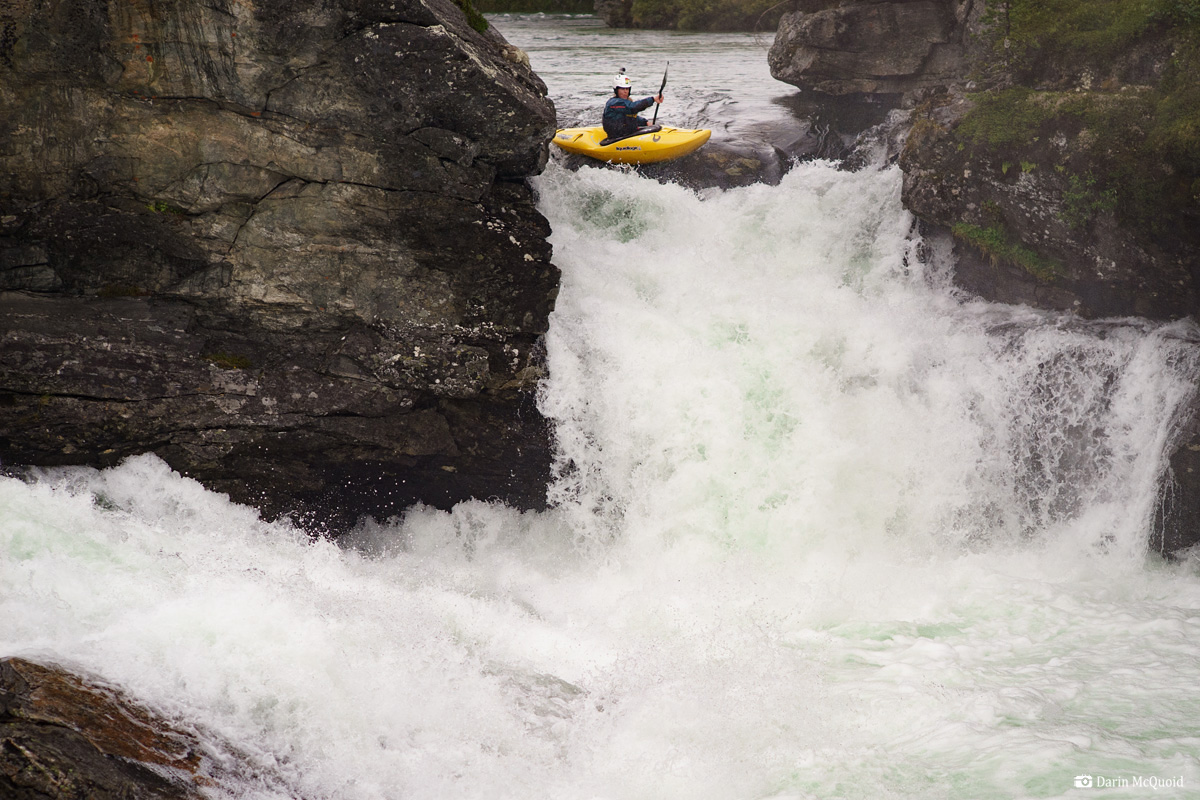 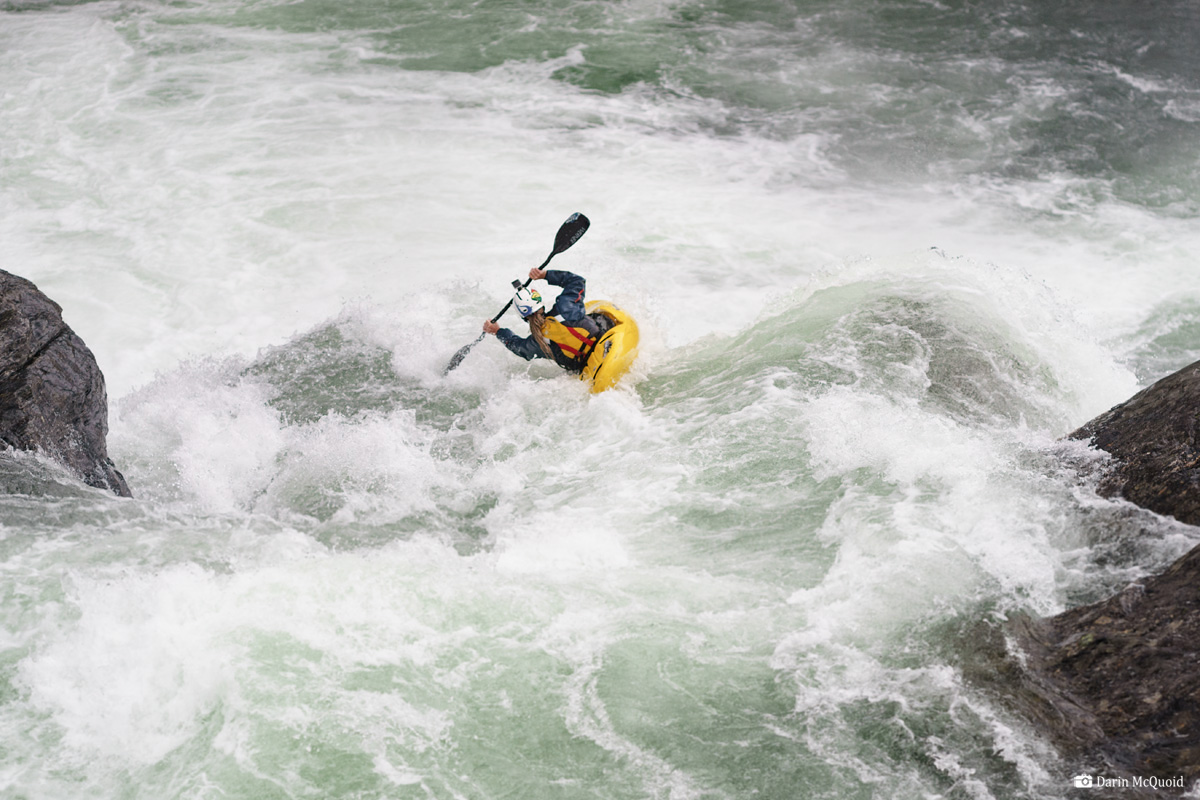 
The Upper Rauma is the rare river that pulls off being roadside with an easy shuttle, yet the road is not intrusive at all. The thick, luxuriant forest shields the river, after the first two rapids we can't tell the road anywhere nearby. When combined with the rain and big volume, it feels quite remote.


Rok Sribar scouting some heavy water on the Upper Rauma. 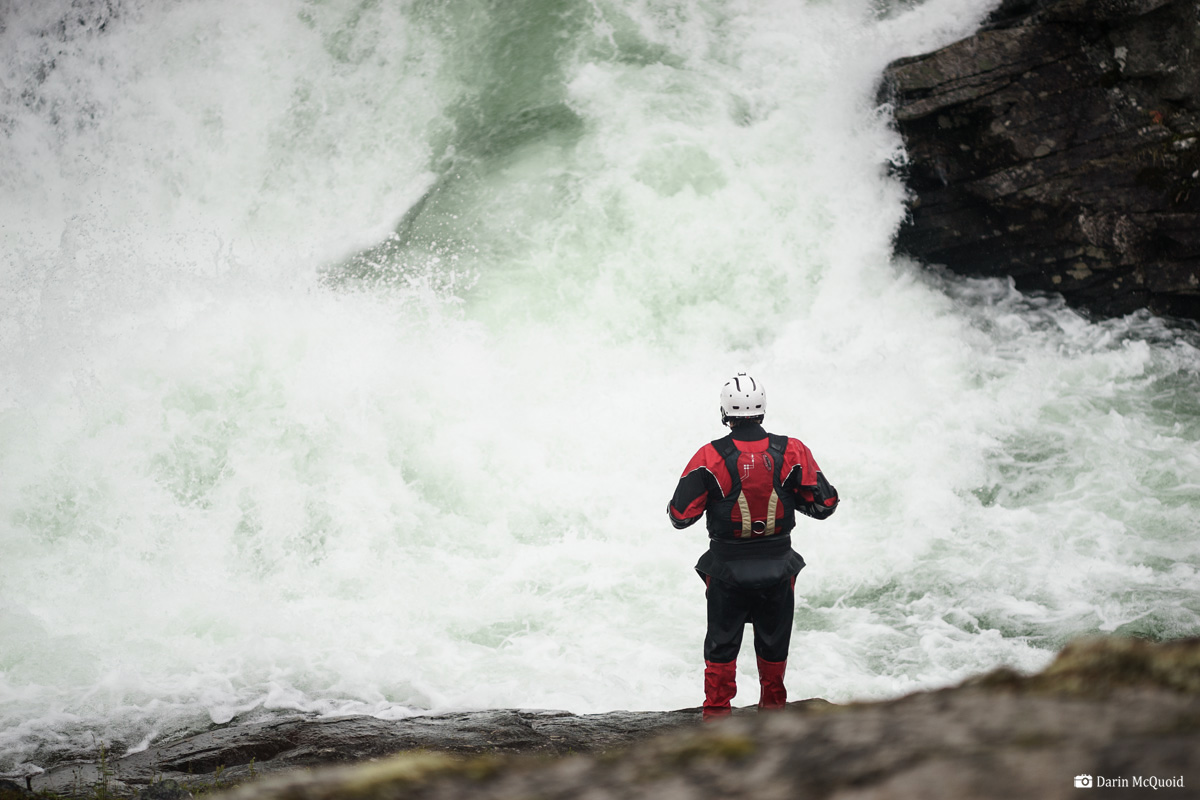 We scout nearly every rapid, as there is nothing mellow in here at this flow. Each rapid is big, yet goes better than it looks. Perhaps that's the nature of Norway or perhaps we are just lucky today, because it looks like there are plenty of holes to surf.

Manu Koehler. This rapid was strange, a big lateral curler that wanted to push you into what looked to be a shallow rock on the left. Go too far right and into a big hole, so it's a chaotic mess of threading the needle. 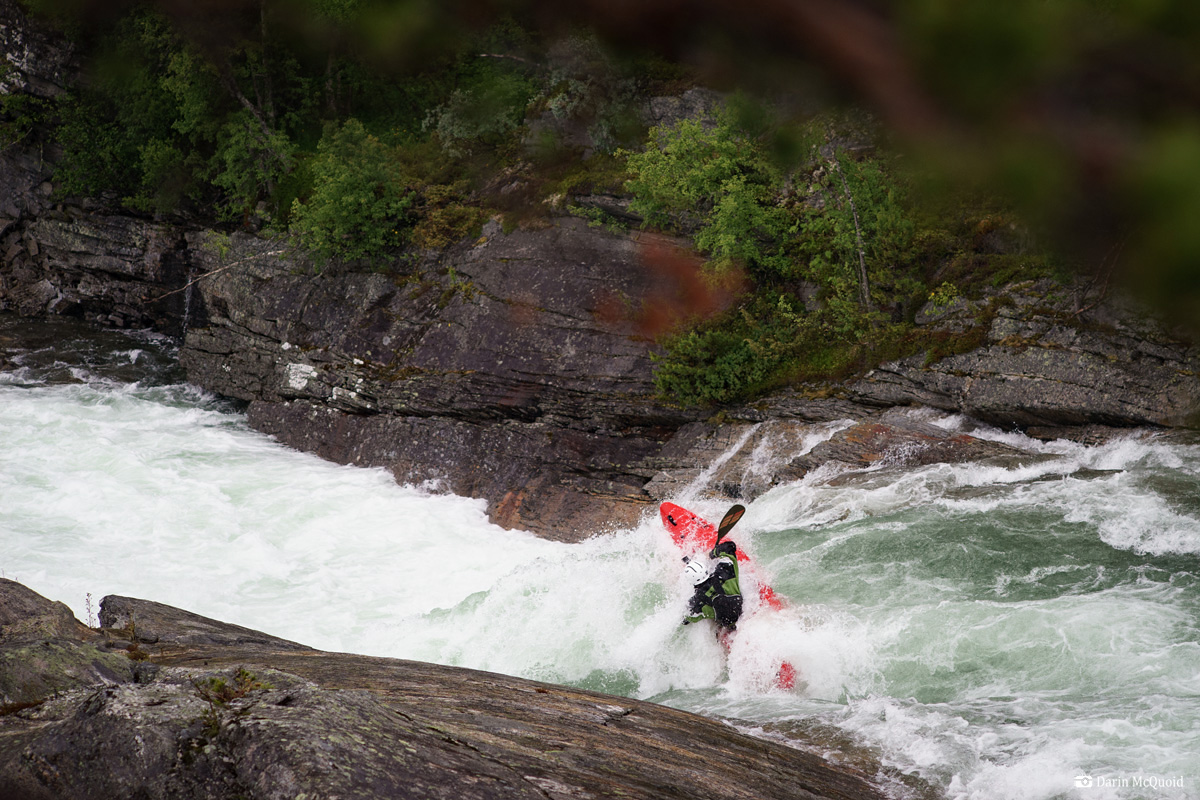 Reiner Glanz boofing through the curler. 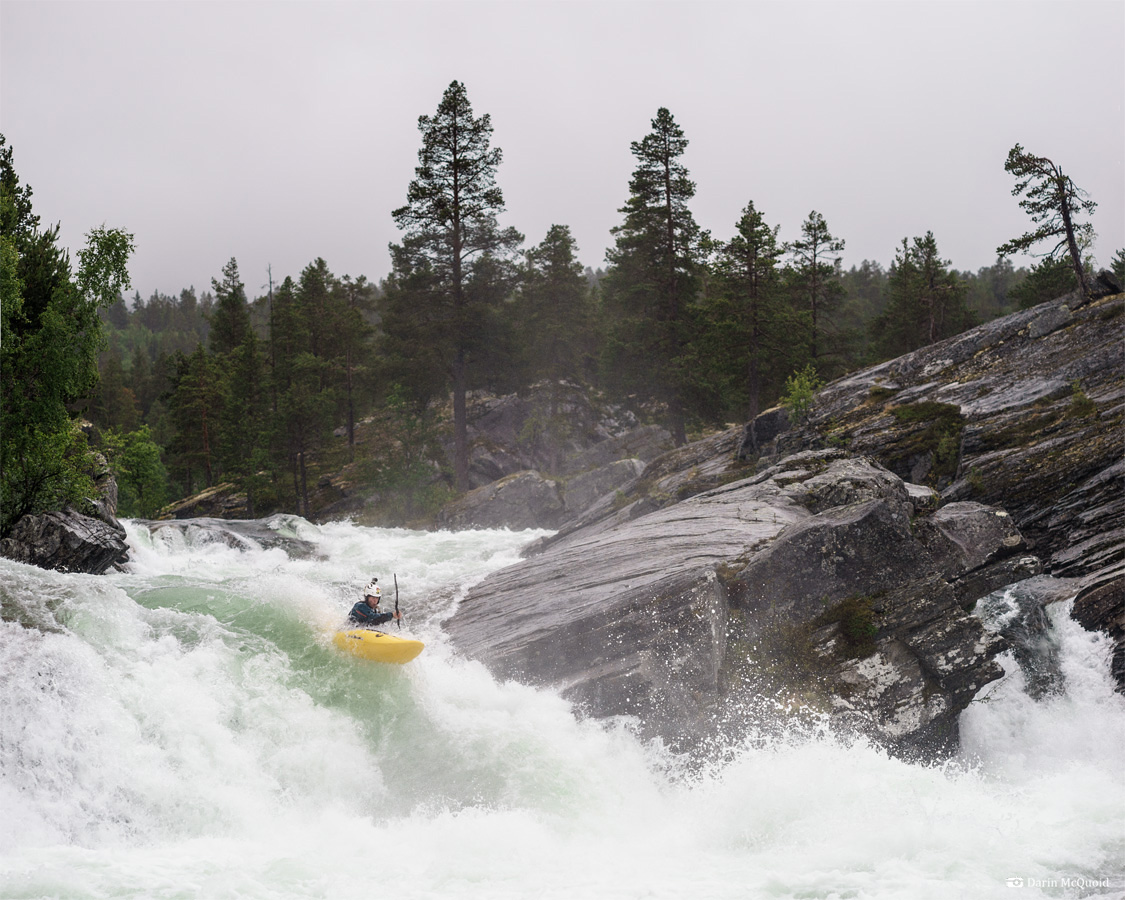 
The curler has a nice long, splashy run out. Of all the rapids on the run, this would be the one not to swim. Eventually it bends around and ends in a long pool, which in turn leads to our take out before the river enters another gorge.


Liquid sunshine while Reiner Glanz attempts to get the shuttle started. 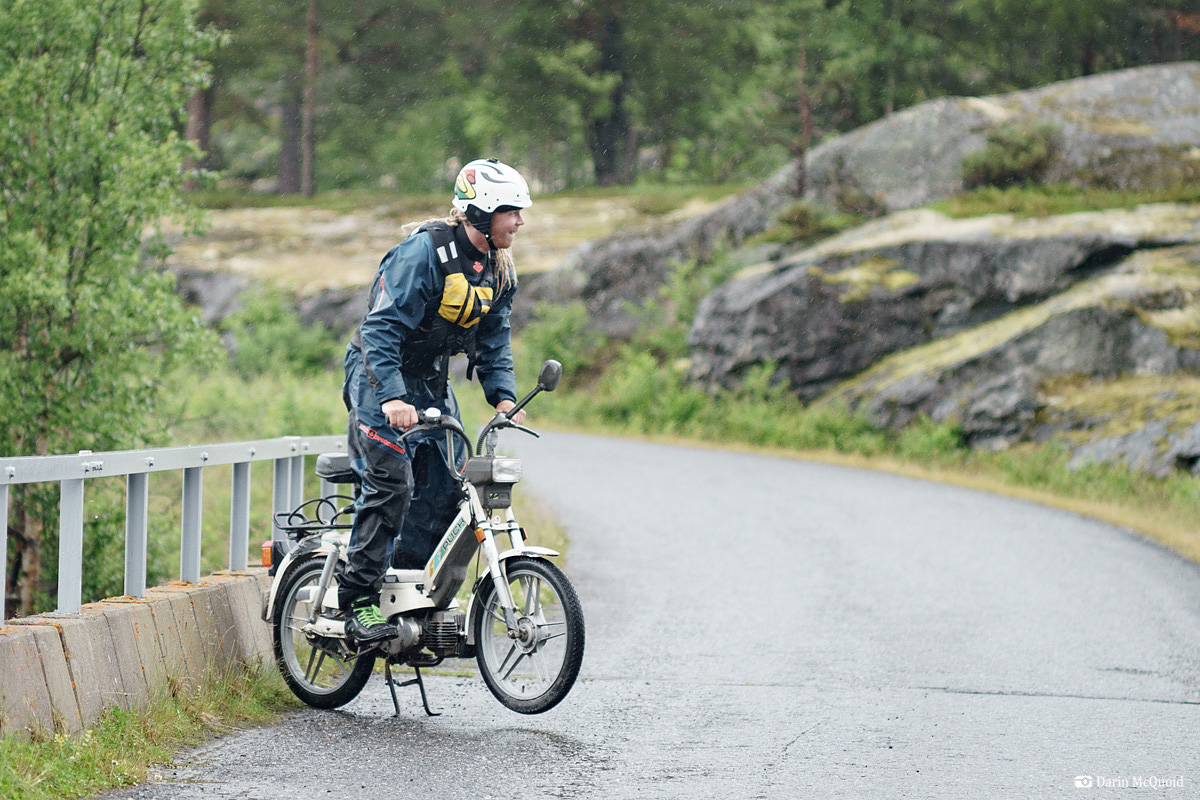 Put In and Take out Via Google Maps. 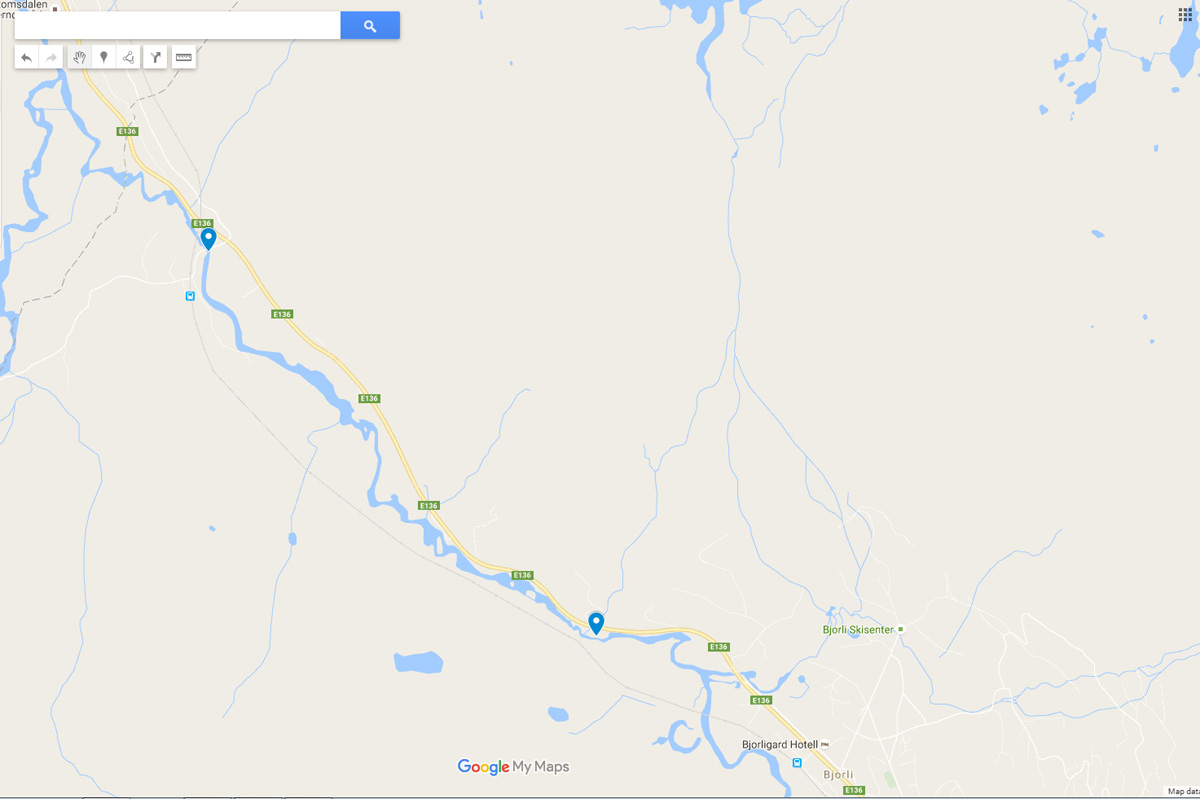